Thankful on Thursday with Smoochie and Blog Hopping with Pepsi 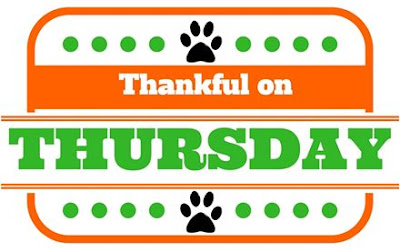 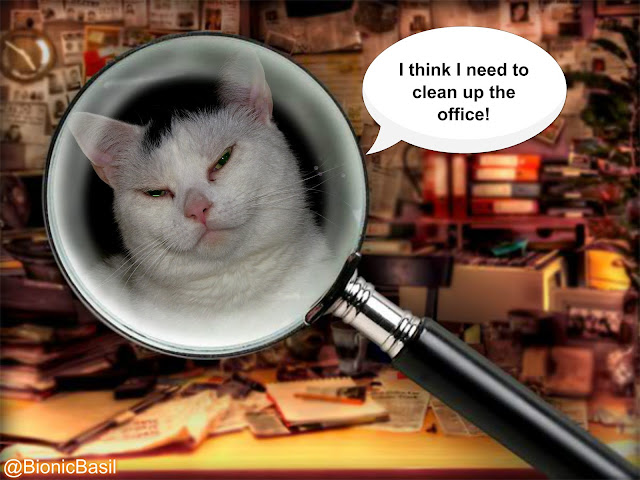 Smoochie is here today being supurr thankful fur having fur-sibs to help him clean up his furry untidy office space and eradicate his gnome purroblem!

"Mew know what?" I said the other day.

"I have no idea how mew manage to get your desk into such a mess," I replied.

Smooch began to chuckle and gave me a little one-shoulder shrug. "I'm sure I don't know how it happens either," he smirked. "But we do have office gnomes that come in at night to wreck the place!"

"Hmmmmm..." I said looking around the room at all the other neat and tidy desks. "It's strange how yours is the only desk they mess with!"

"Office gnomes are funny like that," he began, trying to hold back the laughter. "They only pick on one desk at a time!"

"It's true, I have proof!" he said most earnestly.

After rummaging through his desk drawer, Smooch whipped out this picture. 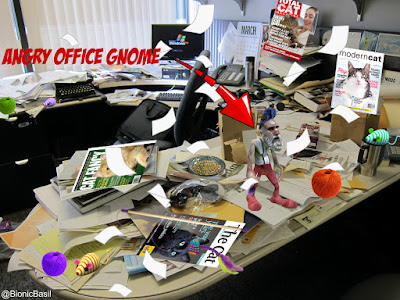 And indeed there was an office gnome and an angry one at that!

"Mew see, it's not me!" Smoochie laughed.

"Appurrently not," I conceded. "So how are we going to deal with this angry phenom-nom-nom?"

"I've set traps and all sorts Basil," Smooch replied. "But so far I've only managed to catch a picture."

"Leave it with me," I said, suddenly remembering an article in the National Geo. "I've got a plan."

The furry next morning... 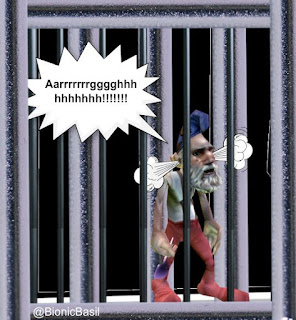 "Basil, how did mew catch him?" Smooch asked in surprise.

"What's going to happen to him now?" Smooch's face filled with concern.

"Don't mew wurry, I'm packing him off  to the Gnome Rehabilitation Centre in the Outer Hebrides, he'll be fine in a decade or so!" I answered. "And now it's time to clean up your desk, and mew have help too."

"Really!" I smiled, as Amber and Parsley entered the room.

We would like to know if any of mew have suffered this office Gnome phenom-nom-nom, aka Unexplained Messy Desk Syndrome - U.M.D.S. - as I'm sure there are more of these gnomes about than we truly know?

We are thinking of setting up Gnome-Watch, so if mew come across any do let us know!

Don't furget to join in