Well would mew believe it, we had snow again yesterday and it was mightily chilled.  Though we have to add the snowflakes that were falling looked more like patchy dandruff than those beautiful, big juicy flakes.  We were really hoping that some of the bigger variety flakes were going to grace us with their purresence but sadly no, we were stuck with the supurr-skinny-diet-snow that forms a moderate yet rather understated sugar frosting effect.

So this week we had our OM-Sesh indoors obviously, as it was even too cold with our fur coats on to go outside and commune with nature... well the only nature communing we did was watch the P.A. freeze as she fed the burds and defrosted their water - we did offur to help - NOT!!!!!

Anyhoo, as we were getting ready to get our OM on, Fudge says... 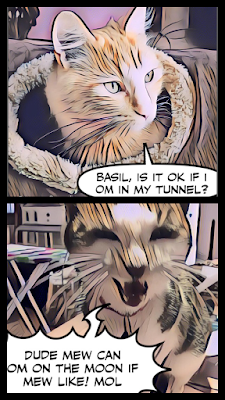 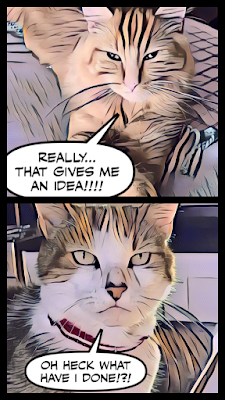 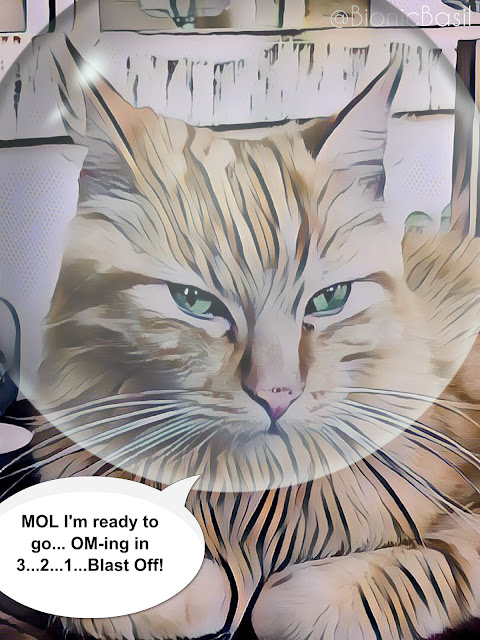 But mew see, this proves that it is pawsible to get your OM on anywhere! 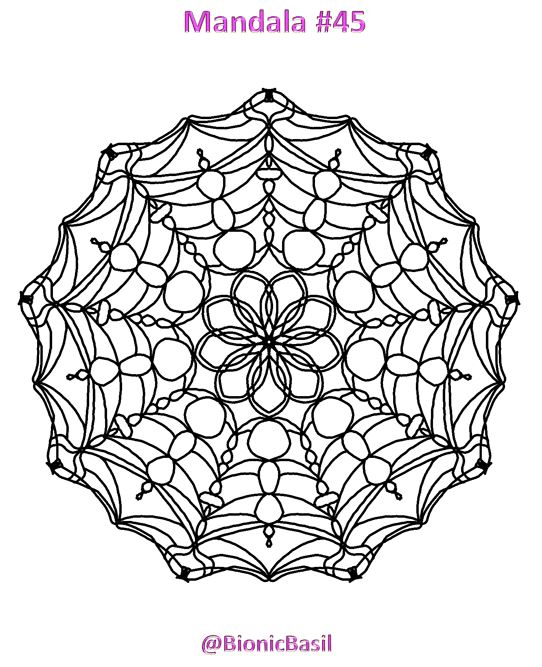 And here's our finished version... a rather odd colour selection fur sure, we have no idea what the P.A. was thinking! MOL 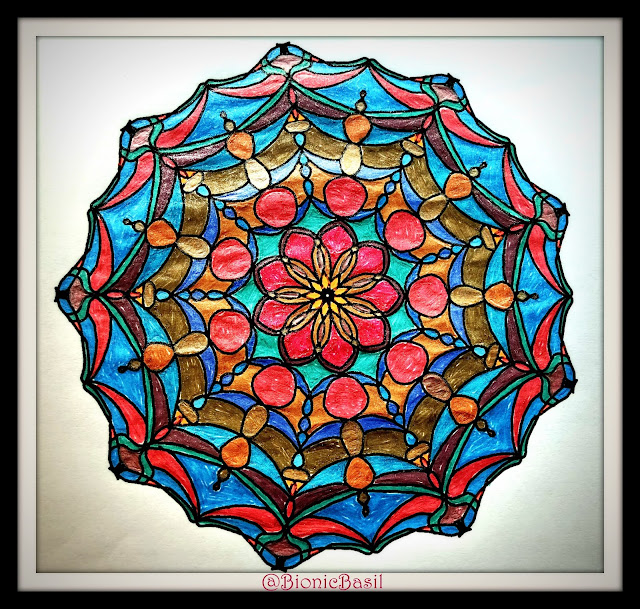 So on that note we'll say bye fur now and hope to see mew tomorrow fur The Saturday Special on Tuesday when we'll be featuring some of the best noms in the cosmos! MOL