Colouring with Cats #58 ~ Getting Your OM on with Mandalas on Mondays & WE WANT WARMS, WHEN DO WE WANT THEM? NOW!

Well, guess what we had offur the weekend?  The Beast From The East Part Deux!

Like seriously, we went from +12C to -6C in less than 12 hours and got covered in the white stuff again - brrrrrrr - I mean come mew weather gods, let Spring do its thing purrlease!

While I like a snow day as much as the next kitty, mew know it's getting a little boring now with all the cold, and me and The B Team are READY, like really READY fur some consistent warms, not these empty purromises of warms, and then they're not even really REAL warms either, just a half-baked attempt at a temporary warm.

WE WANT WARMS, WHEN DO WE WANT THEM? NOW! 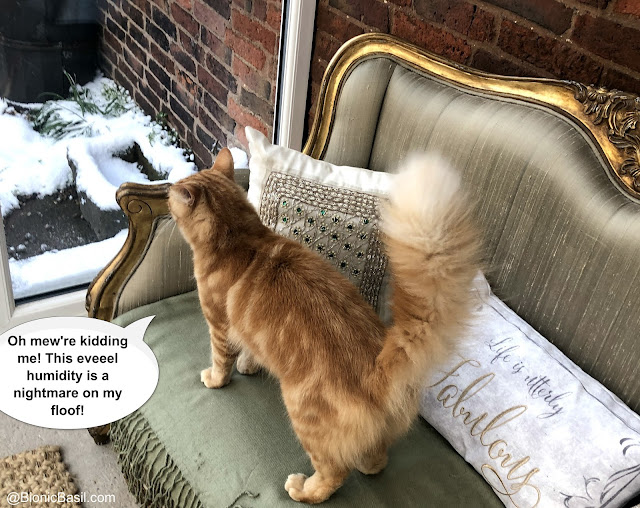 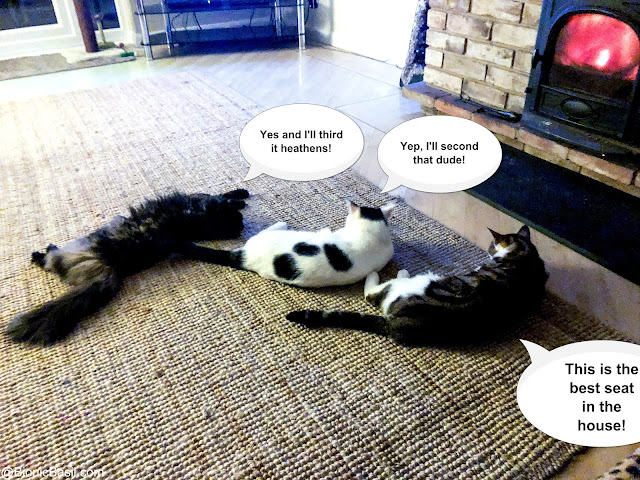 But soon wurd spread and I was no longer alone, and found myself having to pass on my uber warms via osmosis to Smooch, who then furry kindly passed them on once more to Pandora.

A WARMS TRAIN IN MOTION - get your thermal imagining out and mew'll see the heat transference! MOL 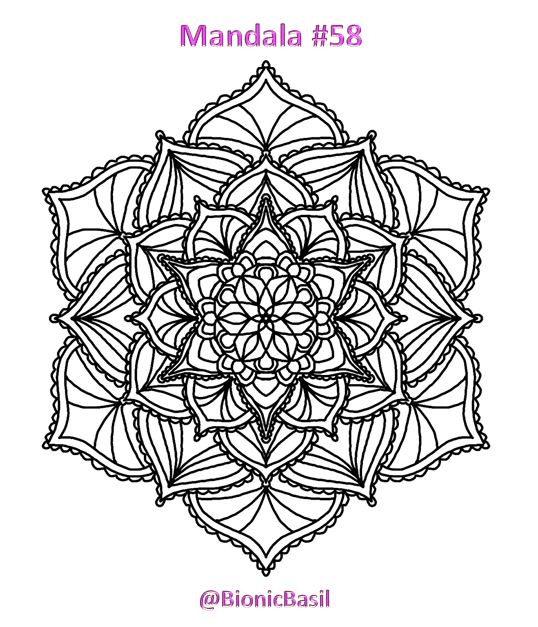 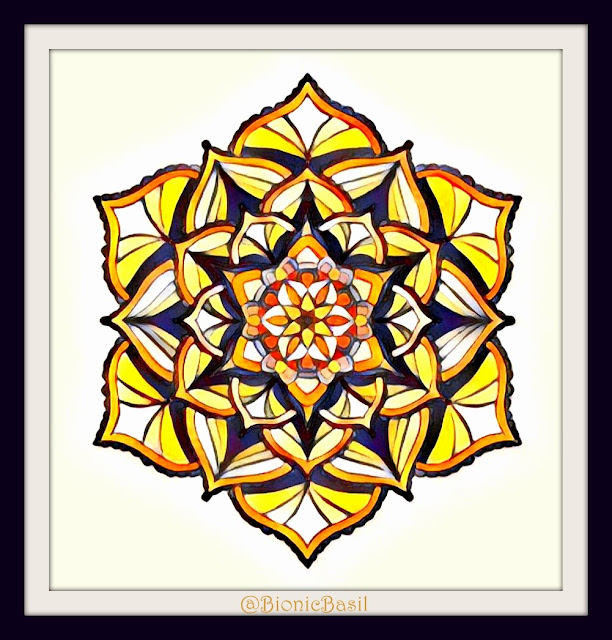 So on that note we'll say bye fur now and hope to see mew on Wednesday when Amber is back with a sequel to a book she shared a few weeks ago.