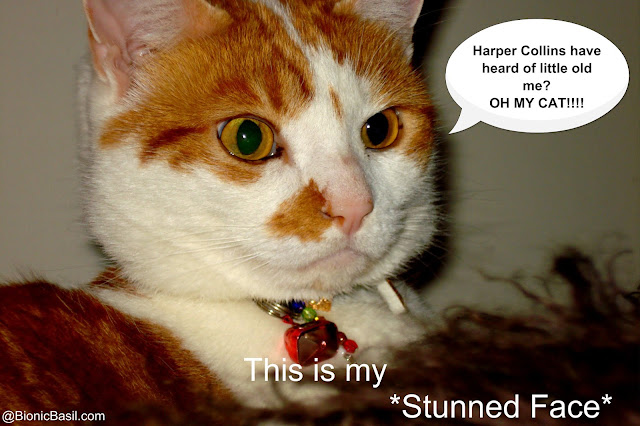 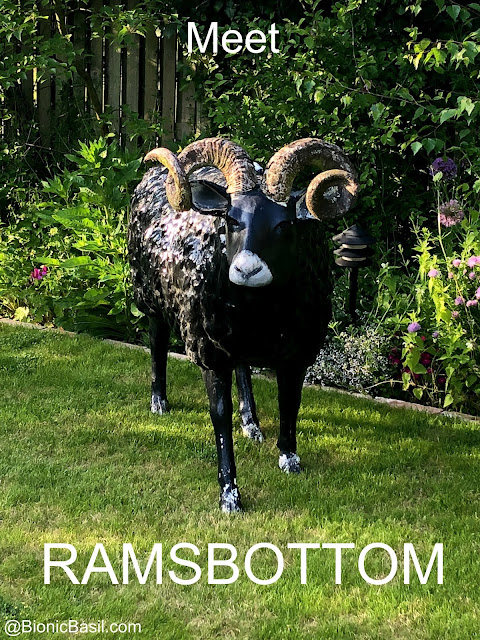 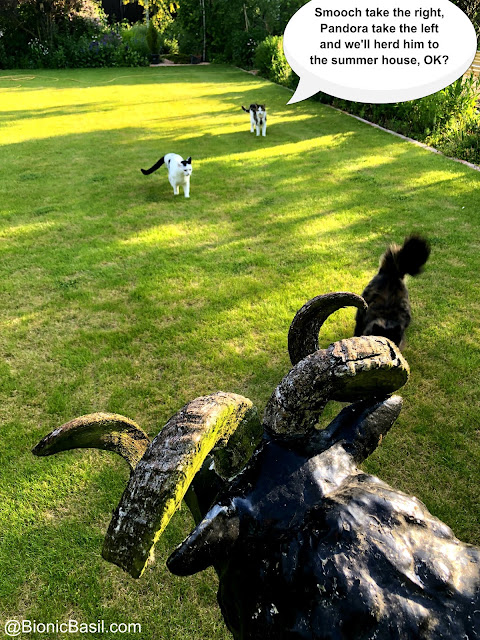 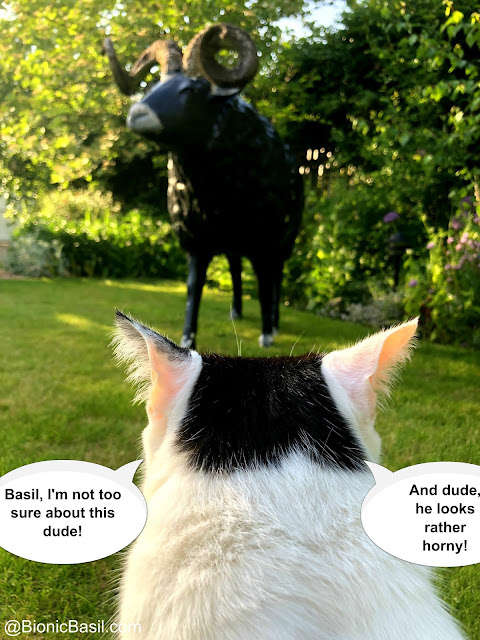 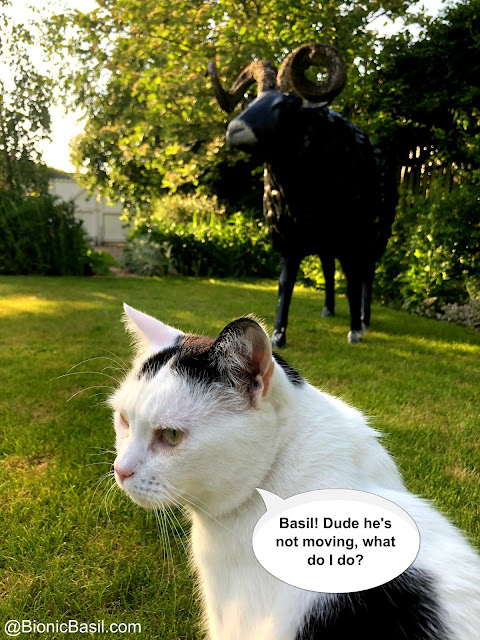 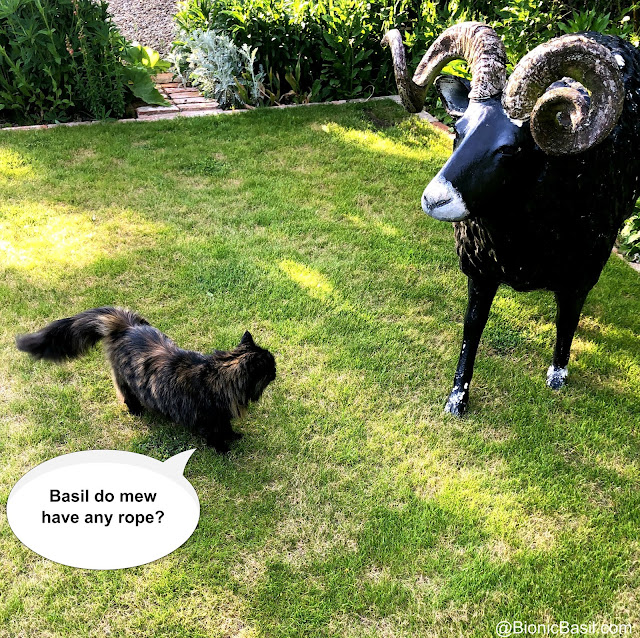 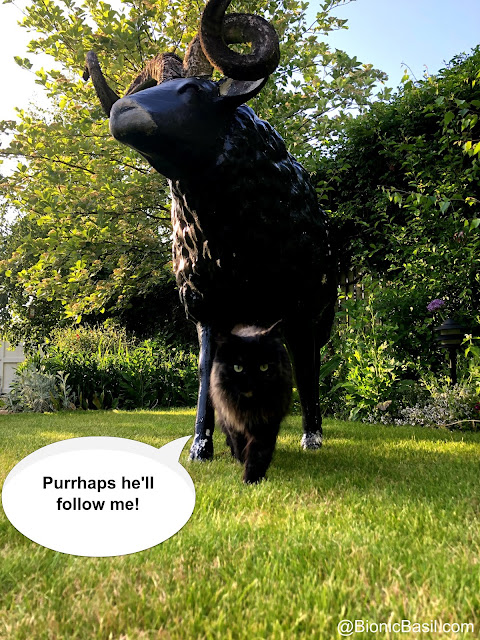 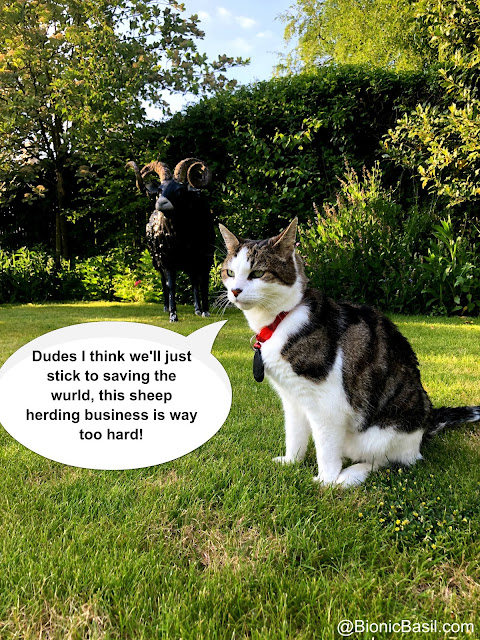 Oh, and if mew're wundering, Ramsbottom is still in the garden and is still refusing to move at all. 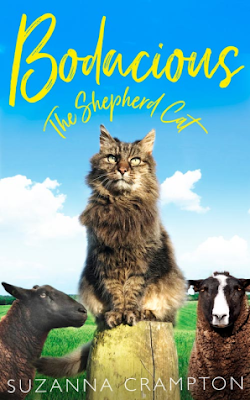 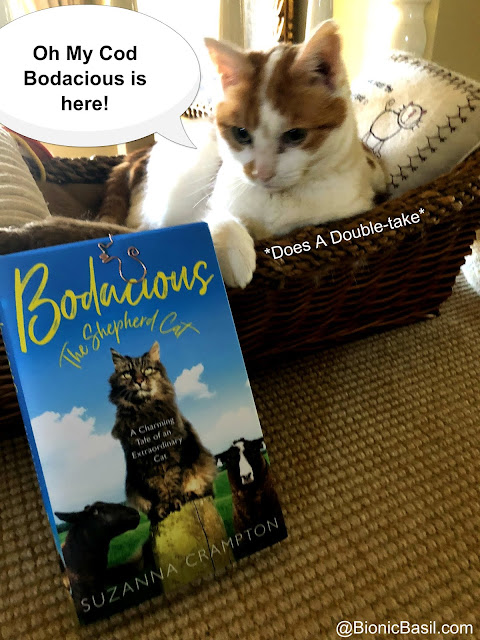 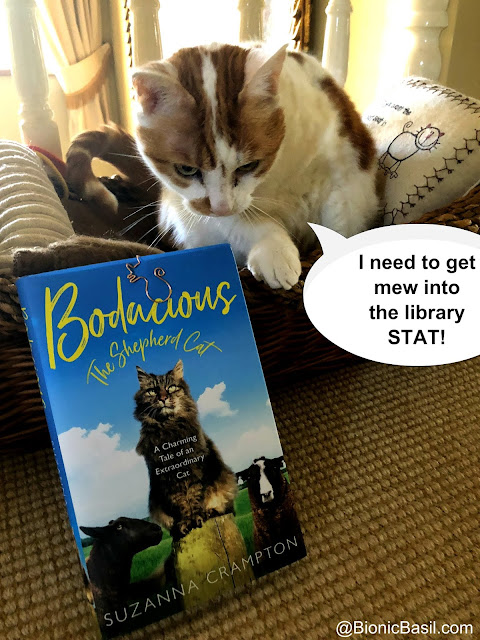 The breed of sheep which Bodacious herds are called Zwartbles, they're black with white socks & hooves, a white-tipped tail and a white blaze on their face, so they're furry distinctive in their appearance. Furry cute woolly jumpers fur sure, and I'd certainly like to try a blanky made from their wool someday as it looks supurr soft.

I'd like to say furry many thanks to Harper Collins fur letting me get my paws on this exclusive preview copy with the most supurr cute kitty bookmark clipped on the front cover too, thanks so much guys!

Sadly it's time fur me to say BFN or bye-fur-now as mew know the drill, so many books, so little time and don't furget that I'll be back in the Autumn/Fall with another selection specially paw-picked cat-themed books just fur mew - that is unless I discover something truly EPIC in the meantime! MOL