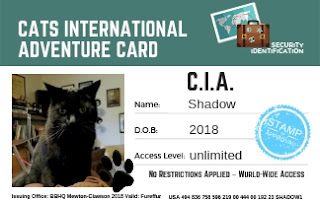 Now some of mew may not know that Shadow like myself is a tripod, tripawd, tripawed or 3 legged kitty -  I'm sure there's some purrliticolly correct terminology to use but I always say tripaw! MOL

So how epically epic, that not one but TWO tripaws head out on the adventure of a lifetime, OH MY COD it's gonna be so much fun!

"Hiya Shadow dude, come in, don't hang about out there in the cold!" I chuckled.

"Smooch dude, oh my cod!" Shadow said as he entered the TTTB and looked around the bridge. "Mew guys have the best toys effur, jeez I gotta sign up and join The B Team fur sure!"

"So Smooch what have mew got planned fur me?" Shadow asked eagerly.

"Oh my cod, we're going up north to find Catmas!" I laughed as I saw Shadows expression.

"Yes indeedy we are, and mew just need to hit that red button and we'll be there in a jiffy!" I answered.

Shadow peered at the red button and grinned madly. "Dude thanks so much fur this!" His paw came down hard and the TTTB vanished. 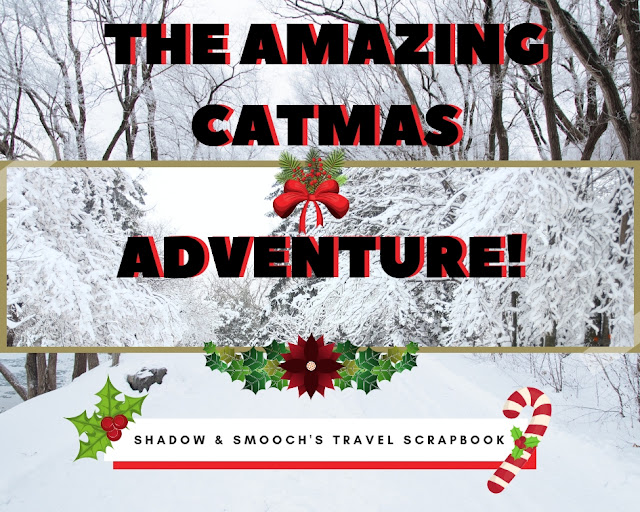 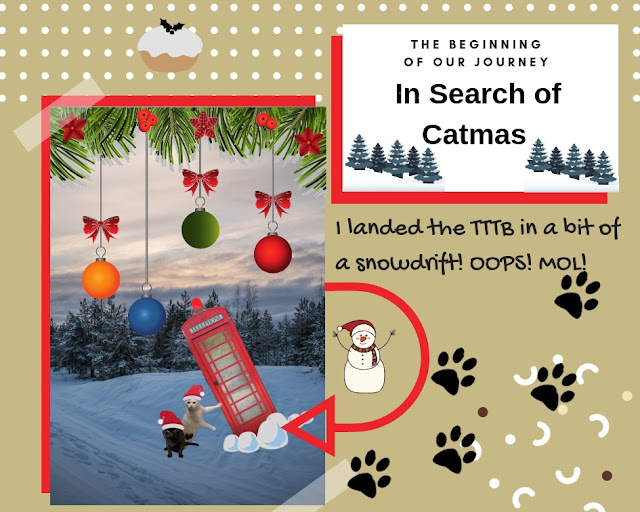 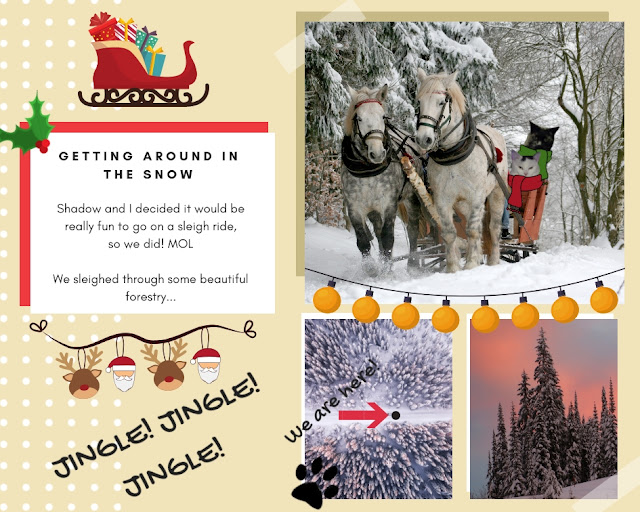 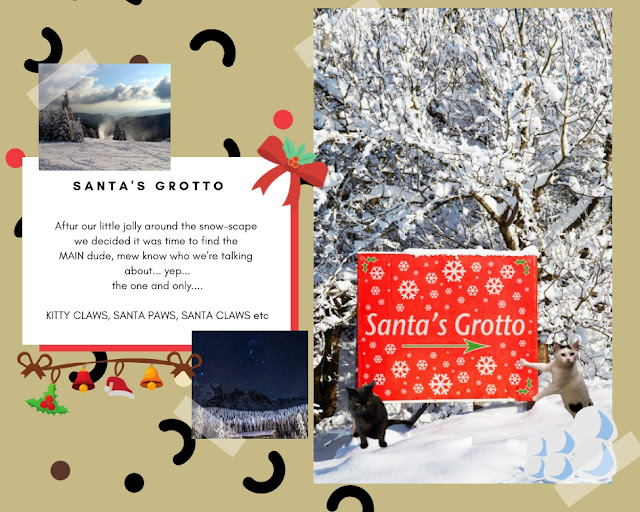 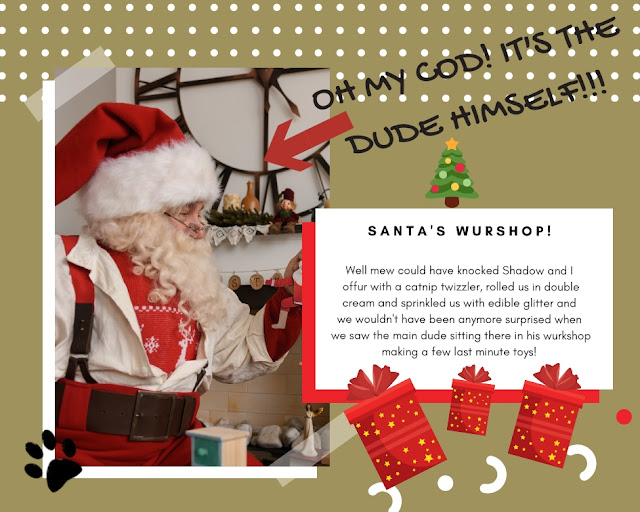 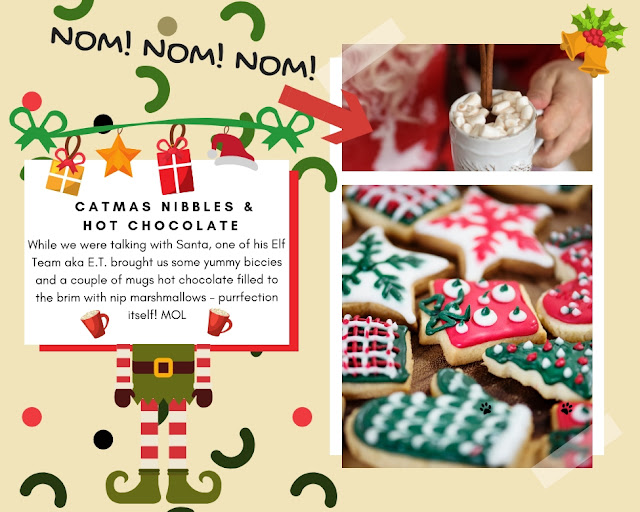 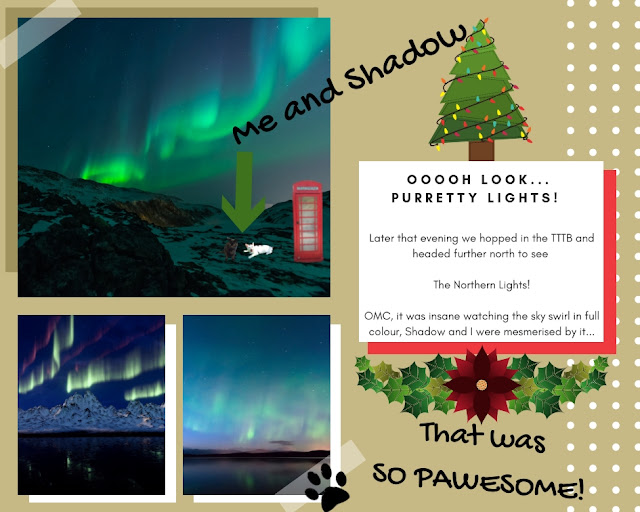 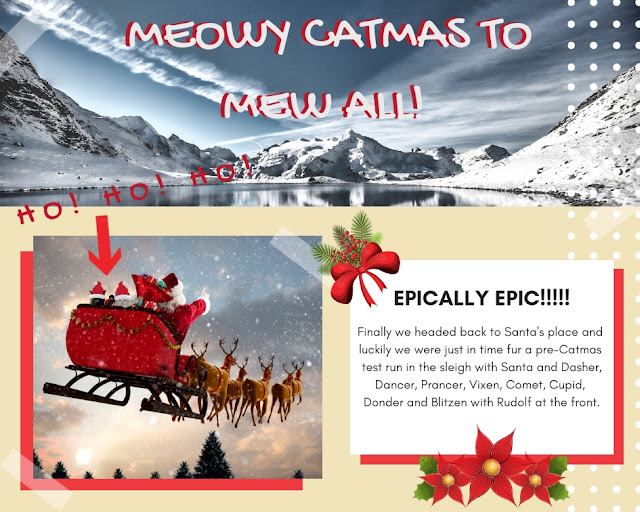 We tried snowshoeing but we both got stuck in a drift, it was hilarious! Note to self, tripaw cats can't snowshoe! MOL MOL  We fed all Santa's reindeer with some extra speshal carrots, they're the ones that make them fly, and the highlight of our trip was getting to go on the pre-Catmas test flight.


And that brings us to the end of our adventure today and when I say what a trip, it was epically epic, it truly was!

Thanks so much fur joining Shadow and I on our epic northern adventure and I'll be back before mew know it sharing another far flung destination, so hope mew can join me!

Furry quickly before I go, Amber is here on the morrow with her latest Feline Fiction on Fridays, so I hope mew can join us fur that as she sharing her top books fur Catmas!