**NEW** Friday Fill-ins and **RERUN** Welcome To Our 8 Things About... Post And Today It's All About Melvyn 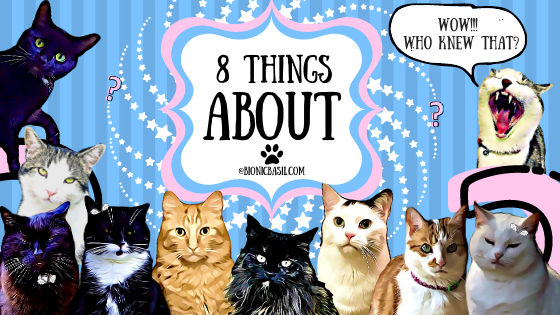 WOO HOO pawesome greetings furrbulous furiends
Sorry, Amber's not here today, there was an interruption in the book supply chain this week and the book she'd got her heart set on sharing had been checked out of the library and not returned.
As mew can imagine this caused quite a stir (#understatementofthecentury) and Amber has had to have a few days off to recover from the stress, she'll be back next week as usual once we've found the book and cod help the poor sap who didn't return it on time!
So today we're revisiting 8 Things About...

8 Things About WHAT though we hear mew ask. Well, it could be 8 things about anything, but today it's all about... 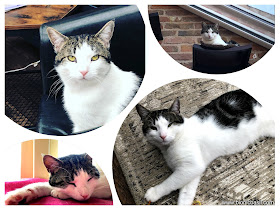 FYI the original post was originally shared on the 28th of March 2019.
1.  Melvyn arrived at BBHQ on the 12th January 2019, although he didn't appear on the blog until our Valentine's edition of Crafting with Cats, and he was approximately one and a half years old when he arrived. 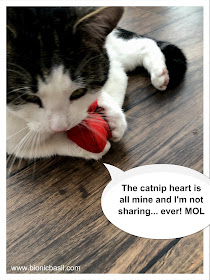 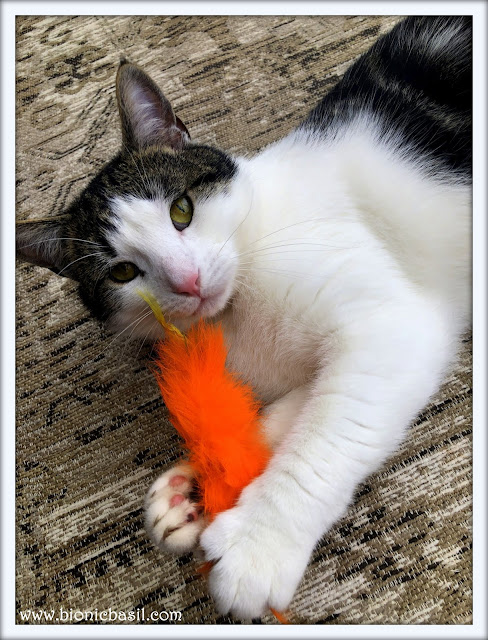 This is one of his favourite toys.

The Melvynator knows exactly where our collars are kept in the cupboard in the laundry when we're not wearing them, and the minute he hears a bell, he's there trying to collar-snatch our clothes!  **UPDATE** He's still obsessed with collars today - March 2021.

4.  He has the most golden eyes we've effur seen. Seriously they're like glowing citrines, just look. 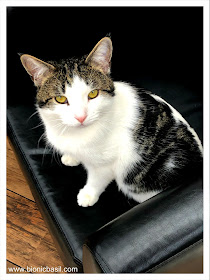 5. Melvyn is like the Harry Potter of Cats, instead of a lightning bolt scar on his forehead, he has a lightning bolt of white fur down his back, so this is definitive proof that Melvyn also survived Voldemort ~ Fluffing Fluff, that's seriously hardcore dude! 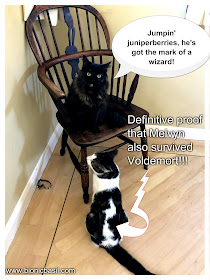 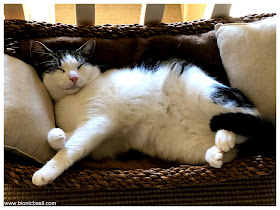 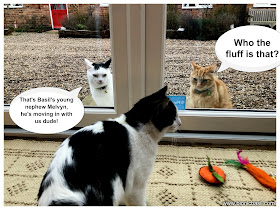 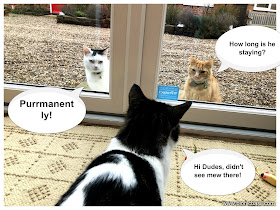 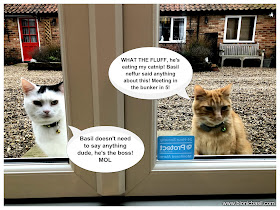 And that sadly brings us to the end of 8 Things About young Melvyn, we do hope mew enjoyed getting to learn a little more about my nephew. But if mew have a specific question about him, ask us in the comments.

Many thanks for joining at BBHQ today and we hope mew liked Melvyn's post, join us again on Sunday when Smooch is here sharing his sad selfie.
Until then...
Pawesome purrs

Graphics created with paid licence @www.canva.com & www.pizap.com
Basil and The B Team ~ BionicBasil ® at 00:30
Share