Welcome to The BBHQ Midweek News Round-Up ~ Why Is Melvyn Laughing? Because He's A FLUFFING CATFISH, Fudge Is Cleaning Again and The Terrible Trio Are Up To Something

Yep, it's all been happening this week, and the P.A. even managed to start scraping the peeling paint off our Time Travelling Telephone Box, and she says it's looking a little bit rough right now, but hopefully, it'll start to look a bit better when the grey undercoat goes on before the new red is applied.

Why is Melvyn laughing? 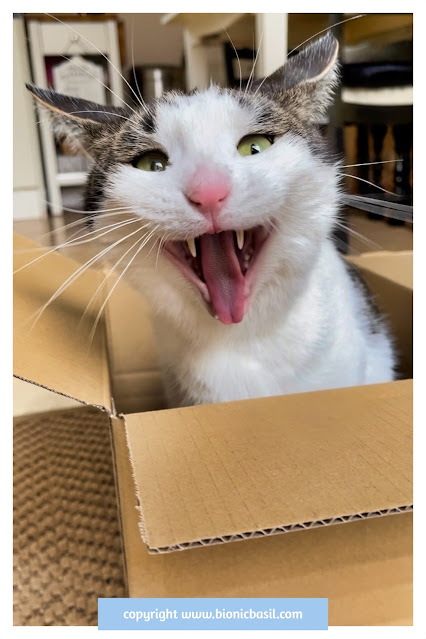 Because he's a fluffing CATFISH

Remember in last weeks post, when Fudge was doing a spot of Spring cleaning? Well, he was encouraging the P.A. to clean out the kitchen cupboards.

This week, he decided that the flowers in the shower room were in need of a severe and thorough dusting! 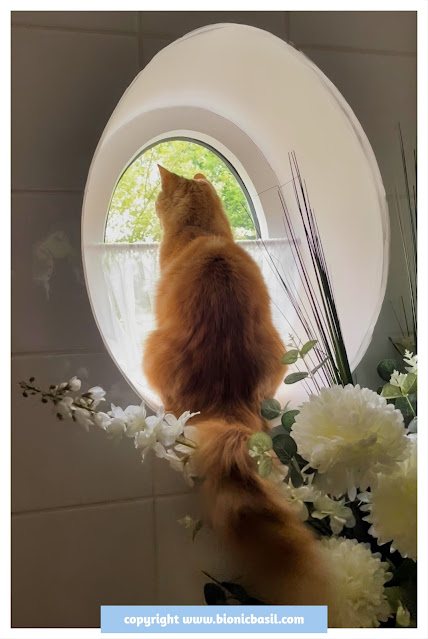 Check out his #cleantok video on TIKTOK.

In fact, he's thinking of starting a cleaning company just for cats called

The Terrible Trio Are Up To Something!

Yesterday these three nefarious characters were definitely up to something. Just look how suspicious they're acting in the courtyard. 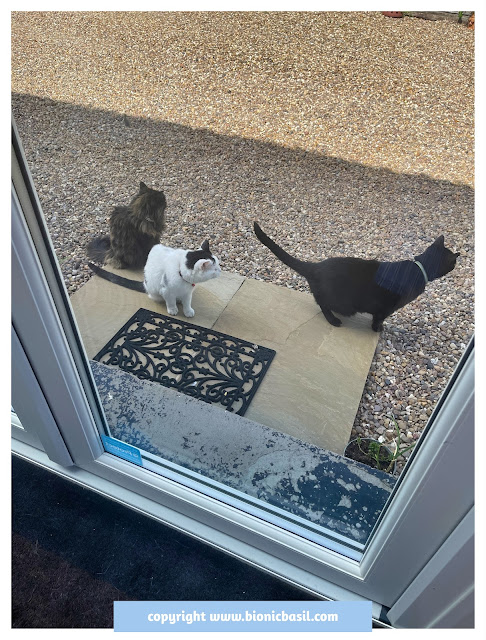 Earlier in the day, the P.A. witnessed firsthand, the Phantom Widdler aka Smooch, widdling all over the catnip plant pot in the courtyard. YES, the very same one he's been guarding for weeks.

He had his pee-pee fully unholstered and appeared to be writing his name on said pot. The P.A. casually asked, "What the fluff dude?"

To which Smooch replied, "That new fluffing black cat with the hairy tail keeps coming in the courtyard, so I'm just writing my name on the catnip pot, so he knows it's off fluffing limits!"

At that point, the P.A. decided to just keep on walking by!

And the winner drawn out of the hat is:
Leah
from
Catwoods Porch Party

WOOOOOOO HOOOOOOO!
MANY CONCATULATIONS!
If mew can email us your snail mail address at your earliest convenience, that would be epic.
deardrbasil @ gmail . com
Thank mew to everypawdy else who entered, and don't wurry if mew didn't win this time; there'll be another giveaway soon, in fact on the 1st of June, so stay tuned.

That's us done for today. Amber will be back on Friday with another fab book just for mew, and we look forward to your company then.