Welcome to The BBHQ Midweek News Round-Up ~ Smooch and Melvyn Snuggling on The Sofa, Pandora's Under The Gazebo, Parsley's Planting Tulips and Melvyn's Modelling The Top Bandana Pick **PLUS** EXTRA, EXTRA! 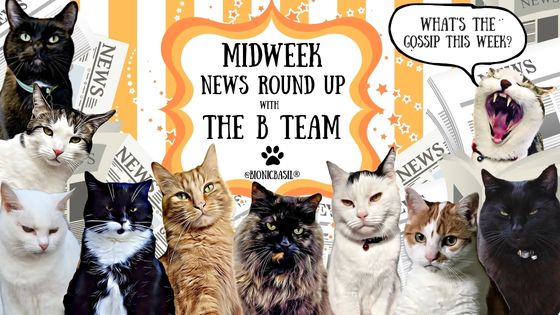 The internet and phone lines are still down at BBHQ, and the new estimated time of repair has jumped to the 13th of December, so we're still limping along on the highly intermittant and sporadic 4G.

As mew can imagine, this is getting really annoying, and to upload a 9 second video takes between five & ten minutes, that's if it doesn't time out.

So do bear with us, as we're finding the whole situation quite trying.

First up in the news

Smooch and Melvyn Snuggling on The Sofa 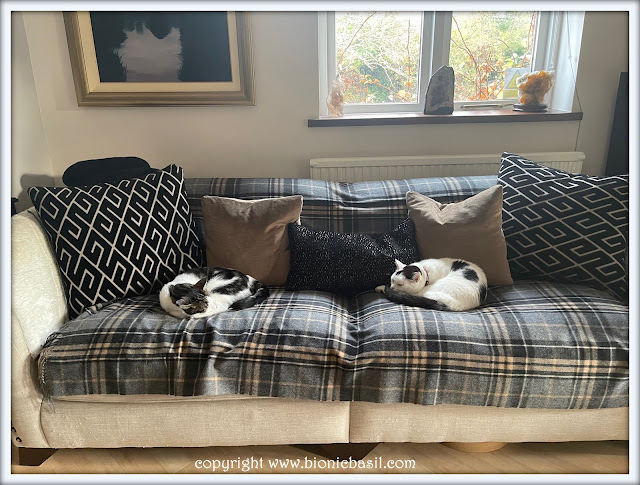 It's been rather damp, wet and dull at BBHQ recently so the woodburner has been lit, and this was Smooch and Melvyn the other day enjoying totally tropical temperatures in the sitting room.

Pandora's Under The Gazebo 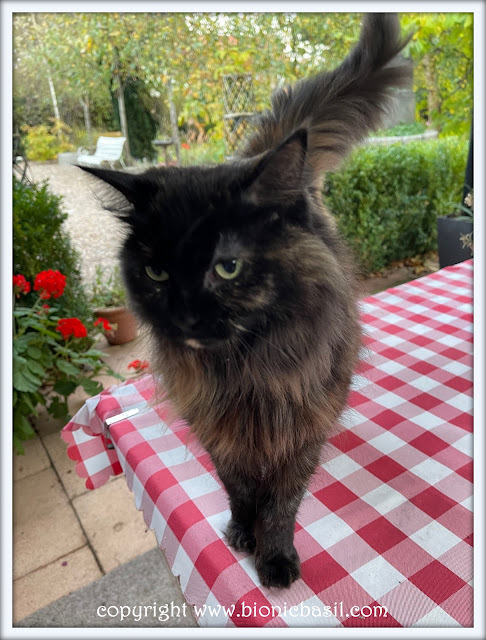 Pandora was secretly watching Parsley - see the next story - from the table under the gazebo, although Parlsey didn't realise she was there the whole time! MOL 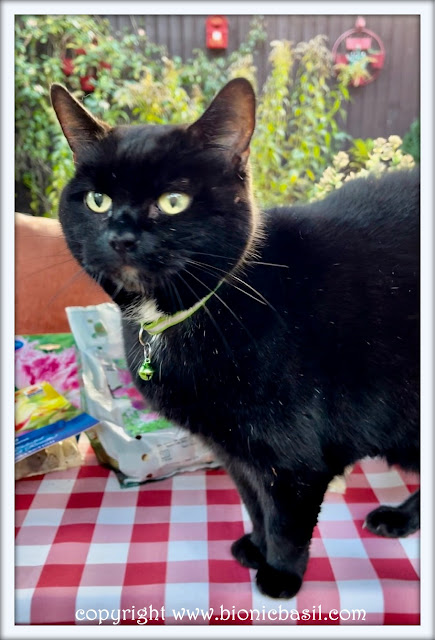 Earlier in the month Parlsey was in charge of planting the tulip bulbs in two metal planters, anyhoo it pretty much rained for the enitre month and he's only just got them planted them this week, so check out his video here on YouTube.

We think he did a really great job and can't wait to see them in the Spring.

The Gingerbread Skelbobs bandana won by a majority on the last post, so here's Melvyn in all his modelling glory! MOL 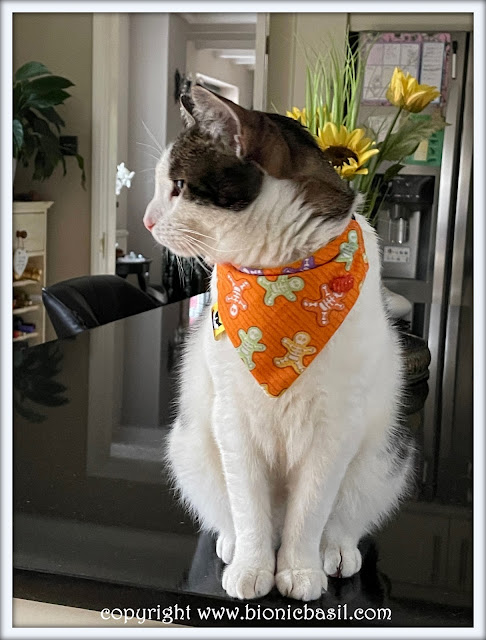 Doesn't he look a little cutie?

He's now modelling on three social media channels, check out his videos on:

TikTok Furst Run down the Catwalk

He said the world needed to see more of him, plus he gets to use different mewsic in each video! MOL

Which one should he model next? The options from the top left in a clockwise direction:
1. Mystical Unicorns
2. Glow Bugs
3. Gingerbread Skelebobs
4. Evil Eye Protection
Obviously we've only got one left, so next week he'll be strutting his stuff in the Evil Eye Protection bandana.
But the good news is, he went on another little shopping spree and has a brand new selection for mew to choose from next week, and they are Catmas themed.

We got an email from company in the U.K. called Buy Rope earlier in the week who are running a fundraiser helping cat rescues by donating 100% of their profits on the 14th of December to one lucky cat charity.

If mew know of a cat charity looking for funds, click the link below:

Here's How To Be In With A Chance To Win

The donation will be sent to the organisation who gets the most likes on Facebook on the 14th December. They will announce the results on the 15th of December.

That's us done for today; Amber will be back on Friday with another fab book just for mew, and if mew missed Monday's post, click here to catch up on Mancat Monday with Fudge.