We do hope mew had a lovely Easter weekend, ours was fab, it was nice and warm outside which leads to our first story.

Pandora got in one of the garden recliners just to test it out, of course! 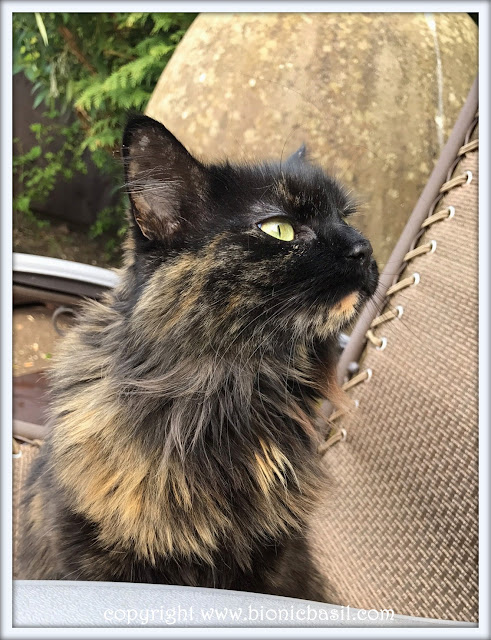 A couple of hours later she was still there, curled up in a ball.

What a life! MOL

Melvyn doesn't go outside often, but as it was such nice weather he decided a mini garden safari was in order. 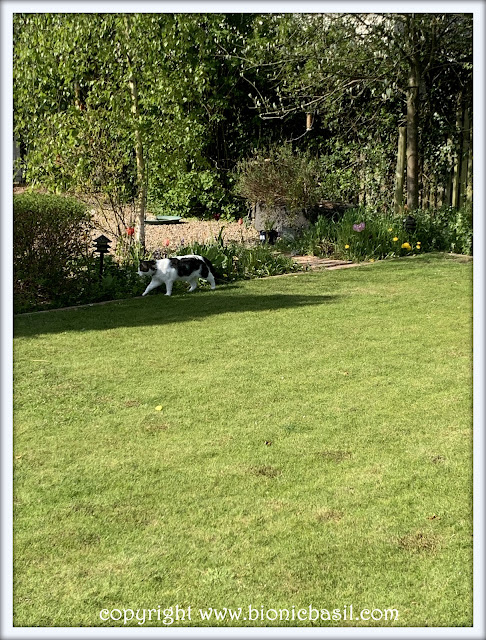 He doesn't go out because he's a bit of a liability and likes to wander off around the village, which is a big no no. So it's only when the P.A. and Dad are home and they can watch him and block off any seemingly easy escape routes out of the garden that he's allowed some outside priviledges. 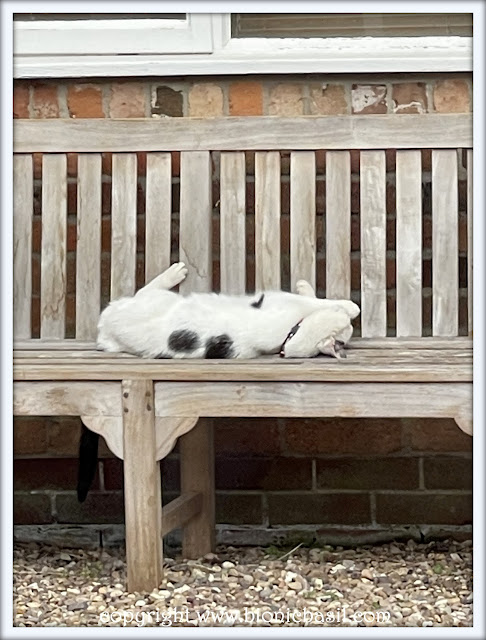 Dad took the protective cover off the garden bench at the weekend, so Smooch said he needed to test the bench was all ok after a long winter undercover, and then he decided that he could still protect the catnip from this angle! MOL

The catmint is growing fabulously. We have several plants in various locals around the BBHQ garden. 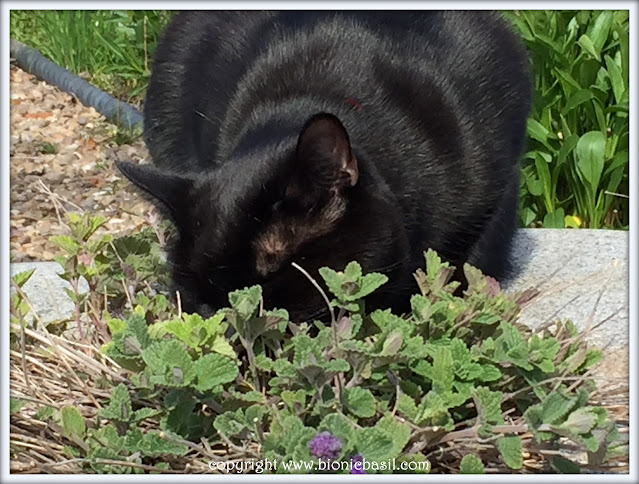 Parsley was rather busy going around the garden to each plant and testing the new catmint shoots. He really did have the best job that day!

That's us done for today, Amber will be back on Friday with another fab book just for mew, and if mew missed yesterdays Brain Training post, click here to give your little grey cells a workout.

We look forward to your company again later in the week.