The Last Days of Summer, Get Your Five A Day with The IKEA Vegetable Selection, and A Little Catification - Smooch & Pandora Test The New Scratch Barrels on The Pet Parade 319 with Dash Kitten, Barking from the Bayou and US!

Parsley enjoyed the last few days of summer which abruptly ended late on Sunday with a very rainy weather front appearing, and deciding to dump oodles of the wet stuff on Mewton-Clawson. 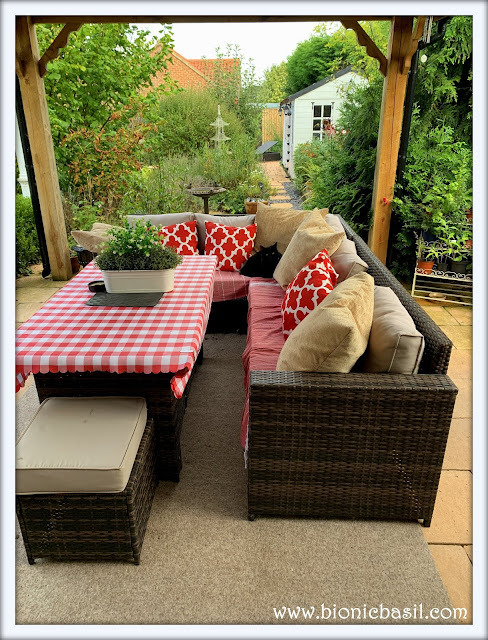 In between the rain falling it still felt quite warm during those dryer spells, and luckily unless it's quite windy the rain doesn't really make it under the gazebo, so Parsley was able to enjoy quite a bit of time relaxing.

Get Your Five A Day

A couple of weeks ago the P.A. and dad took a little trip to our local Ikea and while they were ambling around the mega store they ended up traversing a toy department and found this! 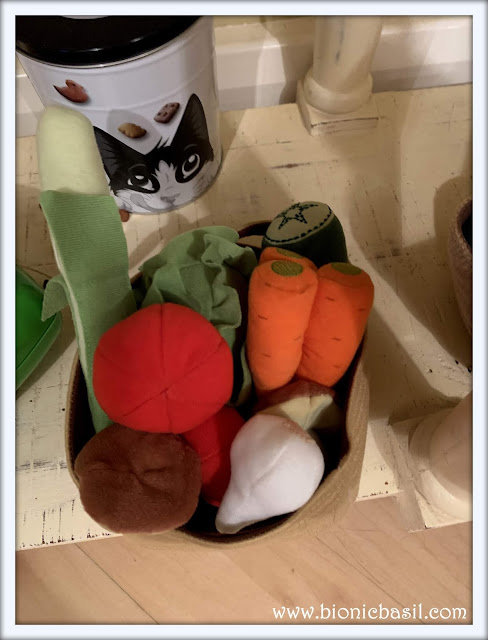 It's absolutely fantastic, an entire vegetable basket with a leek, tomatoes, garlic clove, mushrooms, carrots, cucumber and lettuce, 14 pcs in total.  Who says us cats don't get their five'a'day! MOL

But seriously, if mew're looking fur some really fun toys, these are great value at £7 just add a sprinkling of nip and mew're away.

Mew might remember the Afternoon Tea with Cats post a few weeks ago?  Those cupcakes in the furst pic were also from an earlier excursion to Ikea, and we have a fruit basket and more cake to share with mew next week.

And finally before we pop off, Smooch and Pandora were testing out the new scratch barrels that arrived at BBHQ. 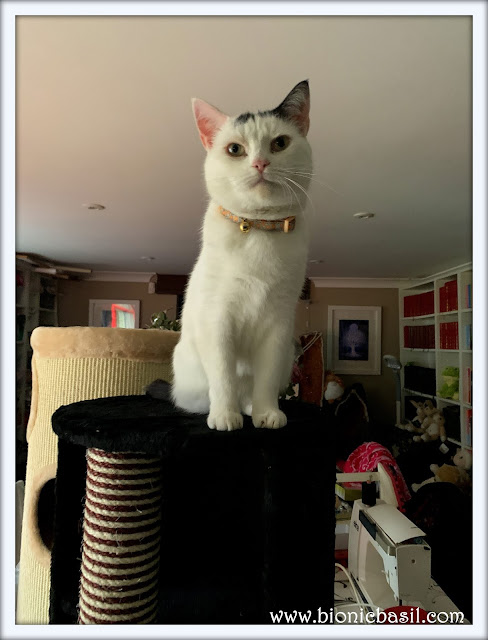 They are fur the sitting room as the smaller scratch posts that lived by the patio doors were passed their use by date, so the P.A. treated us to some new ones.

Not only are they pawesome, they were a total bargain too from Pet Planet:  black one and cream one 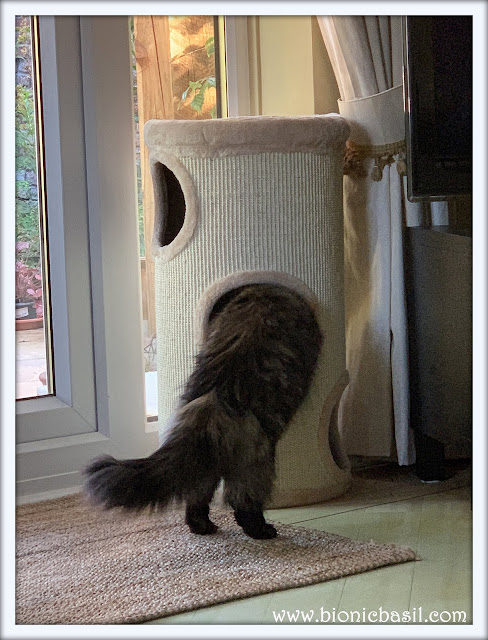 What a great buy, so if mew're in the U.K. and are looking fur some smaller perches, these are fantastic.

[We are not affiliated with pet Planet or Ikea]

Feline Fiction on Friday #102 with Amber

A Sunny Selfie with Fudge

We'll be back on the morrow with Part 4 in our Pirate Adventure rerun, so we do hope mew can join us then and don't furget to hop along on the Pet Parade below.