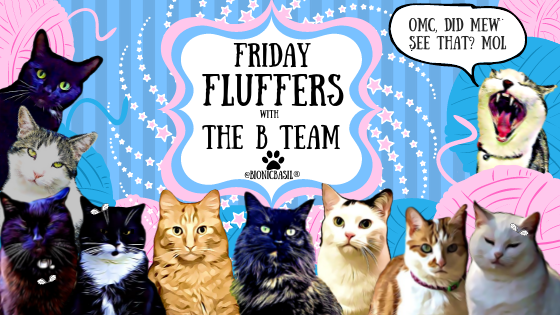 And the furst photo of Smooch this week is from 2014, when he decided to go a bit wild aftur a rather vigorous catmint session. 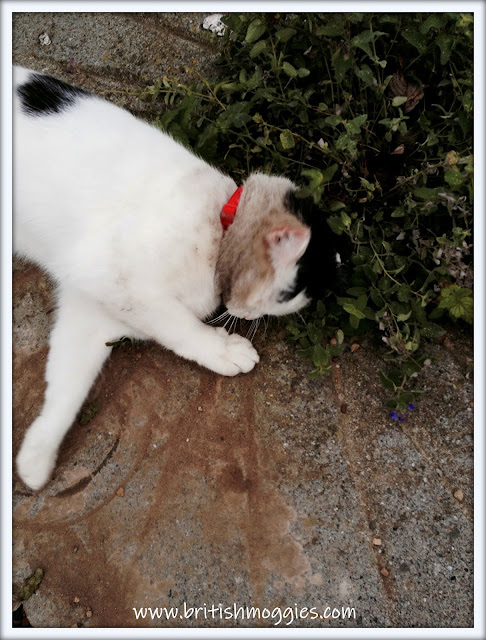 Next up is tripawed in a tree. 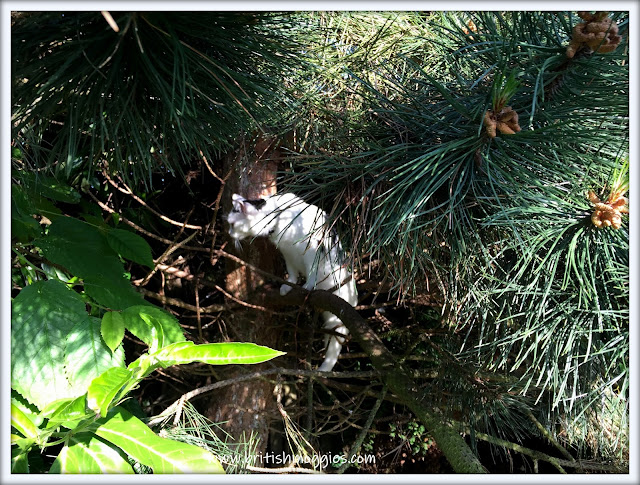 While not a fluffer per se, a few seconds later he slipped and had to be saved, so this essentially is the pre-fluffer pic.

And finally, this is his taking extreme umbridge expression, don't mess with The Smooch! 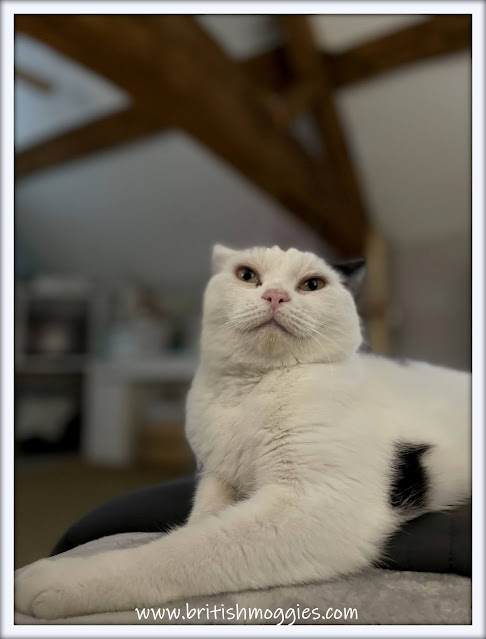 
1. I never thought I would have so many books until I glanced around Amber's library, checked the kindle and audible accounts. I need a bigger house for a much bigger library now, as there's no more shelf space and the books keep coming! LOL
2. Now is the time to edit, and I'm editing as fast as I can.
3. I'm happy to announce that I've finally finished all the book covers for the B Team Adventures, and even if I do say so myself, I think they're pretty epic! LOL
Check them out on the Books Page.
4. Australia is like a second home to me. I adore it there, though sadly it's been a while since I've visited and it doesn't look like I'll be getting on a plane anytime soon.