Thoughtless on Thursday with Basil 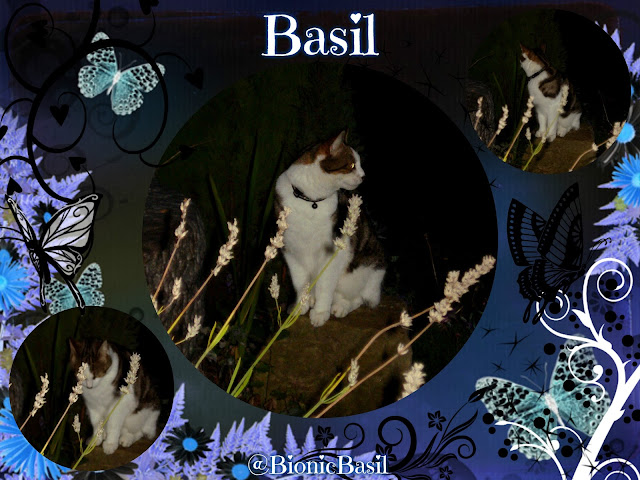 I've been investigating outside a lot lately and have been furry reluctant to come back indoors, much to the P.A.'s chagrin.... leading to searchlights being swept around the garden and me being forcibly returned to the warmth of indoors!

If mew're wundering what Amber and Smooch are up to, they've reached a stalemate, neither will go near a cardboard box fur fear of, well mew know what... don't think fur one second that's it offur, and I'm sure there'll be many more instances of their antics in future thoughtless posts.

On that note, I'll say bye-fur-now and we'll start the hopping

Graphics used under paid licence www.canva.com and www.pizap.com
Glitter Text  www.picasion.com Glitter Graphics www.glitter-graphics.com
Posted by Basil and The B Team ~ BionicBasil ® at 04:00