Vintage Deck Chairs, Blowing Raspberries and Too Kool For Skool on The Pet Parade 360 with Dash Kitten, Barking from the Bayou and US!

We do hope mew've all recovered from the weekend, and if mew haven't stopped by the pawty & giveaway yet, don't panic it's still happening, click the link further down the post to go join in!

Okies, let's get started; today supurr pals Smooch was trying out the vintage deck chairs.  Now, these are from the early 1930s and have a lovely beech frame, they did originally have the multicoloured striped canvas on but that went rotten.

Anyhoo the P.A. did a little make-offur way back in 2006; she painted them cream and put a dark green canvas on the frame, then she put a jazzy tassel trim on.

Let's fast-forward to 2020 and they're looking a little tired, absolutely exhausted more like it! MOL The green canvas has faded to, well we don't even know what to call it and the cream paint needs updating. 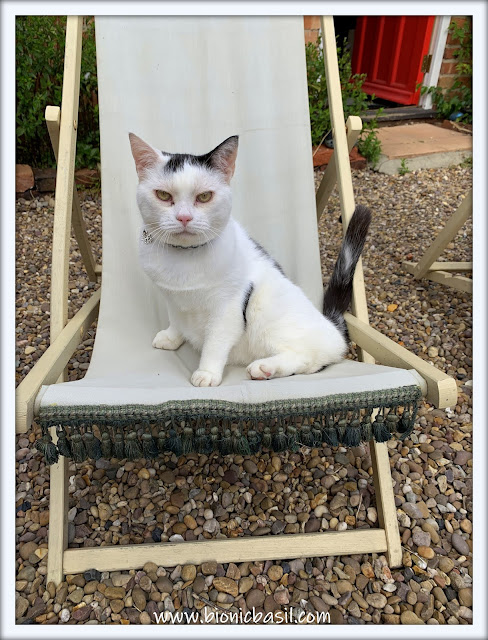 So our question to mew is:

Should we paint the frames black and have a red and white striped canvas?

Paint the frames white with the red and white striped canvas?

Answers in the comments purrlease?

In other news; Fudge has got a really dirty schnozzle [nose], it happened when he was attacking the latest batch of cat grass and got some damp soil on his schnoz.  The P.A. has been trying to get it clean but Fudge keeps saying NO!

And last night when she told him she was going to fetch a warm, damp cloth to wipe his nose and have another go at cleaning it, he blew a raspberry and told her to, "GET STUFFED!" 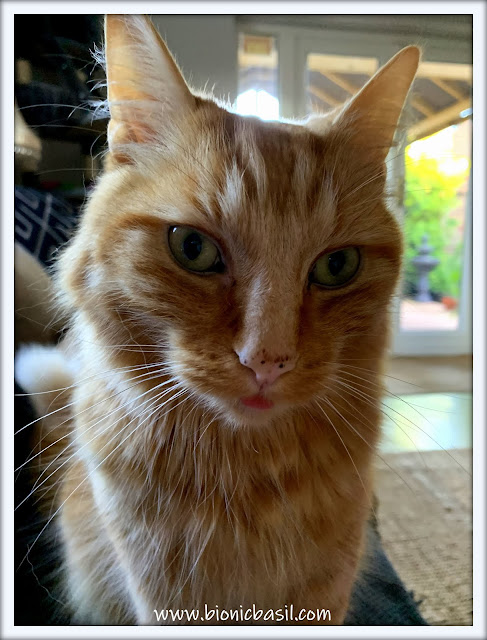 And finally this week, we think there must be some majorly rebellious planets in the midst of this latest mercury retrograde as Melvyn declared he didn't need to do his chores, he wasn't going to tidy up the library and he was way too kool for any of that now he's turned 3! 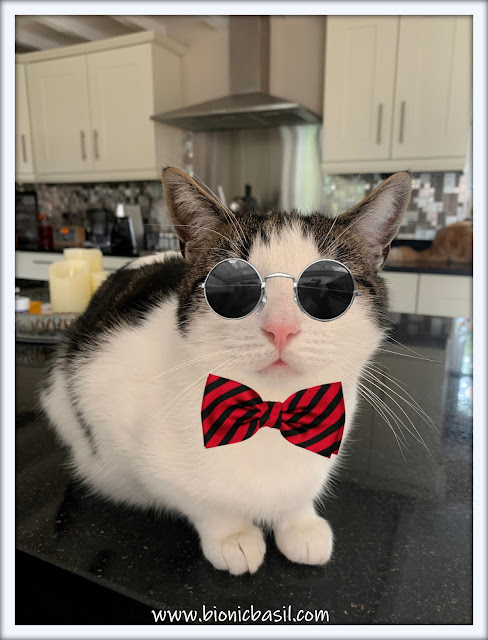 I said, "Dude, when mew get to about 12 then mew can have some serious attitude, but until then knock it the fluff off and go do your chores!"

Melvyn is now sulking in his basket and said he'll do his chores later! 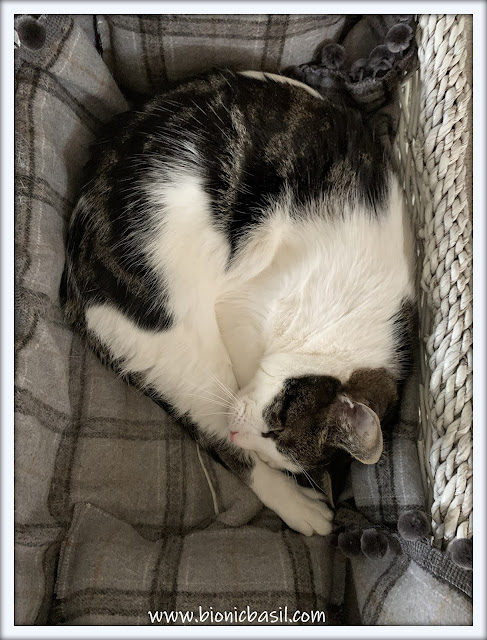 We'll be back on the morrow with my latest Brain Training post, so we do hope mew can join us then and don't furget to hop around the wurld with us on the Pet Parade below.