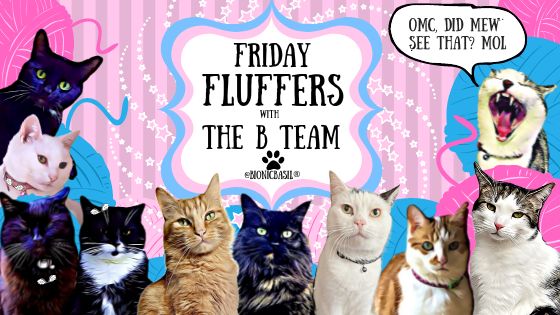 And furst on the podium is
Boop The Snoot with Amber

After last week's Boop the Snoot with Basil, Amber said she could do better, and here it is! MOL 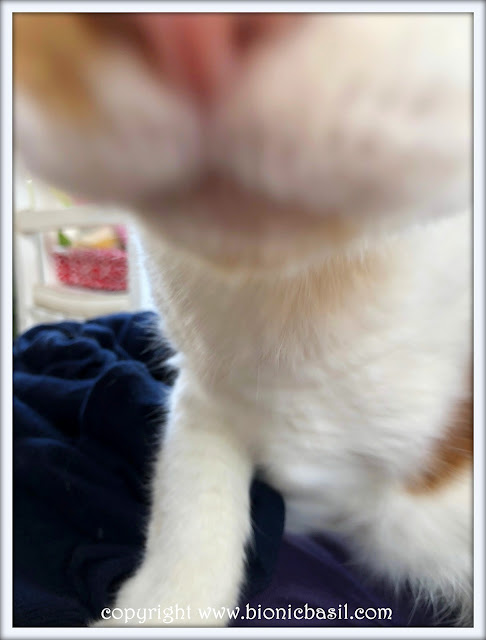 This was taken on an exceptionally rare garden outing.
As mew know she only likes to go outdoors when the temperature is between 22 - 25C with a clear blue sky!

Next up is
Basil's Epic Cuddle Clone Failure
Isn't it absolutely horrendous? 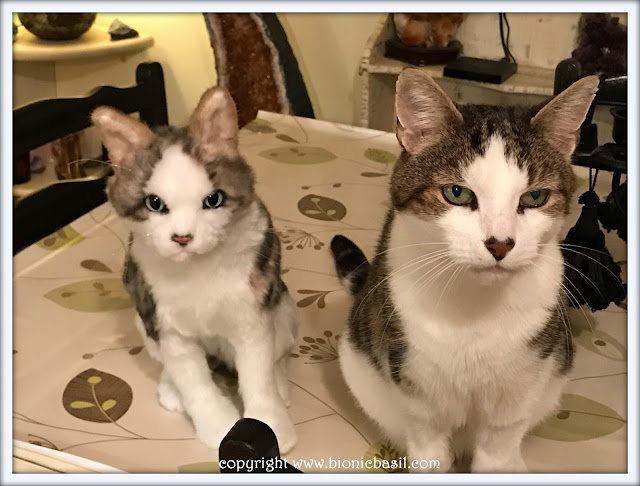 The P.A. ordered this Cuddle Clone of me to take to Blog Paws in 2017, as obviously I couldn't go in purrson.
And for those of mew who haven't heard of Cuddle Clones, they were at the time the BEST company that makes soft toy replicas of your pet, and let me just say they aren't cheap.
The samples online in 2017 were utterly amazing, and identical as near as dammit to the photos of the corresponding models, so the P.A. was pretty sure they'd make an epic version of me.
AND THIS IS THE COMPLETE GARBAGE WE GOT!  MOL MOL
Whoever made this particular toy was seriously lacking in glasses and creative skills. In fact, it was so bad we determined that it was made in the dark; in a really, really dark room by someone with no artist talent at all.
The P.A. returned it, and they supposedly changed it, but this is what we ultimately ended up with.
They had about 20 photos from all angles, and other impawtant details such as my nose is a heart shape, long tail, all about my markings etc...
They also weren't very nice when the P.A.complained and got all huffy.
The P.A. felt really ripped off and cheated, as obviously the majority of the clones are made by inexperienced people and the ones that were shown on the website are made by skilled people.
Cuddle Clones gets a HUGE PAWS DOWN from us.

And finally
Smooch's Outdoor Flossing Session
Smooch is very fastidious when it comes to oral hygiene, and he was trying to floss with some grass! MOL 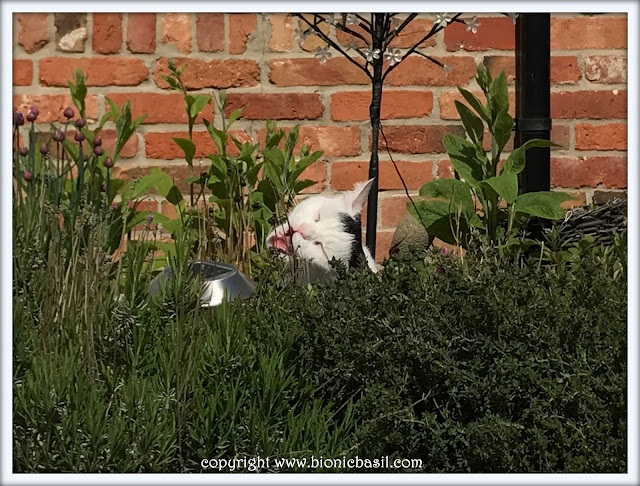 In fact, he was getting his daily greens and cleaning between his fangs at the same time!


1. I’d like to peek into Queen Elizabeth's closet. Can you imagine, she must have the largest wardrobe filled with the most amazing jewellery, hats, evening gowns and outfits?
2. I secretly enjoy watching gardening shows.
3. There’s no use crying over things you can't change or have no control over, accept it and move on.
4. If I don’t like it, I don't eat it.

We do hope mew enjoyed today's fluffers, and we'll be back next Friyay with more funny photos. If mew missed the Midweek News Round Up, click here to catch up on all the latest BBHQ gossip. And here is Monday's latest Cat Hazards post if mew missed it.