The Pet Parade Blog Hop No: 138 ~ Hosted by Rascal & Rocco Co-Hosted by Basil & Love is Being Owned By A Husky & Barking from the Bayou 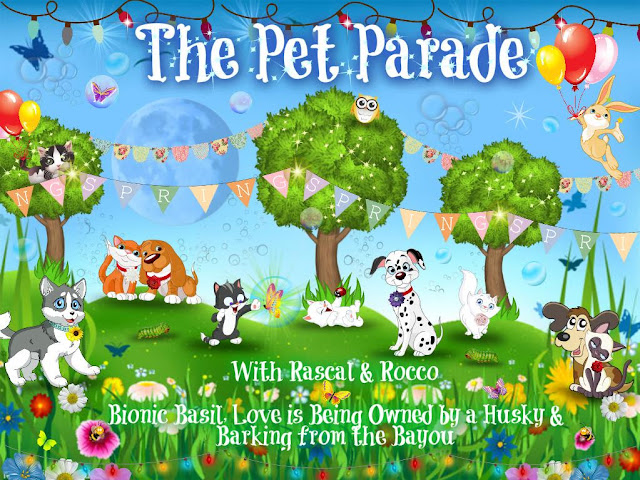 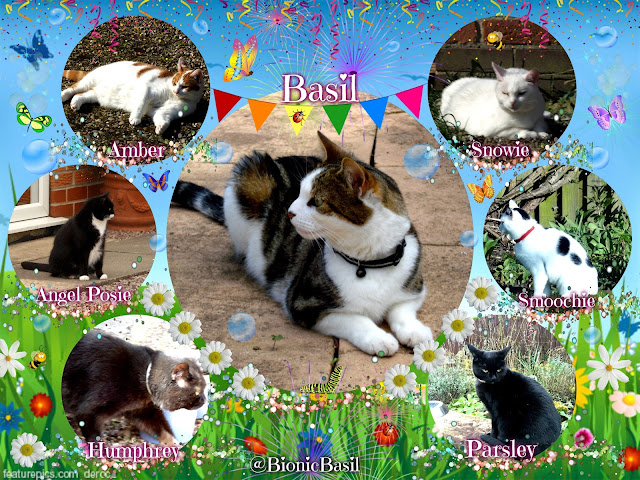 Today we're delighted as it's really, truly, honestly SPRING and we're delighted that it has officially 'sprung' and before we furget; we haven't replied to any comments this last week, as many of mew know the P.A.'s laptop got smoochinated [peed on] and is now RIPing in silicon heaven.

Well anyhoo, the P.A. hasn't gotten around to getting a  new one yet, so we don't have a 'puter at home at the moment so she's using the wurk 'puter in wurk time [ssssshhh don't tell the boss! MOL] to do the posts fur me.... therein lies the purroblem because she doesn't have time there to comment, so many apologies fur that.

She wanted me to ask mew if any of your peeps/hoomans use a Mac laptop to blog on and what your thoughts on said device is, as she always bought Sony Viao's but sadly Sony aren't making them anymore and she has no clue what to buy as she would have gone fur a Samsung which is basically all Sony guts but Samsung label on the chassis yet they have stopped producing laptops fur Europe.  So we have reached a standstill, she's been checking the interwebs and has discovered the furry nice Mac Air but at the moment it only comes with a 13" screen, but appurently Apple may be bringing out a 15" version, so it might be a possibility to try one of those.

Bearing in mind she's always wurked with Windows, how does it compare to a Mac? If anyone has an answer that wold be most helpful as having no 'puter at home is becoming a complete nightmare.  Or if there are any other super light laptops anyone could recommend that would be pawesome,

If mew missed anything thing this week, here's the latest links fur your purrusal:

Wordless on Wednesday with Horrid Humphrey [Only kidding]

Thoughtless on Thursday with Basil & Smoochie

We'll be back with our usual Selfie Selection on Sunday, so we hope mew can join us then.

Graphics created used under paid licence www.pizap.com
Glitter Graphics  www.glittergraphics.com
Posted by Basil and The B Team ~ BionicBasil ® at 04:00