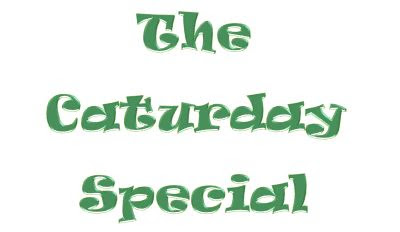 Welcome to another Caturday Special post, it seems like an age since we did one of these posts and actually it is!

Anyhoo before Catmass we were contacted by the pawesome peeps at Sansbug who asked if we'd like to try one of their mini cat containment tents, of course we thought what a great idea so we said yes.

We've taken a while to do the post due to it being winter, the garden being done and whatnot, howeffur we're now ready to rock'n'roll.

Mew maybe wundering what cats and tents have in common.  Let us explain further, a lot of peeps can't afford an expensive catio or containment system to keep their kitties safe outside and this system affords peeps to have their kitties outside with them while also being secure. 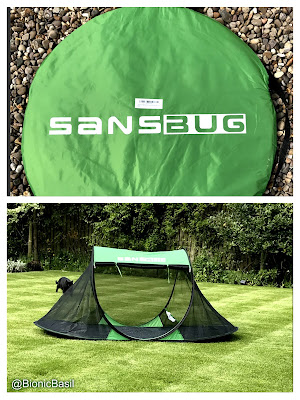 Now it might not be fur effury kitty but we feel confident that given time, kitties would get used to being in it.

Plus another thing we thought of was that if mew had a poorly kitty that needed to be kept confined indoors, this would also be purrfect.  Fur instance, when Smooch, a former feral was hit by a car at the P.A.'s wurk, she had to contain him in the K9 run fur a few weeks while he healed, Sansbug would have been ideal fur his convalescence.

Also, if mew had kittens, this would also wurk to contain them and keep them safe as there's ample room fur a bed, a scratch post, water, food and litter tray facilities.

Anyhoo let's get a look at the product.

It comes packaged in its own carry bag and folds up flat fur storage, which is great as it can be put anywhere when it's not in use, plus it weighs nothing.

To assemble all mew do is unzip the cover, grasp the edge and literally throw it away from yourself and it just pops up like magic, see our pawesome demo featuring dad.

Instant containment system at your paws. How utterley cool is that?

Then just unzip the door, hop in and mew're ready! MOL 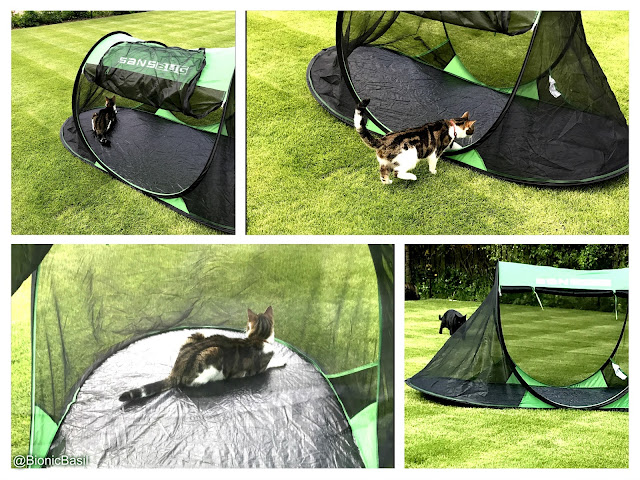 Mew will have to make sure your hoomans don't get any funny idea's about stealing borrowing it and going off camping, well if they do make sure mew go too!

Let's have a look inside

Closing it does take a little mastery, and we advise watching the video several times as the fibre glass poles need to be folded in a certain way to fit back into the storage/carry bag, that and mew don't want to bend them the wrong way and snap anything or wurse hit yourself in the face.  We MOL'D so much at the P.A. when she furst opened one in the craft room and then tried to fold it up rather unsuccessfully but after watching the video and following the steps it was all easy-peasy.  Let's just say if the P.A. can fold it up anypurrdy can [but don't tell her we said that! MOL]

We think that this system, although originally designed fur peeps to keep the bugs away while snoozing outdoors, is really a great and cost effective way fur indoor kitties or other cute little anipals to experience the outdoors safely and not get bothered by creepy crawlies or the like.   We just had another thought, if mew travel with your peeps it means mew get your furry own room and privacy, yay fur that!  But tell your peeps to purractice the folding up and putting away plenty furst.

We'd like to say a furry special thanks to Sansbug fur offering us the oppurrtunity to test on of their tents and asking us to do a review, thanks so much guys we loved it and are probably going to make Fudge use it all the time as he's just a total liability outside.

Many thanks fur joining us today and hopefully we'll see mew on the morrow fur Smoochie's 6th Birthday Pawty on our Sunday Selfies post.
Happy Caturday

[*FYI: Even though we were given this item/s free of charge for a review, our review is completely honest and reflects our own experience with the product/s*]