The Pet Parade Blog Hop No: 194 with Rascal & Rocco Co-Hosted by Basil & Love is Being Owned By A Husky & Barking from the Bayou 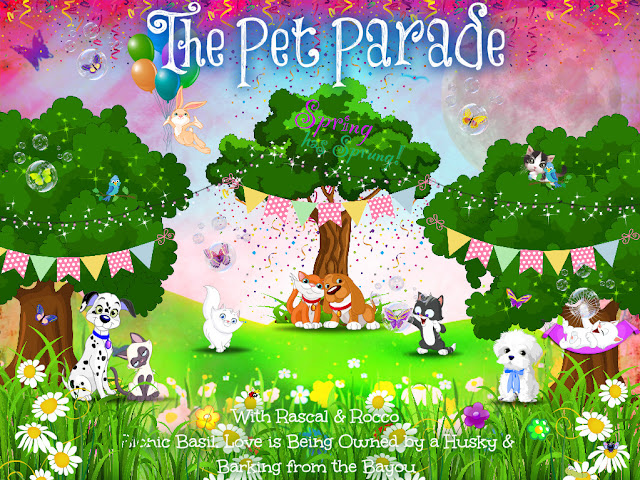 Welcome to another Friday on the blog.  This week we've been having a few purroblems with an escaped dragon, so don't furget to stop by our new blog at Kit Knit Cos Play to see the furry furst episode of Dragon Wars.

But don't concern yourselves too much, the village is still intact, although Fudge has been doing his best to decimate it.

Thank mew furry much to Pipo & Minko fur making this beautiful card fur Smooch's birthday, isn't it gorgeous, thank mew so much guys!  [And it has the correct amount of candles on the cake too - unlike ours! MOL] 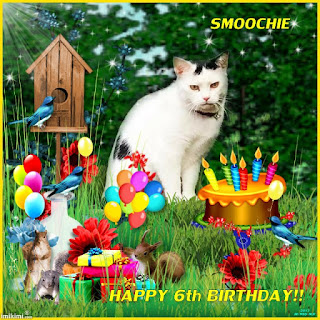 There's still time to enter Smoochie's Birthday give-Away on Sunday's post, just leave us a comment fur a chance of winning of an epically epic surprise bag of goodies from the Kit Knit Cos Play Store!

On a more somber note:

This week, as all of mew will know we lost another furry dear pal, Flynn from the fab blog Eric & Flynn's Adventures at Two Devon Cats 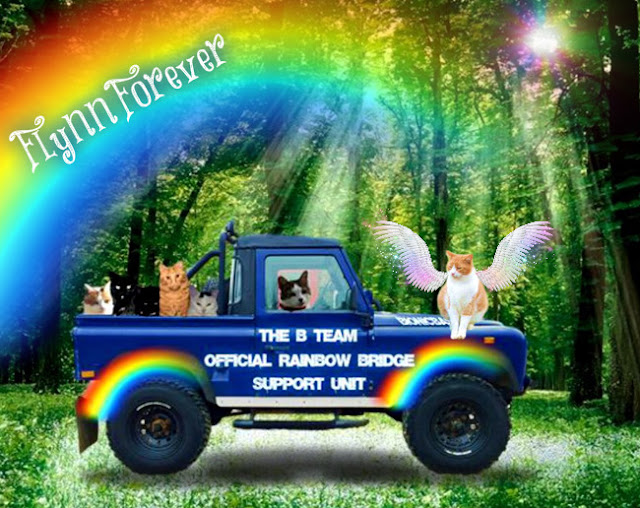 We can't say anything other than we're totally gutted to the core to lose another great pal, mew know this year really does SUCK epically.  The amount of pawesome pals and our own Snowie & Humphrey departing fur The Rainbow Bridge has been emotionally crippling and the sadness offfurwhelming fur effuryone.

Flynn dude, mew are missed terribly, as are all our other furriends who we still think about most days.  We know that mew will be reunited with Eric and all will be well at the Bridge, and I'm sure that mew guys will be having the best catnip pawty's effur and be young and free fur eternity.

R.I.P Flynn until we meet again... gone but neffur furgotten, a true hero to the furry end!

We send your mum and dad huge hugs and lots of gentle purrs...

Mandalas on Mondays ~ Colouring With Cats #27

Wordy on Wednesday with Amber #39

Email ThisBlogThis!Share to TwitterShare to FacebookShare to Pinterest
Labels: Barking from the Bayou, Bionic Basil, Blog Hop, cats, free give-away, love is being owned by a husky, Rascal & Rocco, The Pet Parade