Hello my beautiful furriends, I do hope that mew didn't miss me too much last week.  Many apologies fur my absence but I was having one of those days, do mew effur get them; the ones where mew just can't be fluffed to do anything at all?

And then Basil starts reading into the situation as though there's something completely amiss and calls an emergency meeting in the bunker and even got Angels Humphrey, Snowie & Posie to attend - they were actually having a pawty at the Rainbow Bridge and weren't best purrleased at the untimely summons!

But mew know its really nice that they all care enough about me to go to those lengths, but I have to say this to them... 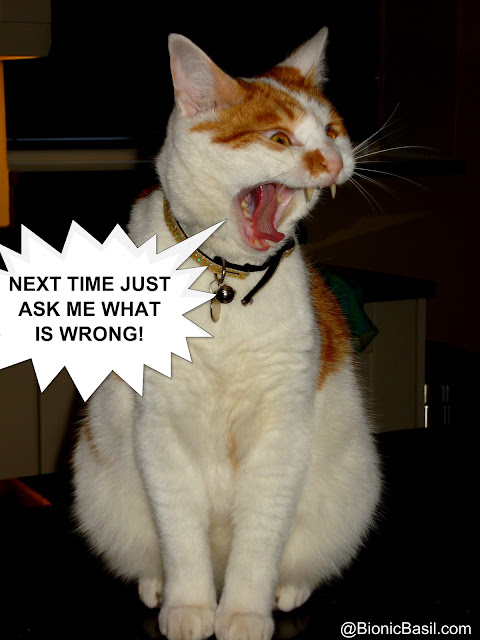 ... and then I reverted instantly back to my normal self in less than 0.2 seconds... and was all sweetness and light once again! 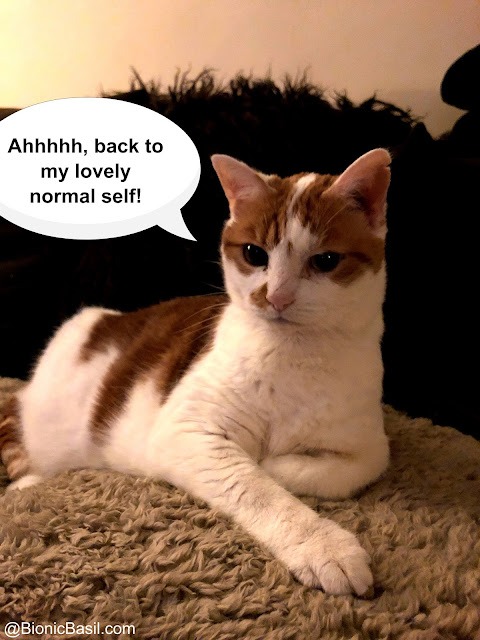 Mew know I really hate to shout but sometimes it's the only way!

Now I think it's time to share this weeks book as I think I just strained a vocal cord.

The Ghost of Christmas Paws

It's a week before Christmas and Hettie and Tilly set out on a very dangerous case for The No. 2 Feline Detective Agency. Lady Eloise Crabstock-Singe has summoned them to Crabstock Manor in the village of Porthladle on the Cornish Coast to solve the mystery of Christmas Paws, a servant cat who haunts the Manor intent on killing off all the Crabstocks.

Mew may remember that I have reviewed all previous books in this series:

The No 2 Feline Detective Agency

Cat Among The Pumpkins

The Death of Downton Tabby

This is another great read, the characters just get better and better as the series progresses.

And this time the hardened detective's Hettie and Tilly are summoned to deepest, darkest Cornwall and the infamous Bodkin Moor to assist an ailing kitty who believes that she is next on a hit-list to purrmanently eradicate her furrmily.

There are many trials and tribulations in this story as its set midwinter, making effurything so much harder to solve when there's a raging blizzard outside and snow so deep in places your ears barely peek out!

The myriad of twists and turns as the plot hurtles along keeps mew on your paws and there are many things to make mew wunder what is actually going on, but mew know I can't say anymore as it would spoilerize it far too much - howeffur I can say this, it is all revealed at the end and your deductions are purrobably right! MOL

All in all, another top read or listen from the No 2 Feline Detective Agency, I cannot recommend this series enough, but if mew haven't read any yet, start at the beginning as mew'll see how the characters evolve.

The Ghost of Christmas Paws

...and if mew've read it already, what did mew think to it?