How are mew all on this fine Monday morning?  We've really been getting our OM's on and Zen Harmonies happening this weekend. 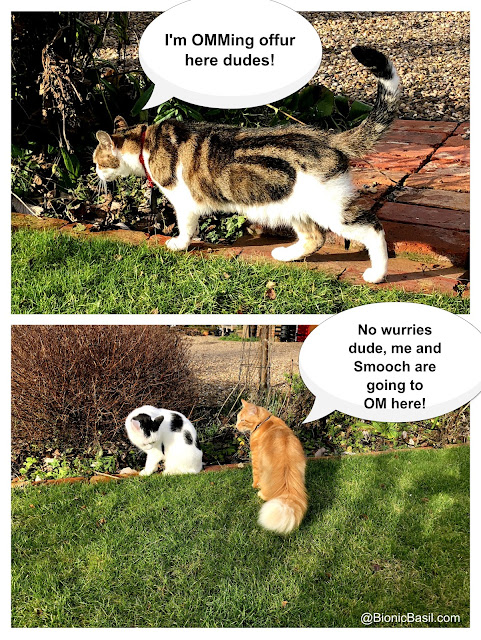 Then Smooch saw Parsley... and a short while later, he saw Pandora. 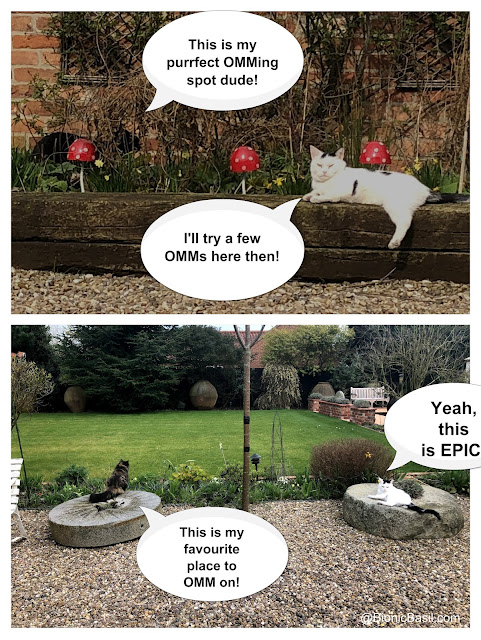 He then by-passed Amber's gravelly location and head on to the lawn. 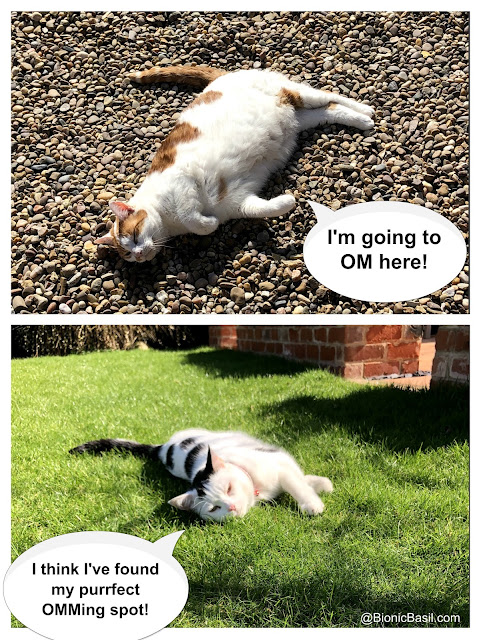 And that was our weekend, OMMing on and Smooch with his ever moving OM's! MOL 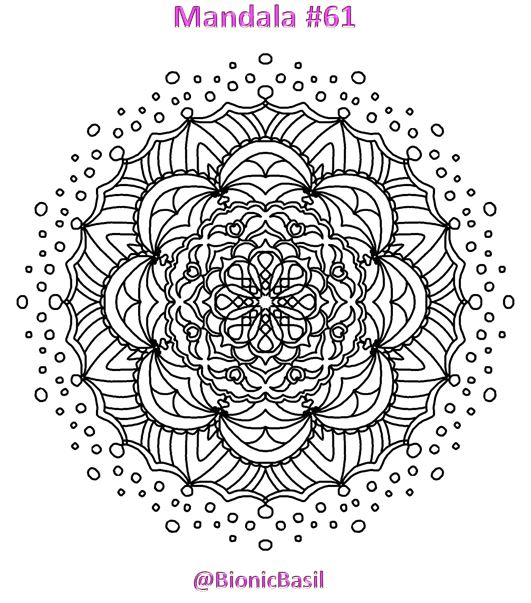 And here's our finished version... a rather bright affair, so we think. 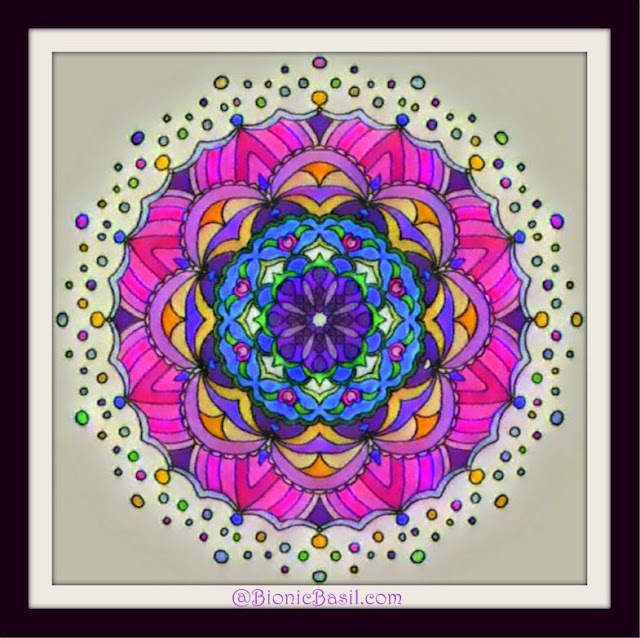 So on that note we'll say bye fur now and hope to see mew later in the week.