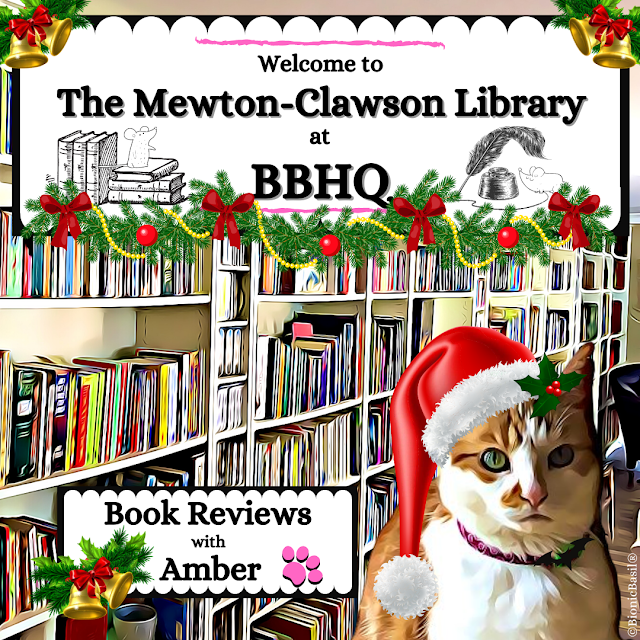 and
Welcome to the Mewton-Clawson Library at BBHQ
Thank mew for joining me in the stacks today and oh my goodness it's nearly here, only one more week to go.
Sadly this year things aren't going according to plan, the P.A. and dad ordered some lovely hampers for their staff with the delivery date of 16th December, they are now 2 days late and no one answers the phone or emails at the company where they were ordered from so that is really irksome. They usually get Marks and Spencers or John Lewis hampers but this year the hampers were so rubbish they tried somewhere new, what a cluster fluff. So the P.A. feels really bad if they don't get delivered in time, and she did mutter several unspeakables which obviously I can't repeat here.
Also, we've been decorating the tree this week and here's the ameowzing Catmas pudding again, which I was furst to clamber on and get those delicious catnip holly leaves! MOL #epicfun 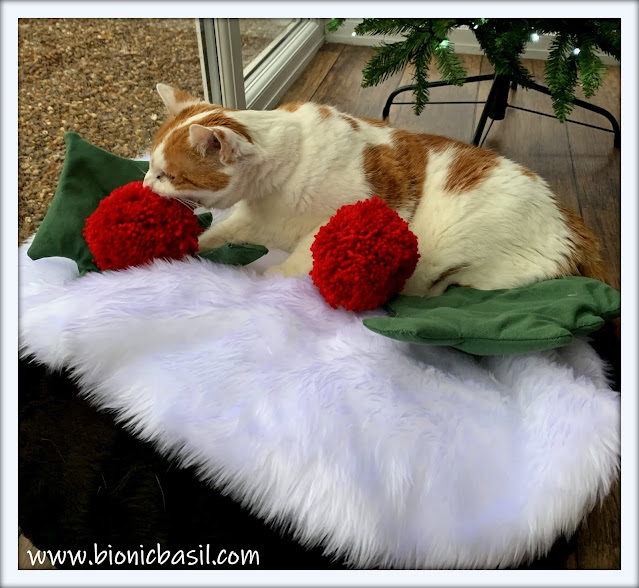 I'm going to get snuggled on the supurr comfy pudding and have a snooze in a minute, well I am a senior and do need extra Z's these days, though if mew have any pressing queries while I'm snoring just ask Melvyn, he's down in the Military Vehicles section drooling over an Oshkosh L-ATV, which for those that aren't in know is a light combat tactical all-terrain vehicle. Also, I think he's writing to Santa Paws to see if he can get one delivered for Catmas.
Good luck with that dude, if I were mew I'd just borrow Parsley's credit card and go order one, but don't tell Parsley I said that! MOL MOL 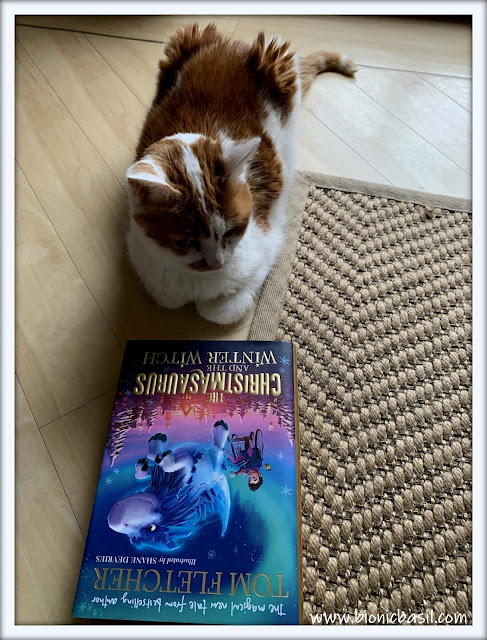 by
Tom Fletcher
Here's a little snippet of the book blurb:
One year has passed since William Trundle's incredible adventure with the most extraordinary dinosaur: the Christmasaurus. Now, William is swept back to the magical North Pole, where he meets the mysterious, icy Winter Witch - whose power to control time allows Santa Claus to make the long journey all around the world every Christmas Eve.And when they learn that the fate of Christmas itself hangs in the balance, William and the Christmasaurus must work with the Winter Witch to protect it...

Yes, I know it's not a book with a cat, but as it's Catmas I thought I share a Catmassy book and this was the furst one my paws fell on in the library this week when I went to search for something to share. In fact, I did buy this to share last year but ended up sharing my top book picks for Catmas 2019 instead.
Anyhoo, this is a fab middle-grade kids book brimming with magic and all things fun for the festive season and in the hardback version I've got its full of lovely illustrations. so, if mew like your dinosaurs and magic this will be a definite winner, and this is the second book in the series, I haven't read the furst but I shall add it to he library in the new year.
So if mew're looking for a cool gift for grandkids, nieces, nephews etc... this could be the ideal book to give.

I really hope mew enjoy the book as much as I did if mew decide to read it.
It's time fur me to say BFN or bye-fur-now as mew know the drill, so many books, so little time and I'll be back in the new year with another specially paw-picked book just for mew, as next Friday is Catmas Day si I won't be here, and don't furget that all my previous reviews can be found on my Book Review page.
Until next time...
Have a supurr Catmas and New Year and don't furget
Keep calm and read more books
Amber