The Pet Parade Blog Hop No: 136 ~ Hosted by Rascal & Rocco Co-Hosted by Basil & Love is Being Owned By A Husky & Barking from the Bayou 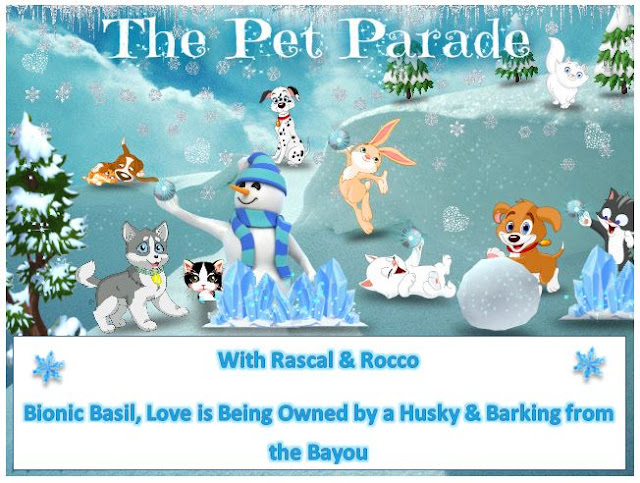 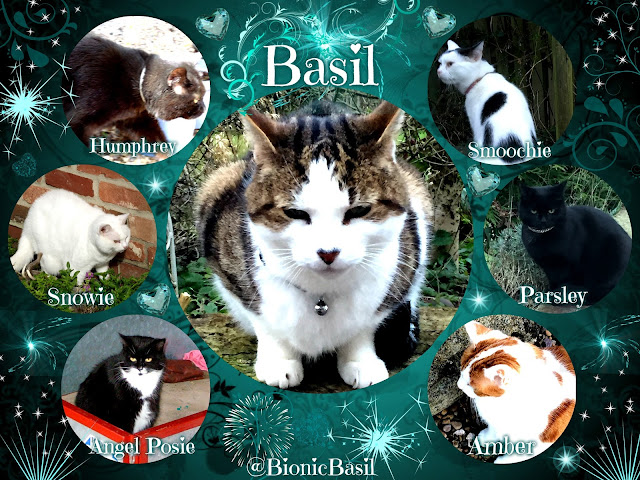 Welcome to another Friday on the blog, happy St Patrick's Day fur yesterday and I know we didn't do a themed post and that's because we got all greened out last Friday, so we thought another post would have just been offurkill.

In other news, it's been moderate temperatures this week, the barometer even got up to a heady 11c  like wow, but seriously it's been ok, fresh, a little breezy but the sun has appeared more than once and stayed out fur longer than five minutes so that has meant we've had more outside time while we've been directing the P.A. with the great garden clean up.

We insisted that she bought some gladioli's fur the back border and true to her wurd she came home with sixty bulbs and placed them in front of me saying. "Basil, you wanted them, you plant them!"

Well mew can imagine my shock at that bold and outlandish statement, my reply was thus:

"Mew plant them and we purromise we won't wake mew up effurynight fur the next month effury hour on the hour.... think about it and get back to me..... no rush."

Well mew could have knocked me offur with a feather when she replied almost instantly. "OK."  and then muttered several unspeakables and something about being held to ransom, blackmail, freedom of will being utterly comprised and having no choice whatsoeffur.  This I thought was was a little dramatic as she had a choice, she had free will, she could choose to plant them or have a few nocturnal disruptions.

Anyhoo we will help her before mew think we are totally heartless, Smooch is a whizz at digging holes, well digging things up and I can point to where they need to go and we'll get a bit of a team effort happening, and I must say that when we said we wanted some gladioli's I meant two or three, not sixty! MOL

If mew missed anything thing this week, here's the latest links fur your purrusal:

Wordless on Wednesday with Amber [aka Chubby-Porker]

Thoughtless on Thursday with Humphrey

We'll be back with our usual Selfie Selection on Sunday and hope mew can join us then.

Graphics used under paid licence www.canva.com and www.pizap.com
Glitter Graphics www.glitter-graphics.com
Posted by Basil and The B Team ~ BionicBasil ® at 04:00

Email ThisBlogThis!Share to TwitterShare to FacebookShare to Pinterest
Labels: Barking from the Bayou, Bionic Basil, Blog Hop, Blog Hopping with Rascal & Rocco, cats, love is being owned by a husky, pet blogger, The Pet Parade