Welcome to another Friday on the Pet Parade and our weekly round-up, furstly we need to draw the winner fur Parsley's birthday give-away last week.  Parsley was going to announce it yesterday but unfortunately on Wednesday afternoon something else cropped up and we just didn't have time to fit it into yesterdays post.  So without further adieu, let's see the draw...

Here are the entries 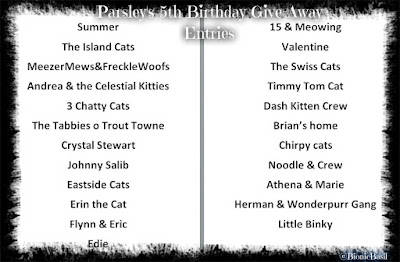 And here's the draw

Many many concatulations Athena and Marie, mew have won an epically epic surprise goodie bag

The P.A. will contact mew later fur your snail-mail address unless mew see this furst! MOL

In other news.... this has been us fur most of the week as it's been rather cool and drizzly outside..... PPFFFFTTTT! 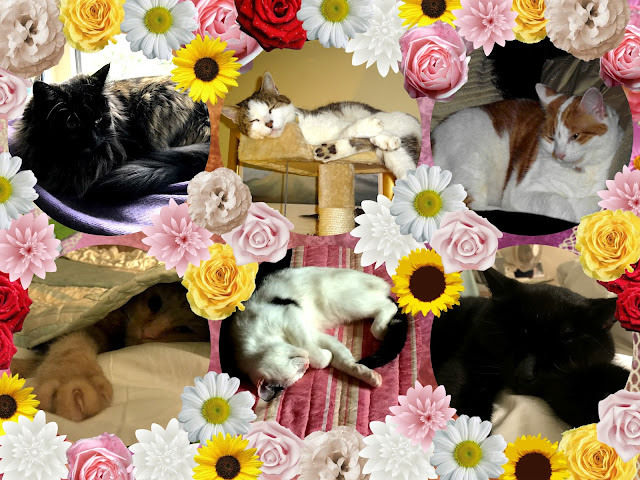 More news... we were invited to the National Pet Show the other week at the NEC in Birmingham on the 4th and 5th of November, which we're really excited about.

And even more exciting, fur all those in the UK that want to go, the supurr organizers have given us a special promo code just fur our pawesome readers, so if mew want to go and get a 20% discount off your tickets, use the code*:

Sunday Selfies ~ Getting Saucy on Sunday

Other graphics used under paid licence www.canva.com  and www.pizap.com
Posted by Basil and The B Team ~ BionicBasil ® at 01:00
Email ThisBlogThis!Share to TwitterShare to FacebookShare to Pinterest
Labels: 20% discount, Barking from the Bayou, Bionic Basil, Blog Hop, National Pet Show NEC, Rascal & Rocco, The Pet Parade, weekly round up