Are Mew The New Face Of Frontline? Smooch Says He Wants to Win This Pawesome Competition! on Sunday Selfies 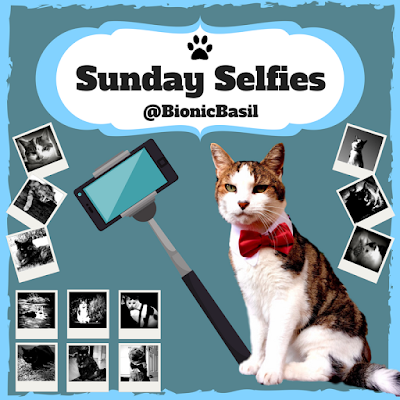 Hey guys, we've just got to share this pawesome competition with mew from Frontline UK.

They are running a campaign to find 6 purrfectly impurrfect pets to be the face of their new product line:

'The six most ‘perfectly-imperfect’ pets will be voted for by the public and hand-picked by animal fanatic and fashionista Gok Wan to become the face of FRONTLINE Pet Care launch campaign. We will also be working with animal charities to get them to enter their animals and hopefully we’ll find some cats and dogs new homes! The winners will not only become the faces of the FRONTLINE Real Pets campaign but will also win an exclusive photoshoot with Gok Wan!'

How Epic Is That?  It's Epically Epic!

Smooch has already got himself there, as he really likes the idea all his smoochiness reaching new heights and spreading endless joy to the wurld! MOL

The Furrmous Imaginings of Smoochie 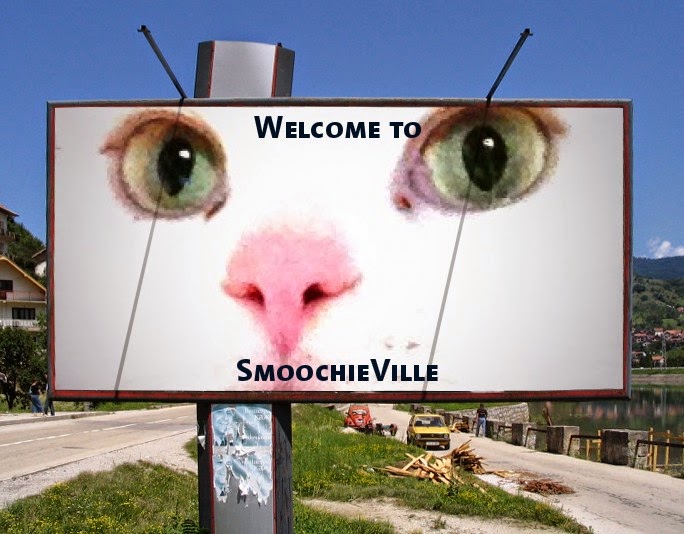 Purrhaps ~ A small hamlet named after me
[obviously get rid of the yellow peril and smashed up pallets, we'd have to have a bit of a clean up, either that or my imagination needs a bit of work] 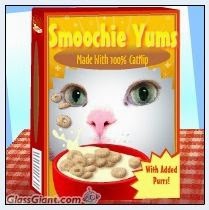 Effuryone furrmous should have their own cereals with 100% pure Catnip

The Let Me In Anywhere Pass Card 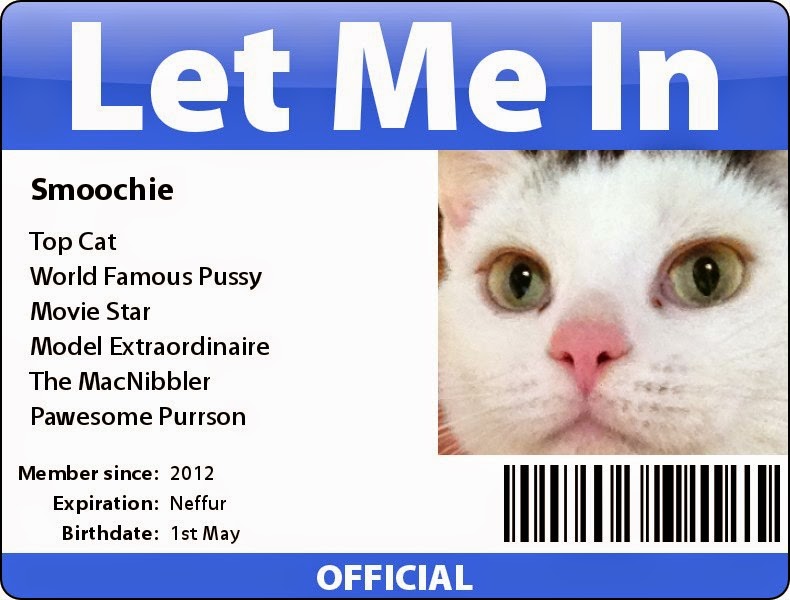 This would grant me unrestricted access to anything, anytime & anywhere! 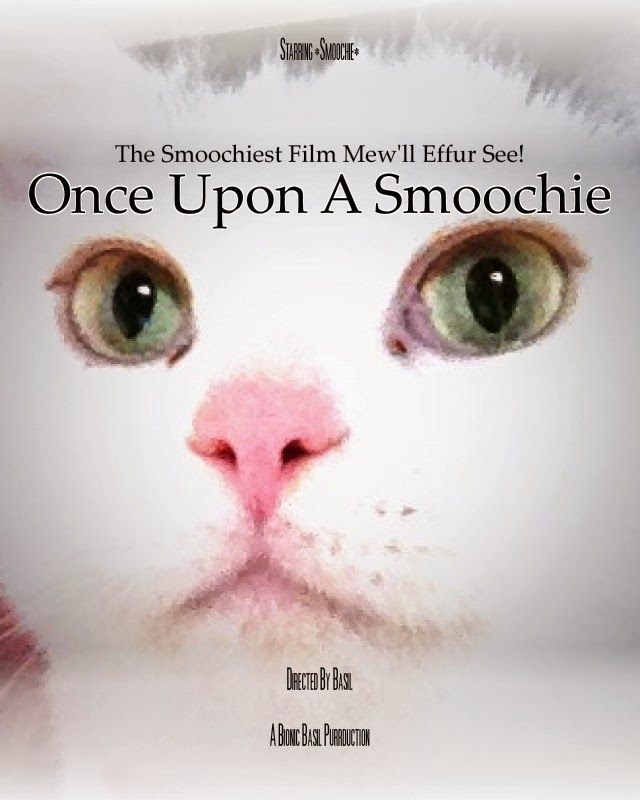 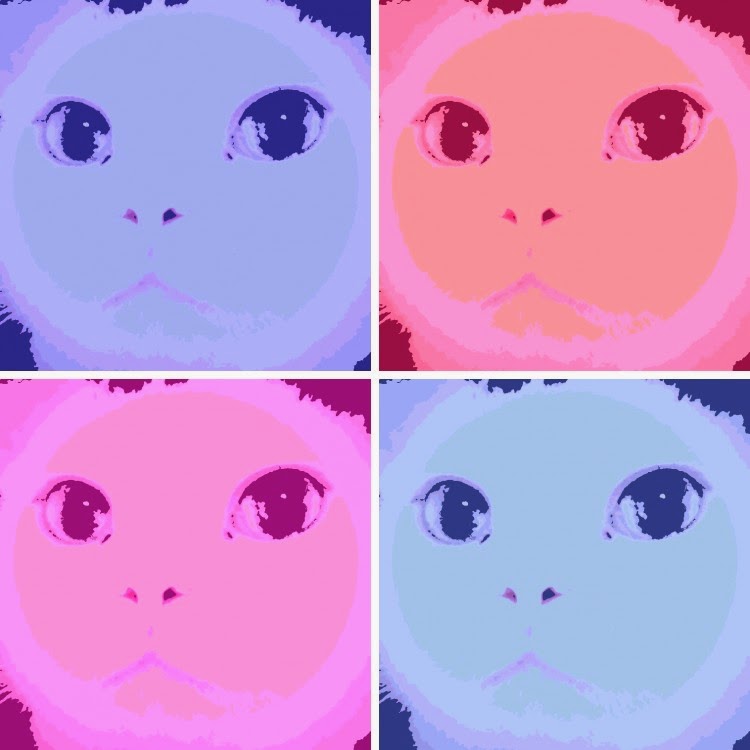 This one's a given, if you're furrmous, mew automatically get multi-coloured pictures 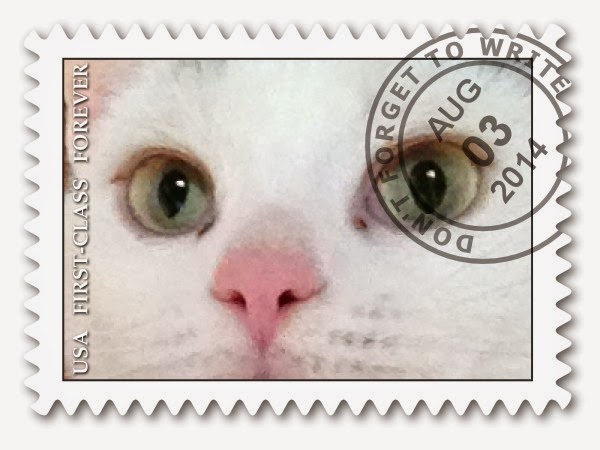 No licking my bottom though, they'd have to be self adhesive fur sure
[I can't have anyone just licking things willynilly!]
Smoochie Trading Cards 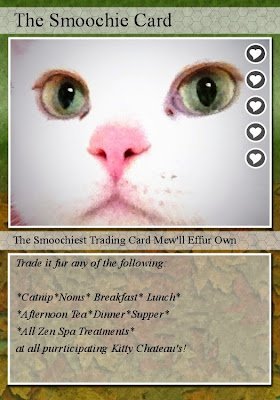 Finally me in Times Square! 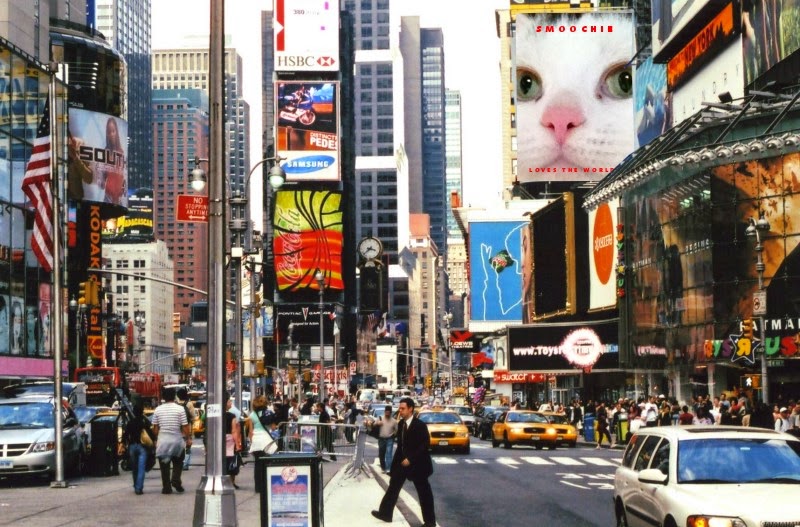 Way to go Smooch, we hope mew get a vote or two, and now it's time fur us to hop on, so we'll wish mew all a epic Sunday and hope to see mew on the morrow when we're back with another mandala fur mew to colour and get your Om on and Zen Harmonies happening!

Graphics created used under paid licence @www.canva.com
Smoochie graphics created @ www.glassgiant.com
Posted by Basil and The B Team ~ BionicBasil ® at 01:00