Basil vs The Flutterby and The Catservatory on the Pet Parade Blog Hop No: 230 ~ Hosted by Rascal & Rocco Co-Hosted by Basil & Barking from the Bayou 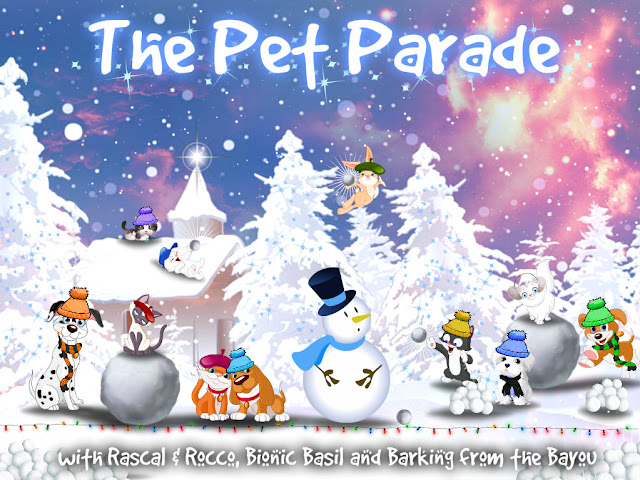 Welcome to this weeks Pet Parade, and furstly we have to say a supurr special thanks to Erin, HRH at the Palace fur furry kindly sending us a rather pawesome Flutterby Toy.

Appurrently it was too far noisy fur one with such delicate and sensitive ears, and much more suited to a heathen hoard like ourselves who are are not bothered by such things - years of shooting, driving tanks and flying loud things will do that to mew!

Anyhoo, it was so funny, we thought Fudge would pounce on it, but in fact it was me who couldn't resist the magical allure of the blue flutterby as it teased me in such an evocative way, so here's exactly what happened.  And fur an older geezer I still think I've got the moves dudes! MOL

In other news, we're having a little catservatory put up this week, it should have been done before Catmas, but thanks to that horrific Mercury Retrograde stuffing effurything up fur most of December, the peeps arrived on Monday without warning - yep residual Mercury Retrograde still affecting 2018.  So anyhoo hopefully next week the builders will be gone and we can choose a floor and get a wood stove sorted.

Appurrently the P.A. is planning on making the house wall a bit of cativity climbing jungle fur us, and we'll obviously be showing our pawesome pals here on the blog the pics in the next few weeks as it's completed.

So that should be fun when its finished, and hopefully Fudge's desire to be up high will be satisfied by being able to climb up the platforms and cross the rope bridge, actually it does sound a bit like an Indiana Jones movie and it could well be... Well we do have the amethyst crystal cave next to Amber's library, and we do love a bit of an adventure, so anything is pawsible here, mew guys know that furst paw! MOL

Wordy On Wednesday with Amber  #54

We'll be back with our usual selfie selection on Sunday, so hope mew can join us then, in the meantime we wish mew all a totally terrific weekend