On Guard, Valerian Toys & Cats In Boxes on the Pet Parade Blog Hop No: 234 ~ Hosted by Rascal & Rocco Co-Hosted by Basil & Barking from the Bayou 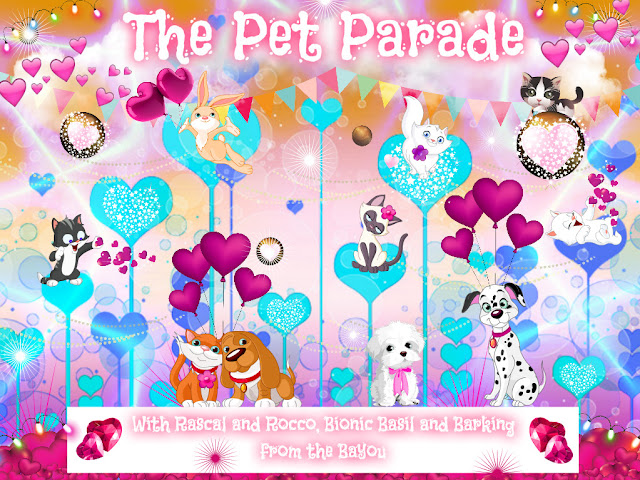 Welcome to the Valentines Week Report on the Pet Parade. We've had a really loved up week here on the blog, with heart selfies, heart mandalas, heart books, heart puzzles, like there's so much love happening right now we're about to get out the dinghies and start paddling! MOL

But seriously enough about love, let's move on and talk about toys... woo hooo we love toys [oops more love happening] here at the BionicBasil HQ and the other week our supurr, great pals at the pawesome blog Katzenworld asked if we'd like to try a recently released selection of valerian toys from 4Cats in Germany.

So the other day the P.A. unboxed effurything to see what we got and OMC just look at all, isn't marvellous, supurr, smashing, great?  Anyhoo its not all fur us, that would be rude and mew know we love to share, so we'll be doing a propurr sponsored post featuring all these wunderpurr goodies next week and having another give-away, yep mew heard me right, another epic give-away, we bet mew're so excited about that!

Anyhoo, aftur the big reveal which was most epic and exciting, I took it upon myself to do the right thing and guard all those toys most seriously and stalwartly as mew can see... 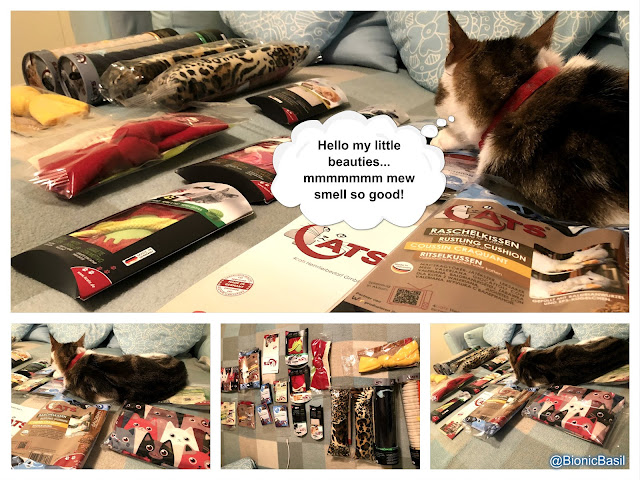 Fudge tried to muscle in on the action but I said, "No way dude, mew stay offur there on your crinkle heart mat!" 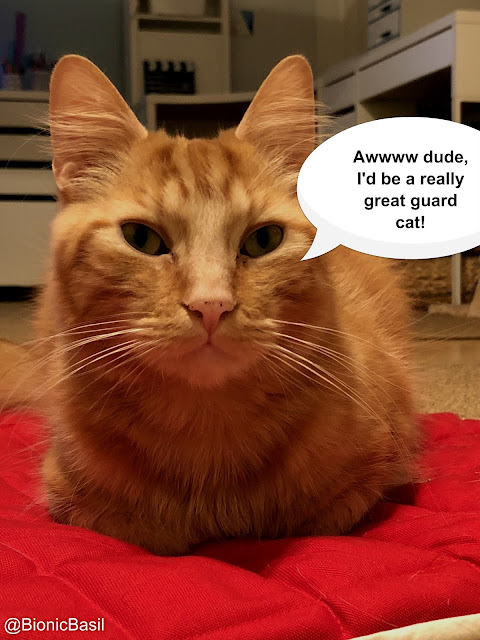 "More like a complete heathen!" I muttered, then added. "Dude mew can guard the box on the early-burd shift between the hours of 3am to 5am, it will be in the safe so your job is to sit by the the safe and not move until somepurrdy else comes on the next shift!"

"OHHHHHHHH I can do that!" Fudge beamed excitedly. "Can I keep one of the toys to keep me company?"

"Awww but Basil they smell so good, and it would really help me stay awake!" Fudge said.

"Nope, nopurrdy has access to the toys until tomorrow in the pm!" I stated firmly.

He nodded agreeably and then asked... 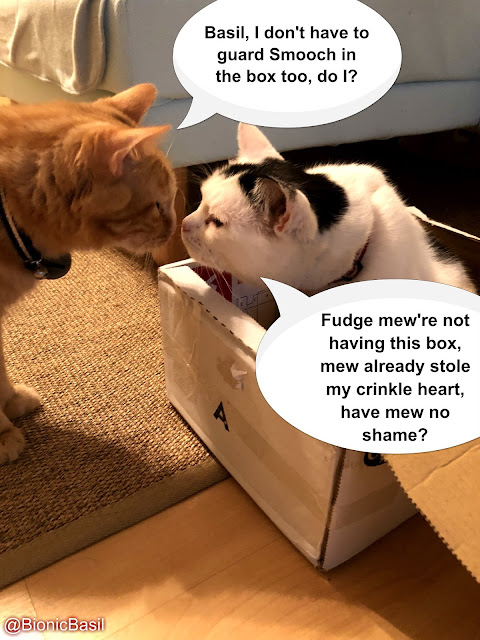 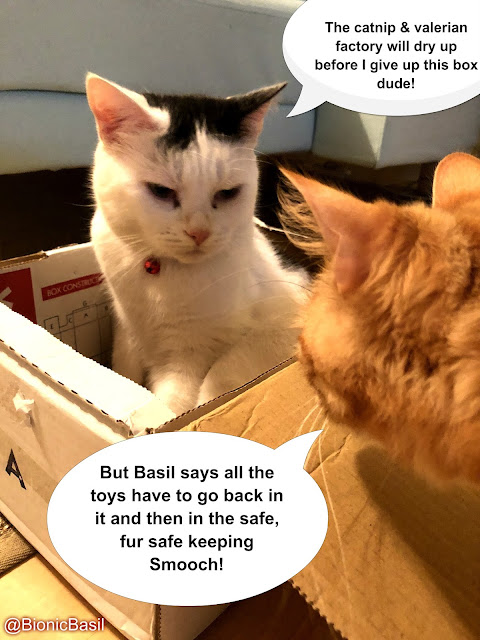 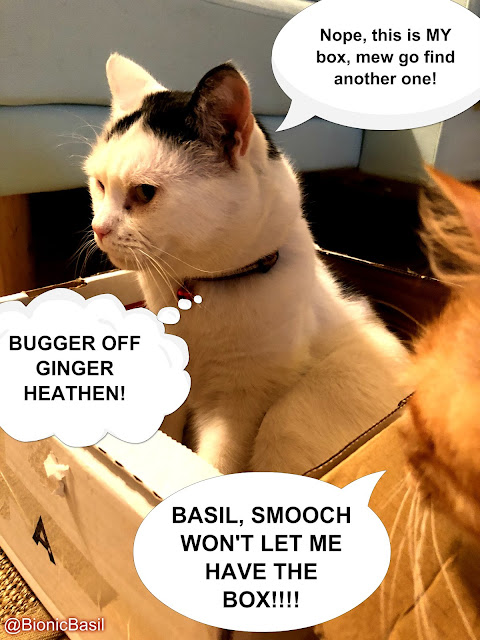 I gave them my bestest eye-roll and said. "Dudes, mew're both on the early-burd shift now!"

"Not anymore mew don't!" I replied. "And by plans mew mean sleeping in that box!"

To be continued next week....

Sunday Selfies ~ Who's Your Valentine?

We'll be back on the morrow with another Pet Peeves post and again with our usual selfie selection on Sunday, so hope mew can join us then, in the meantime we wish mew all an epic weekend and don't furget to join in today's blog hop!