HAPPY EASTER & We Know What's Happened To SPRING! on the Pet Parade Blog Hop No: 240 ~ Hosted by Rascal & Rocco Co-Hosted by Basil & Barking from the Bayou 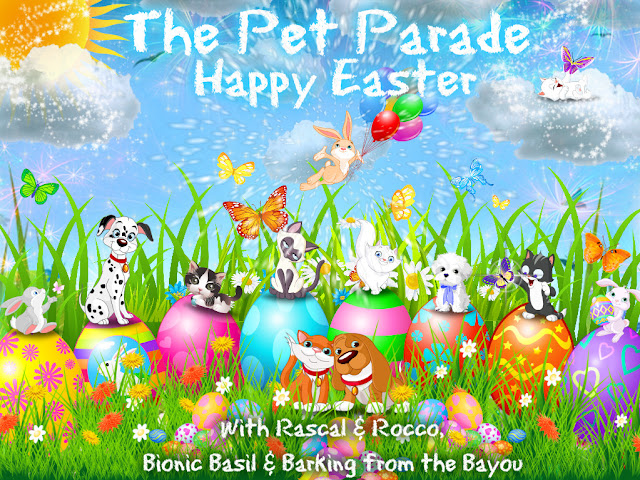 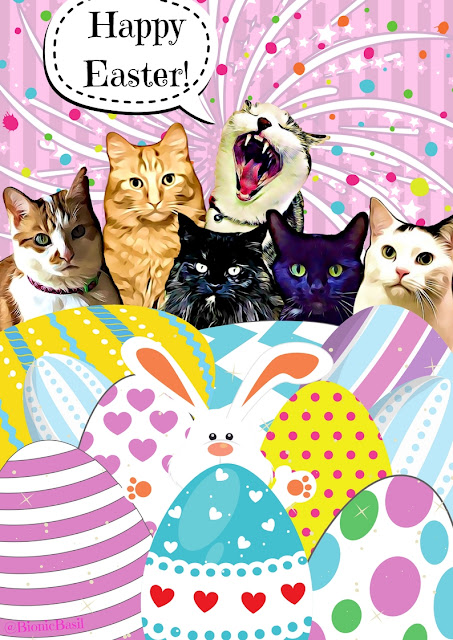 Welcome to our weekly news round-up!  This week mew may have noticed that our programming schedule is a little off, many apologies fur that but we did suffer from acute interwebs connection failure aka AICF offur last weekend.

And though the purroblem is now fixed, it has put us a little behind and we are going as fast as we can trying to catch up.  The P.A. is also swamped at wurk with a whole load of Health and Safety Regs that need updating due to recent staff expansion and if anypurrdy mentions the wurds:- Risk Assessment, she's really going to flip! MOL [OOPS!]

In other news, we've now realized what's happened to the weather, as mew know the wurld has been experiencing some rather radical weather and we in the winter zone aka northern hemisphere have had the weirdest weather since sliced bread was invented.

Earlier this week we hijacked the C.I.A.'s - Cats Intelligence Agency - weather satellites and began to run our own series of tests and have come to this theory; North Korea's nuclear testing last year is the probable cause of the unstable and highly erratic weather.

In conclusion, SPRING has been severely delayed due to all that nuclear testing!

How's that fur a theory?

Wordy On Wednesday with Amber #63 featuring The Kitty

We'll be back again with our usual selfie selection on Sunday, so hope mew can join us then, in the meantime we wish mew all an epic weekend.