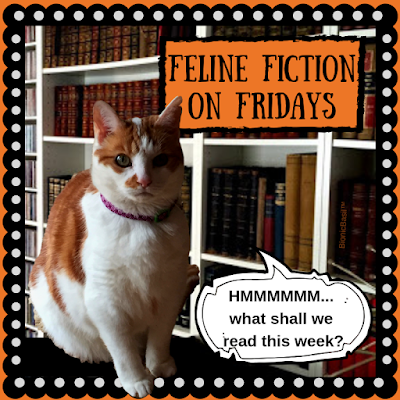 Wow, another week has just flown by and I've spent most of it in front of the fire! MOL Well, that's when I've not been playing with the catnip teabag, yes there is video evidence of this behaviour on Instagram, and so I can't deny it any longer!

I know mew'll want to see it, so here's the direct link to me and the teabag. 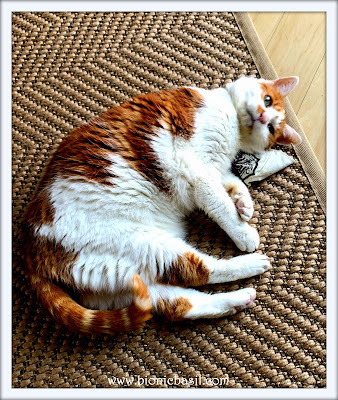 Also I've just learned there is further evidence on Wednesday's post - for fluffs sake, can't a cat play with a teabag in peace?!!!

Anyhoo I think it's time to share this weeks book before I'm accused of having a serious catnip habit.

Here's A Small Snippet of the Book Blurbs:


He is a record collector — a connoisseur of vinyl, hunting out rare and elusive LPs. His business card describes him as the “Vinyl Detective” and some people take this more literally than others.

His first adventure consisted of the search for a rare record; his second the search for a lost child. Specifically the child of Valerian, lead singer of a great rock band of the 1960s, who hanged herself in mysterious circumstances after the boy’s abduction.

When one of his cats accidentally discovers a rare Victory Disc, the Vinyl Detective and his girlfriend Nevada are whisked into the world of big band swing music, and a mystery that began during the Second World War.

It’s all Tinkler’s fault. If it weren’t for his obsession with the 1970s electric folk band, Black Dog, none of this would have happened.

I feel so lucky to have found this series recently, and although the cat twins; Fanny and Turk don't really have a large role other than just being cute cats, and that they add a bit of background padding/fluff, I don't feel cheated in any way at all by that.

These books are pawesome, they have; mystery,  intrigue, a touch of romance, humour, murder, some very funny names, old fashioned vinyl records or LP's, and a very clever plot with great lead characters who are fun and witty though very relatable, and some suitably nasty baddies too. The main-stage setting is London, although cross-county and world-wide travel does feature, which adds a nice element.

After four books I still have absolutely no clue what the Vinyl Detectives name actually is, or what he looks like; this is the furst book I've ever read where I have no idea about these normally high-ranking details which authors like to subtly intertwine within the lines of the story, but it only adds to the mystery. In book one, he does get the nickname Chef, but that's as big a spoiler as mew'll get from me! MOL

All in all a brilliant read, with a nice old school vibe, and I can't wait for book 5 which is coming out in Spring 2020, and if I'm honest, that's not soon enough for me!

If mew love a really good read, then I think mew'll really enjoy this; though I would suggest getting the audio version as the narrator is epic, and really brings the story and characters to life.

Sadly it's time fur me to say BFN or bye-fur-now as mew know the drill, so many books, so little time and I'll be back next week with another specially paw-picked book just fur mew. And don't furget that all my previous reviews can be found on my Book Review page.

Don't furget to stop by tomorrow when our furst Catmas Special Crafting with Cats will be live, so do join us for that!

Keep calm and read on

graphics created with paid licence www.canva.com and www.pizap.com
Posted by Basil and The B Team ~ BionicBasil ® at 00:00