Ginger Ninja Appreciation Day with Fudge and We got a Make-Offur! on The Pet Parade Blog Hop #211 with Rascal & Rocco Co-Hosted by Basil & Barking from the Bayou

Welcome to our weekly round-up on The Pet Parade, furstly we think our RSS feed is broken so if mew're a subscriber, you're probably not getting any updates when we post, we're trying to fix it but thus far we've not succeeded.  FYI we post as regular as clock-wurk:

Our programming schedule will change in October when Colouring with Cats will resume again on Monday the 2nd and Amber will be back with Wordy on Wednesday Book Reviews on the 4th, and Braining Training with Professor Basil is back the 5th.

In other news, if mew hadn't already noticed we finally got a bit of a make-offur... 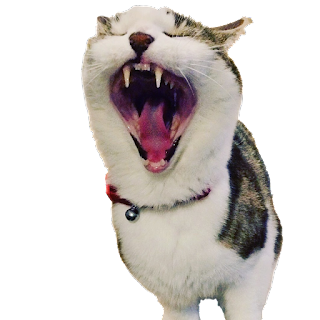 But seriously, it's a wurk in progress, and a few more things will be changing.  We are going to do an update on our Pawesome Blog Directory and add all the links from our sidebar widgets - which are at the moment in the footer - so that effurypurrdy is in one place and we're adding a Memorial Page fur Angels Posie, Humphrey and Snowie, as it's most impawtant that they're still here, only now in the cloud.  Though as mew all know so well, these things take time, as do the graphics, so purrlease bear with while we are 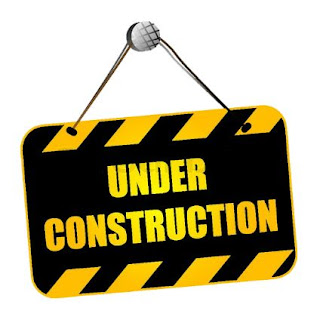 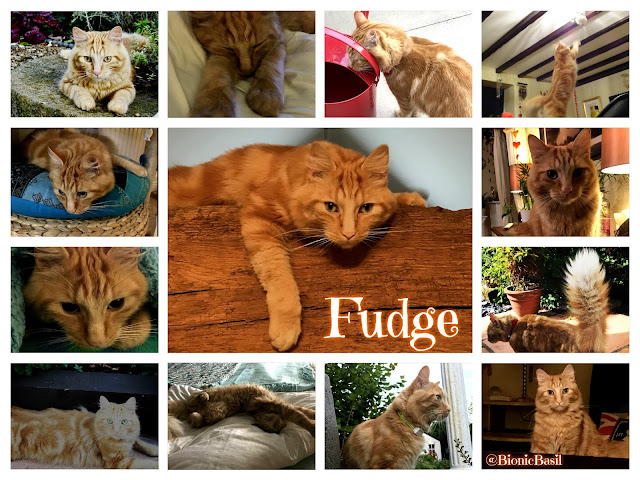 As mew can see Fudge is the ultimate in ginger ninja-ness, and he said and I quote, "Basil we need to share many photo's of my uber orangeness today!"

So I replied, "Great idea, get too it dude!"

And there mew have it, Fudge in all his glory! MOL

Well that's about it fur this week, other than Pandora almost giving the P.A. a nervous breakdown when she went missing the other evening, luckily she had only gone next door to see the kittens, but as she never usually breaches the border the P.A. went into a bit of a meltdown until we found her! OOPS!

Crafting with Cats ~ How to Make a Kitty Observatory

***Don't furget to leave a comment on Parlsey's post fur a chance to win an epically epic surprise goodie bag!

We'll be back with our usual selfie selection on Sunday and hope mew can join us then, in the meantime we wish mew all a fabulous weekend

Other graphics used under paid licence www.canva.com  and www.pizap.com
Posted by Basil and The B Team ~ BionicBasil ® at 01:00
Email ThisBlogThis!Share to TwitterShare to FacebookShare to Pinterest
Labels: Barking from the Bayou, Bionic Basil, Blog Hop, Rascal & Rocco, The Pet Parade, weekly round up