Love To Read? Book Reviews with Amber at The Mewton-Clawson Library #185 featuring **Junkyard Cats** by Faith Hunter PLUS Friendly Fill-Ins

Hello gorgeous library guests
and
Welcome to the Mewton-Clawson Library at BBHQ
Thank mew for joining me in the stacks today, and I do hope mew've all had a very festive couple of weeks.
We packed the Catmas tree away on Wednesday and took down all the festive trimmings
and lights at BBHQ, and it does seem somewhat lacklustre now. 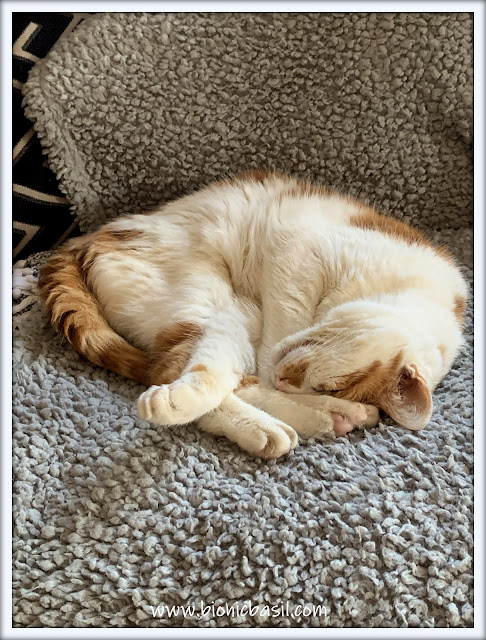 I've been enjoying some really big catnaps in the sitting room while the woodburner has been roaring away and delivering an ambient temperature of totally tropical, as mew can see I was well in the snooze zone in my picture, as there's nothing like a freshly washed blanky and a fire to send mew into the land of nod! MOL
Do tell me about what mew've been doing, as we haven't been online at BBHQ due to catching up on jobs around the house during our Catmas break. Mewton-Clawson Library Copy
Junkyard Cats
by
Faith Hunter
Here's a little snippet of the book blurb:
After the Final War, after the appearance of the Bug aliens and their enforced peace, Shining Smith is still alive, still doing business from the old scrapyard bequeathed to her by her father. But Shining is now something more than human. And the scrapyard is no longer just a scrapyard, but a place full of secrets that she has guarded for years.This life she has built, while empty, is predictable and safe. Until the only friend left from her previous life shows up, dead, in the back of a scrapped Tesla warplane. Clutched in her cold fingers is a note to Shining—warning her of a coming attack.

Way, way, way back in 2016 when I first started sharing my book reviews, I reviewed another book by Faith Hunter, Skinwalker, and have gone on to enjoy twelve books in the series, although there are fourteen available and the fifteenth comes out later this year. I've also read three of the Soulwood books, and a few of her other titles too so I'm quite the fan.
Junkyard Cats has been on my to-read list for ages, and when I was perusing Audible last month I saw that it was available for free for members, lucky me and even luckier for Parsley not having to buy me a new book! MOL
Anyhoo I hastily downloaded it and I've been listening to it this week. Set in a post-apocalyptic world full of tech and things that are in all honesty probably just around the corner for us, a couple or three decades away and where some robots and machines aren't friendly. I just know that A.I. in a real-world situation is a bad idea, haven't any of these brainbox scientists and tech companies ever watched The Terminator? It amazes, in fact astounds me, that they think they will be able to remain in control of their inventions.
But I digress, after being immersed in Faith Hunter's other fictional universes it took me a while to get into the story, especially as it was the same narrator from the other books and as I was listening I kept being propelled into the other books.
However, that aside I have enjoyed it, the cats are quite something to behold, and if mew know about my alter ego in The B Team, then mew'll know I have an awful amount of respect for these fighting felines.
Although slow to start and get immersed in, once I was there I really enjoyed it. If mew love fantasy, sci-fi, dystopian books I would definitely add this to your reading list.
Great news, book two in the series is also free to listen to on Audible, and book three is coming out this year.
Audio 5 hours 2 mins
Kindle 106 pages

I really hope mew enjoy the book as much as I did if mew decide to read it.
It's time for me to say BFN or bye-fur-now as mew know the drill, so many books, so little time and I'll be back next week with another specially paw-picked book just for mew, and don't furget that all my previous reviews can be found on my Book Review page.
Until next time...
Keep calm and read more books
Amber