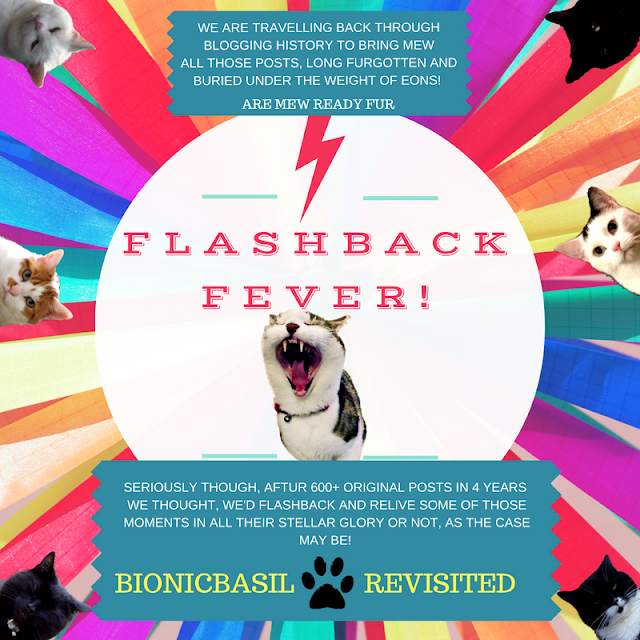 Today we are going back to 2nd September 2016 and revisiting The Kitten Kollege Campaign.

Let's jump in the time dilation vortex and go a just little ways back.... 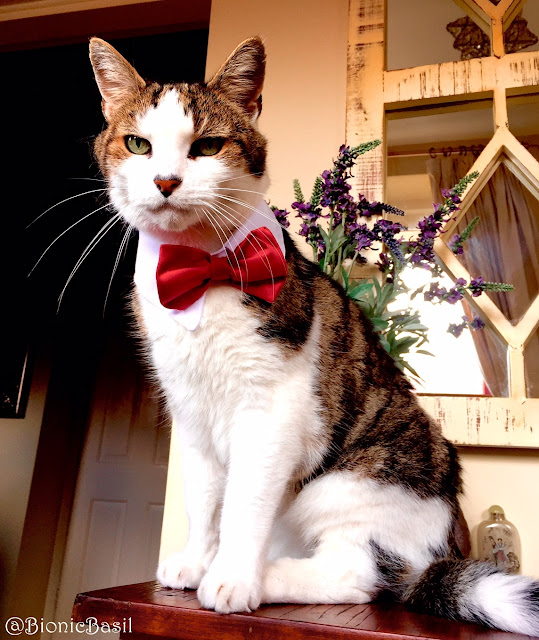 Today I've been asked to take a little stroll down memory-lane by the wunderpurr peeps at:

So obviously I've got my bow-tie on as this is such an auspicious occasion!

Anyhoo, the pawesome peeps at WHISKAS® wanted to know if there was anything I wished I learned in kitten-hood but sadly didn't...  but before we get to that, take a look at these lucky kittens who've just enrolled at Kitten College.


Many years ago, when I was a kitten in kollege everything seemed so big, seriously everything seemed huge!  Once I'd realised it was a ginormous wurld out there and I let my natural kitty-curiosity run wild I discovered that there were many things I would love to learn, and being a rather eager little kitty I made it my mission to go to as many classes and lectures as pawsible.

As my Great Uncle Arthur told me on numerous occasions; 'Mew can neffur have enough strings on your tail young Basil!'  So I took this great advice on-board and spent many extra hours in the library learning all that I could.  The Kitten Kollege curriculum was as long as it was broad, and a few of my favourite classes included; Mouse Hunt, Catch the Pigeon and The Cream Connoisseur.

In my final term at Kitten Kollege I hit a bit of a speed-bump, not literally I hasten to add even though I did crash into several hurdles during gym class one day much to the chagrin of the Gym-Mistress aka Miss Meowvellus! MOL 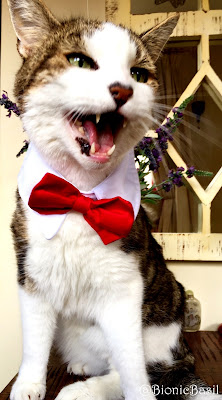 Anyhoo I'm digressing, so there I was in my final term and I started a new class with the esteemed Professor Pudgy MacSpanner who was head of the Department of Cat-Flap Etiquette and The Art of Opening a Tub of WHISKAS® Crunch Treats in Stealth-Mode without the peeps knowing, the latter one tickled my fancy more than mew could effur know. 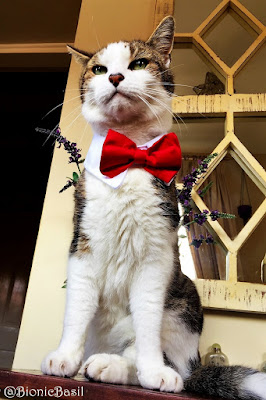 I was purrticulary fascinated with how to open that foil pack in complete stealth-mode and soon mastered the techniques to ace the class, and while I was delighted with my A+ report card, sadly I flunked the Cat-Flap Etiquette Course due to my abject refusal to squish my whiskers [well they are magnificent] whilst traversing the tiny portal.

As we all know we should look aftur our whiskers, just like WHISKAS® looks aftur us, purrfectly! 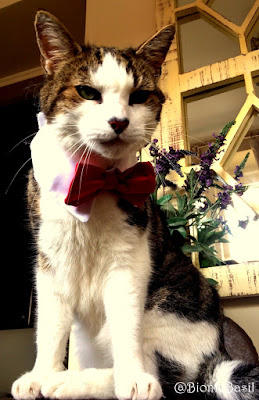 F.Y.I. Flunking the Cat-Flap Etiquette Course has not impeded me in any capacity whatsoeffur, in fact I have now trained my P.A. [Purrsonal Assistant] to open doors at my command, which is a much more dignified way to enter and leave ones private residence, which I do on average at least twenty times a day!

Though I do have to say it would be nice to be able to traverse that tiny escape hatch at 3.58am when the P.A. won't wake up and I want to go out to play.


Furry many thanks to WHISKAS® fur asking me to purrticipate in their paweome Kitten Kollege Dropouts Campaign, I had a blast in the past! MOL

“This post is a collaboration with WHISKAS®, but all thoughts are my own. Check out their website for more information on their cat food and their YouTube channel for fantastic Kitten Kollege videos.”

Thanks so much fur joining me today on my little journey all the way back to kitten-hood.