Welcome to another week on the blog and we hope mew've had a fabulously chilled weekend.

Mew know the blog'o'sphere has been filled with so much heartbreak the last few months with so many pawesome pals departing fur The Rainbow Bridge including our furry own Snowie and Humphrey, who both now have their beautiful wings.  Well this got us thinking about the heartache, loss and stress of grieving fur our beloved fursibs and how it affects us.

We had a meeting in the bunker and decided that when the P.A. returns from Blogpaws in Myrtle Beach we're going to do a special Crafting with Cats post on how to make a furry purrsonal memorial fur those that have departed. As we think that by making a beautiful keepsake that mew can display in your home will help with the grieving and release all those emotions as mew'll be investing them into something new rather than physically hanging onto them, because consciously or even subconsciously holding onto sadness and grief only serves to weaken our immune systems and that my dearest furriends is no good fur anypurrdy.

Anyhoo enough of the sadness, let's get mew feeling all nicely relaxed fur the next few days, so if mew're upset, tense or stressed we will assist mew in getting your Zen Harmonies happening and that fuzzy feeling of zen-ness back.

Just let all those thoughts racing around at a gazillion miles an hour go, imagine them slipping into the ether and dissolving like a vapour trail until they've completely gone. Think of blue-skies, sandy beaches and waves lapping softly on the pristine white sand, feel the warmth on your fur and breathe deeply, letting effurything go.... all mew can hear is the azure blue ocean as it gently kisses the velveteen sand beneath your paws, the gentle rustling of the palm trees and the sweet songs of the birds above... effurything is at peace, effurything is just as it should be... just be and enjoy the moment. 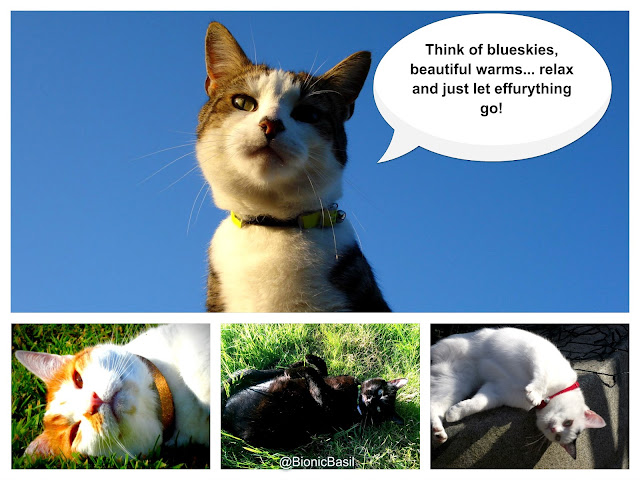 Amber, Parsley and Smoochie are doing just that right now!

And what a great job they're all doing.

This week the P.A. made a special mandala fur our furriends who recently departed fur the Rainbow Bridge; May they be frolicking in meadows of catnip and chasing flutterby's galore, though mew may be gone from this realm, mew will neffur be furgotten. 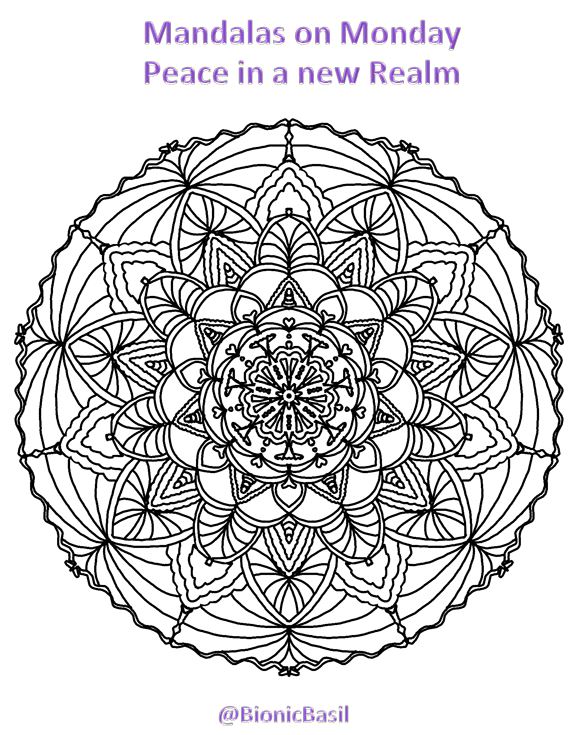 This week Merlin's mum Alice, who has been our resident guest colourist fur the last few weeks, did another amazing colour combo this week - Thank mew so much Alice, we really think today's mandala is just a wunderpurr colour kaleidoscope!!! 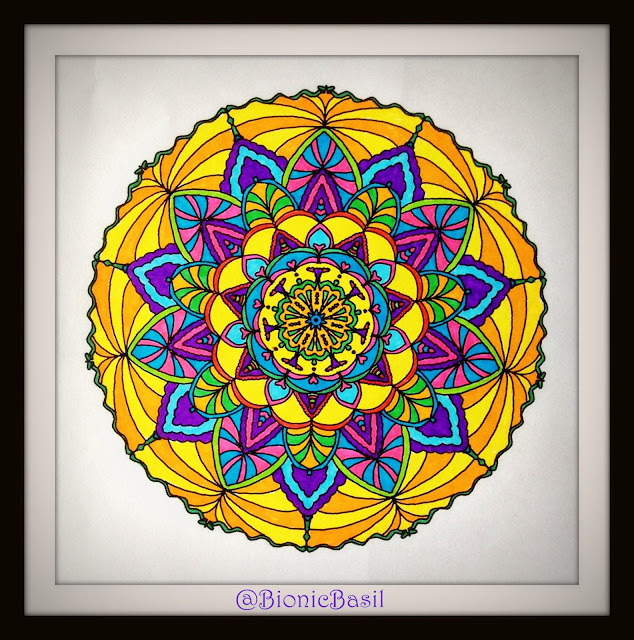 This one was coloured by the P.A.

In memory of bestest furriends we have lost this month.

Though mew have moved on to a new life, your memory will live on fur eternity with us... 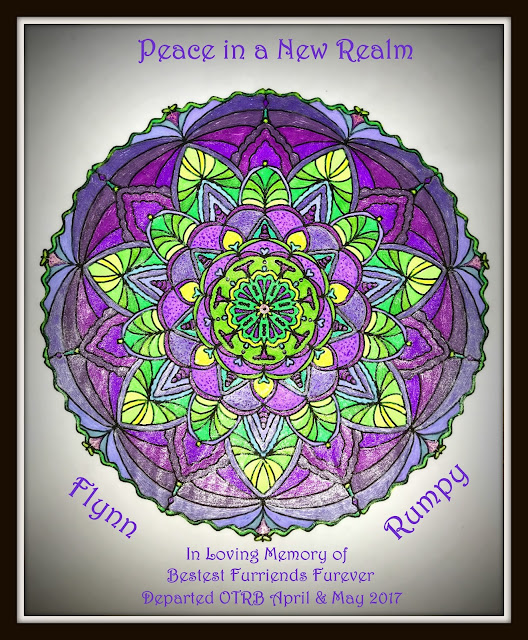 If mew know of any blogging furriends who have recently departed OTRB and mew think they'd like a Memorial Mandala, or to be added to one we've already done, just drop us an email, we'd be honoured to do it...

So on that note we'll say bye fur now and hope to see mew on Wednesday when Amber is here sharing this weeks new must read novel, and hopefully we will announce the winner of Smoochie's Birthday Give-Away from Sunday's post, will mew be the winner of the epically epic surprise bag of goodies from the Kit Knit Cos Play Store?  So exciting!!! MOL