So what's been happening this week I hear mew ask... well mew know that we asked on last Fridays post about anyone being interested in being part of Sir Snowy's 2018 Charity Kitty Calendar, well we had one interested - thank mew furry much ATCAD, so the P.A. asked in one of the kitty FB groups if it was ok to post there fur kitty models, admin said yes, so she posted on Wednesday teatime.

The P.A. thought that maybe about five or six would respond, do mew know how many comments with beautiful kitty pictures were on that thread 24 hours later?

Like OMC, how many, talk about an avalanche response it was beyond amazing, incredible and epically epic.  So anyhoo, Sir Snowy has more models that mew could effur imagine and is now deciding on making a calendar/coffee table book to feature all the new recruits, and if that wasn't fabulous enough, he also got 206 new followers in 27 minutes and the most beautiful comments effur on his twitter-feed.

We are beyond thrilled fur him

And in other news Pandora decided to finally join in on #TiaraTuesday on Twitter and this is what she posted: 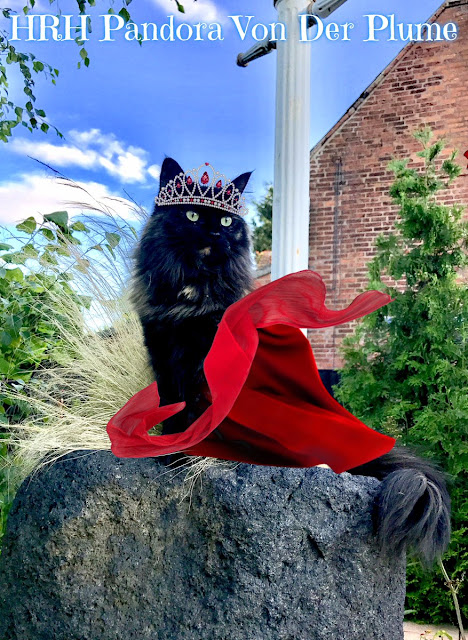 Who knew we had royalty among us.

We think she needs to be in that show, Game of Thrones, she'd be purrfect! MOL

"I vould make a most excellent queen!" Pandora said in her odd little foreign accent. "Plus red looks fabulous on me dahlings!"

I decided to go on Frog Watch 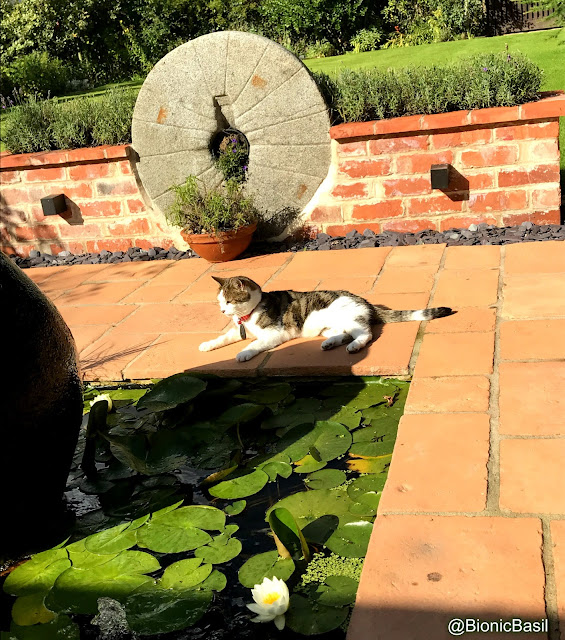 I didn't have to wait long... Mr Froggy our foreign exchange student from The Resistance has made himself right at home! MOL 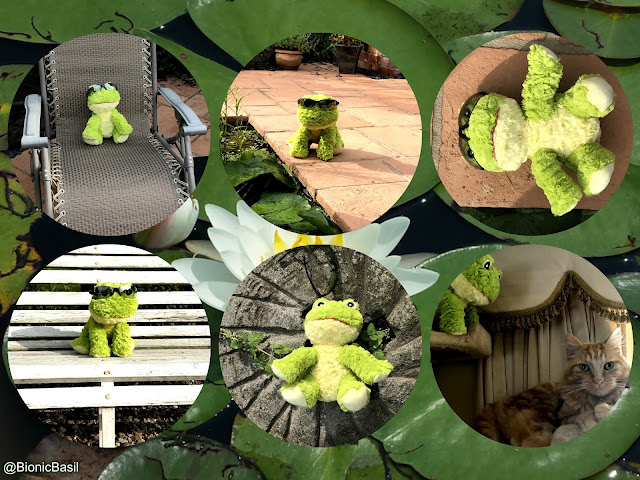 And it would appear we have found out who really caused the 'Catnip Cropper!'

And finally last night we had four emails come through our contact form from someone called Sophie Morgan saying please call me and then a UK phone number - like seriously, mew think we're going to call mew after an email like that, so mew can get our phone number then spam the flip out of it or use it in some telephone scam - WE DON'T THINK SO SOPHIE!

And if mew missed anything during the last week, here's the latest links fur your purrusal:

Pet Peeves With Parsley #3 ~ What's Your Boggle This Week?

We'll be back tomorrow with our monthly Crafting with Cats post and show mew how to make The Observatory and again with our usual Selfie Selection on Sunday, so hope mew can join us then.

In the meantime we wish mew all an epically epic weekend and don't furget to add your links to the Pet Parade hop below!