This will be our last Fluffers fur a while as Amber starts back with her book reviews and book club next week, so we bet mew're so excited about that! MOL

And furst on the podium is Melvyn's Under Carriage; Parsley said to Melvyn, "Dude the P.A. and dad call mew Solid Melvyn, is that because mew've got a chubby tummy?" 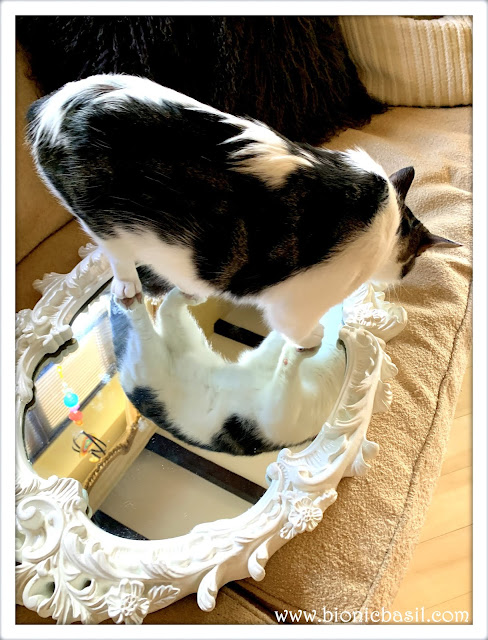 This was the only way Melvyn could see if his under carriage had expanded.

Aftur checking his mirror image, he said to Parsley, "Hey my tummy is not chubby, I've got an eight pack hidden under all this supurr-soft fluff dude!"

Next up is Smooch's Mousetashe; he wanted to know if he'd look rather dashing with an Errol Flynn vibe happening, so he got in the coal heap and drew one on but only on one side! 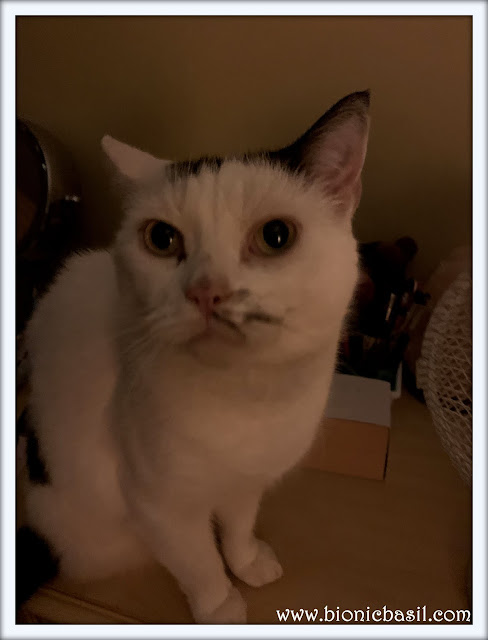 We think he looks more like Smoocule Poirrot! MOL MOL

And finally Pandora didn't know that Smooch and Parsley stuck some boggle eyes on her derriere - OOPS! 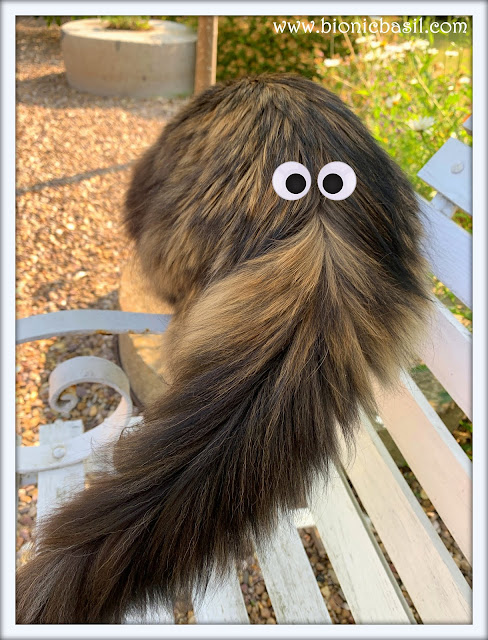 They called her Nellie fur weeks aftur - she was not amewsed.

We do hope mew enjoyed today's pics and do join us again tomorrow when we're celebrating 3 birthdays in one, so do stop by as we're having a little give-away too.