Smooch the Flower Seller, It's Great To Be Back and Beeing Fabulous on The Pet Parade #312 with Dash Kitten, Barking from the Bayou and US!

Well all we can say it is GREAT to be back on The Pet Parade, guys we've missed mew and we've missed our pawesome host Dash Kitten and co-host Barking from the Bayou.

Is there anything exciting that we've missed? Does anyone have any big news we need to catch up on?  as it's going to take us some time to get back up to full speed.  The P.A. is much better, she's still going fur physio and doing effurything to heal as fast as pawsible, though she still can't believe that she's struggling and so tired aftur 2 months, but so it goes - that'll teach her to fall through a ceiling!

In other news here at BBHQ, we loved taking part in Crafting For Your Shelters Week, and hope that we inspired many of mew to make something fur your local shelter, plus we've got some more supurr crafting/upcycling/recycling idea's coming soon, so keep and eye out fur those.

In other, other news, Smooch has a new job, he's selling flowers, how cute? 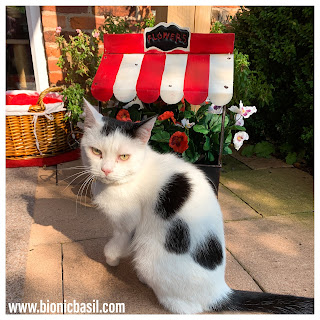 Now mew know we love our garden here at BBHQ, though obviously the P.A has been unable to do anything in the garden since her accident, but luckily this year it seems to have taken care of itself, which is quite miraculous! MOL  [Although we do have rather a large nettle patch to deal with in one area, but that can wait].

Now fur years we tried to grow echinacea; the P.A tried in several different borders around the garden without success.  Finally she decided to plant a couple in the raised beds in the courtyard and this year they've been fabulous. 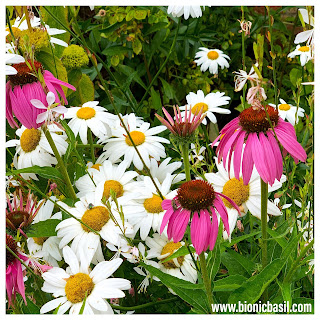 And the bees love them... 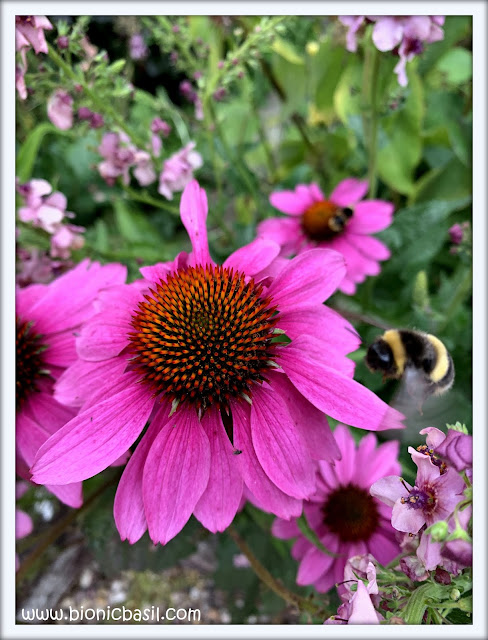 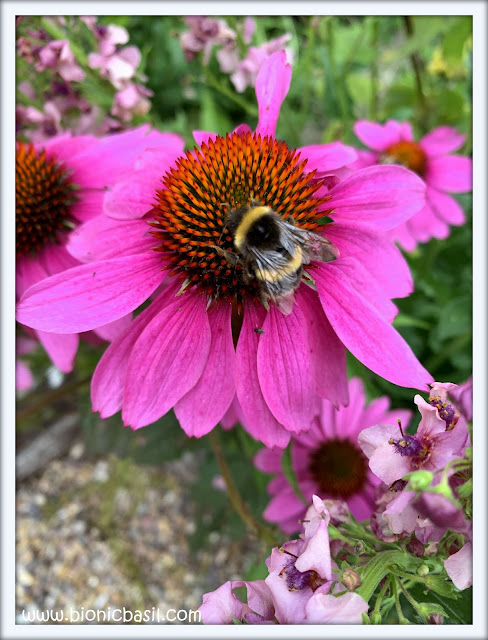 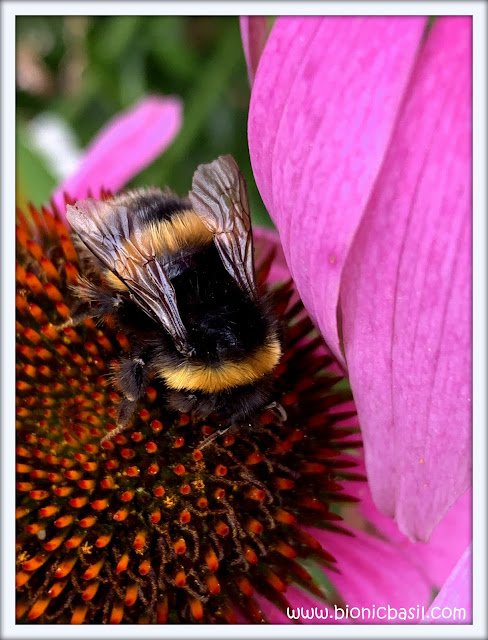 We don't use any chemicals, weed killers or anything 'nasty' in our garden, as we like the bees to just bee fabulous without exposing them to a cocktail of poisons... and they need all the help they can get.

We've also noticed several new types of butterfly in the last couple of weeks too, although we've not managed to get any photo's but we'll try to before the summer is offur.

On The Couch with The B Team ~ Guest Interview

Selfies with Melvyn the Magnifique

Meowing on Mondays ~ Living In A Multi-Cat Household

and if mew're missing our colouring posts, get our free colouring books below:

We'll be back on Friday with another Fluffer post, so we do hope mew can join us then and don't furget to hop along on the Pet Parade below.