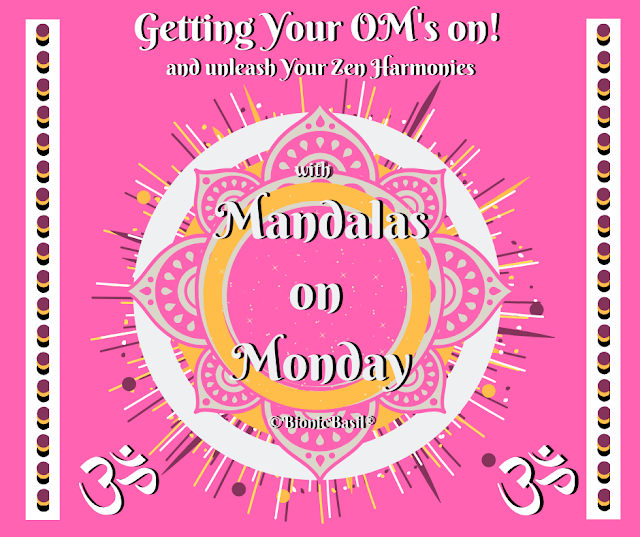 Mew know we were quite surprised when we saw the last Colouring with Cats post was at the beginning of December - OOPS! MOL

Time fly's when mew're having fun, and we must have been having quite some fun here at BBHQ, so anyhoo today we start our fab Valentine's week; where we'll be sharing oodles of happies, niceness and lurve on the blog effuryday just fur mew!

And today, Pandora sends mew all huge hugs and kisses.

Anyhoo, we do hope mew've all have a totally pawesome weekend, and mew're ready fur the week ahead; so let's jump right in and start as always with our little breathing exercise, which we're sure mew all have down paw by now...  but if mew've furgotten, stop what mew're doing fur a moment and take deep fulfilling breaths; counting to five on the inhale and five on the exhale:

Here's this weeks mandala, which is also featured in our latest colouring book #4, the download link is below if mew haven't got it already.  Yes, it's completely FREE but if mew'd like to donate £1 or $1 to our PayPal account - deardrbasil @ gmail . com - we'll add it to our second fundraiser for the OZ bushfires, this time for the RSPCA in Victoria. 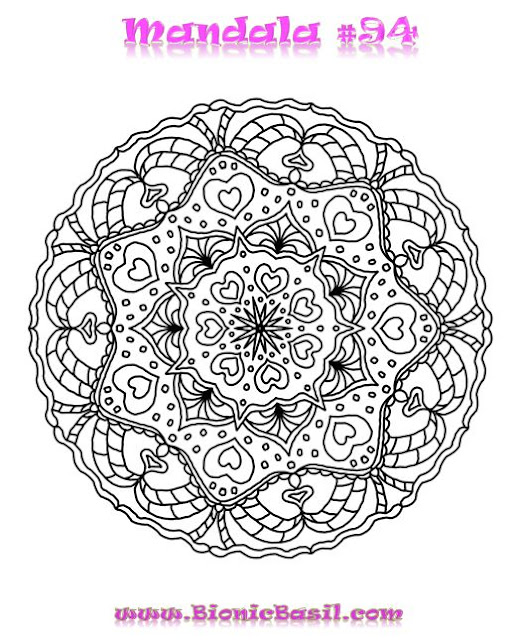 And here's our finished version... in all the hot colours of lurve! MOL 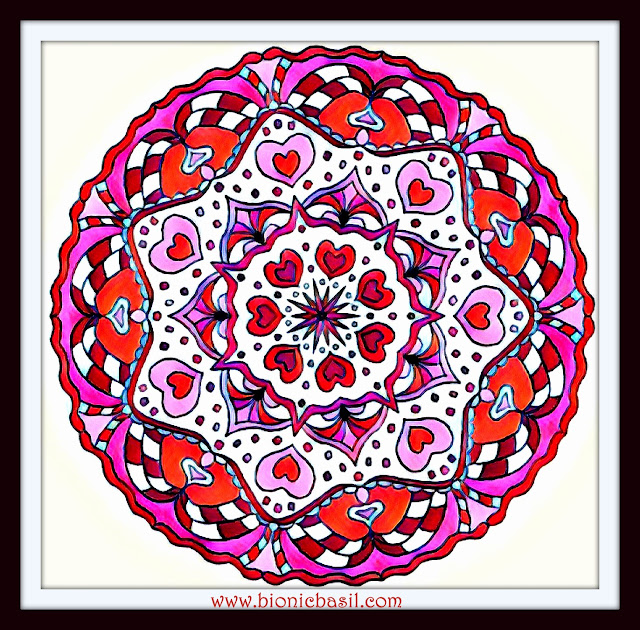 Coloured on the iPad and then transformed in Prisma, this time we chose the effect - Dallas

So on that note, we'll say bye fur now and hope to see mew on Wednesday on The Pet Parade now as we're having issues with power-cuts in the area after Storm Ciara yesterday, so the Gus and Bella Box review is being moved to Thursday instead, and don't furget mew've got until 5pm to enter Pandora's give Away if mew haven't already.