Welcome to Our Mid-Week News Round-Up and Hot Gossip on The Pet Parade & Today's Headlines are ~ Happy Thanksgiving, The Woodland Furiends Snuggle Mat Set and Why Is Fudge Calling Catline? 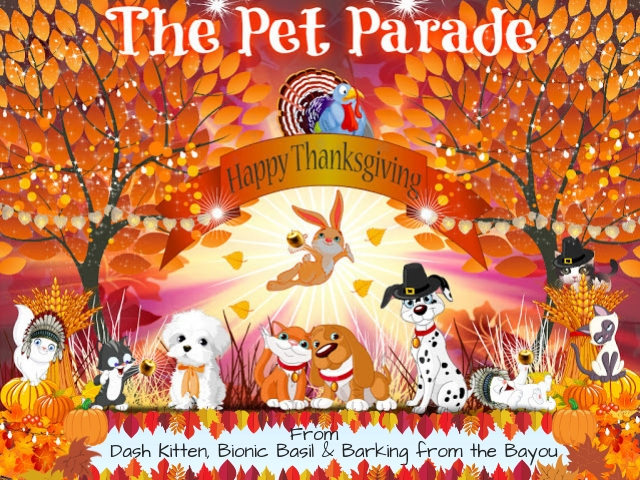 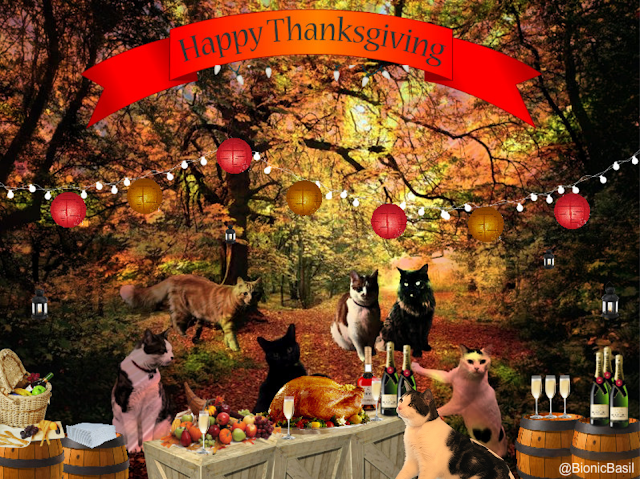 And for those celebrating here in the U.K. there's always plenty of turkey to go around at BBHQ, but be quick because young Melvyn and Parsley are both on bulking sessions right now! MOL
Wherever mew are, and howeffur mew celebrate, we really hope mew all have a pawesomely supurr day tomorrow!

Next up this week, The Woodland Furiends Snuggle Mat, Catnip Kicker and Catnip Cushion Set will be winging their way across the pond to a lovely new home later this week, and we thought what a delightful set to share for Thanksgiving.
As it's been shipped to the USA we've used catnip spray instead of using our homegrown dried catnip in the kicker and cushion as the last thing we want is for it to get stuck in customs and confiscated, and the kitty who it's destined for to be cheated out of it on a technicality.
And to be honest, we can't find out whether or not mew can ship dried catnip to the USA anywhere, so we're erring on the side of caution, and going the no dried catnip route! 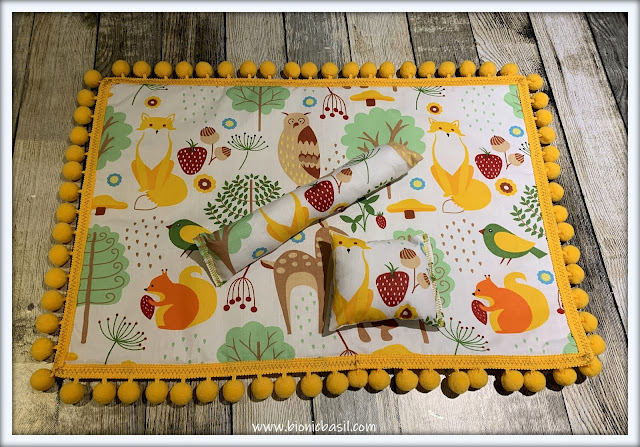 What to mew think to the fabric, isn't it absolutely adorable?

Finally this week, Fudge was caught on our BBHQ CCTV sneaking out to the TTTB aka Time Travelling Telephone Box early one morning to make a call.  And yes, the TTTB is still a fully functional call box, so anyhoo apparently he made a call to Catline.
For those of mew who don't know what Catline is; it's a dedicated call centre where cats can ring 24/7 and voice their grievances regarding purrsonally purrceived injustices (P.P.I.'s) with the hope of 3rd pawty intervention to help resolve said grievances, and speed up the process when in-home talks and negotiations are no longer viable or wurking. 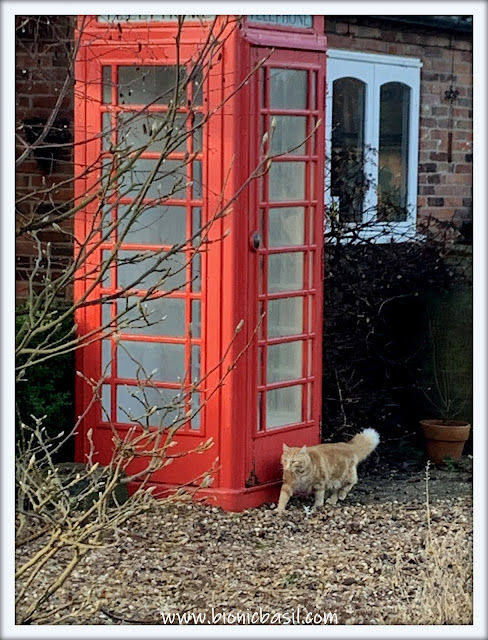 Fudge must have forgotten about the auto-voice-recorder on all the phones at BBHQ as we managed to get a complete transcript of the call.
"This is Catline, how may I help mew today?" asked the Catline Opurrator.
"Er yes, this Fudge at BBHQ and I've got a massive purroblem!"

"Oh dear, can mew give me the details?"
"Yes, I'm being deprived of my usual all-access, 24/7 dried food buffet and this abhorrent and heinous deprivation has been going on for the last 2 weeks, 2 days, 4 hours, 32 mins and 15 seconds!" Fudge replied.
"Ahhhh, I think mew have a solid case let me transfer mew to the D.F.D.D. or Dried Food Deprivation Department," the Opurrator said politely. "One moment sir, while I put mew on hold and transfer your call."

"Thank mew," Fudge said, hearing a distinct click and then some rather relaxing mewsic. A few moments later, a recorded messaged said. "Purrleaase stay on the line, your call is furry impawtant to us, although mew have called at our peak time and are held in a queue." The mewsic kicked in again.
Five minutes later, another recorded message said, "We're sorry to inform mew all of our opurrators are now on their regulated catnap breaks and won't be back for at least an hour, purrlease stay on the line to keep your place in the queue and we'll answer your call as soon as we wake up, thank mew for your patience."

Guys, we'll have to continue the transcript next week, as he was still on hold 4 and a half hours later, OH DEAR! 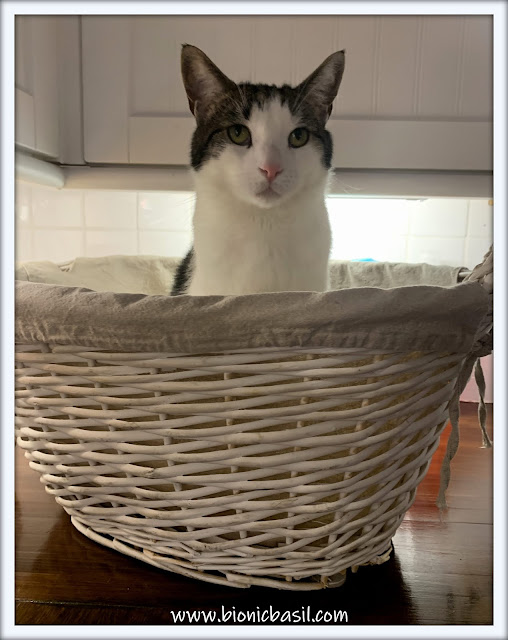 Do mew like fresh laundry too, especially when something comes out of the dryer, and it's so warm and tempting?

Melvyn is sitting on some warm towels, lucky him! MOL

We'll be back on Friday with Amber's Book Reviews so we do hope mew can join us then and don't furget to hop along on the Pet Parade below.
Supurr purrs
Wing Commander Basil & The B Team