Love To Read? Book Reviews with Amber at The Mewton-Clawson Library #179 featuring **The Cat and The City** by Nick Bradley PLUS Friendly Fill-Ins

Hello gorgeous library guests
and
Welcome to the Mewton-Clawson Library at BBHQ
Thank mew for joining me in the stacks today, and mew know I have to say I really do look forward to my post every week to spend time with my fellow bibliophiles.
Though mew know I do have one little grip this week, and that is some cats just don't know the pecking order. Smooch was on the P.A.'s lap when I decided that I would like some attention, so after scrambling onto the sofa I bulldozed Smooch to the side and took my rightful place, yet Smooch had the utter nerve to complain, can mew believe it?
He said, and I quote, "OY, I was sleeping and that was really rude to just push me over here, I was warm and snuggled and mew need to get some manners!"
Obviously I just ignored him and carried on, because at my time of life mew have to make the most of every moment. 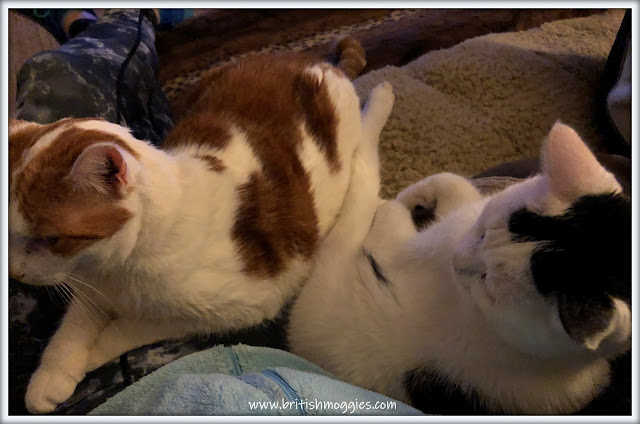 Do mew think I was wrong?
Because he did threaten me with a letter!

Also, Episode 2 of Bite Sized Bird TV is now live, so if mew feel like watching what happens in the garden at BBHQ, check it out.
Mew could really nom on some of those right? Well, that's what Melvyn said! MOL 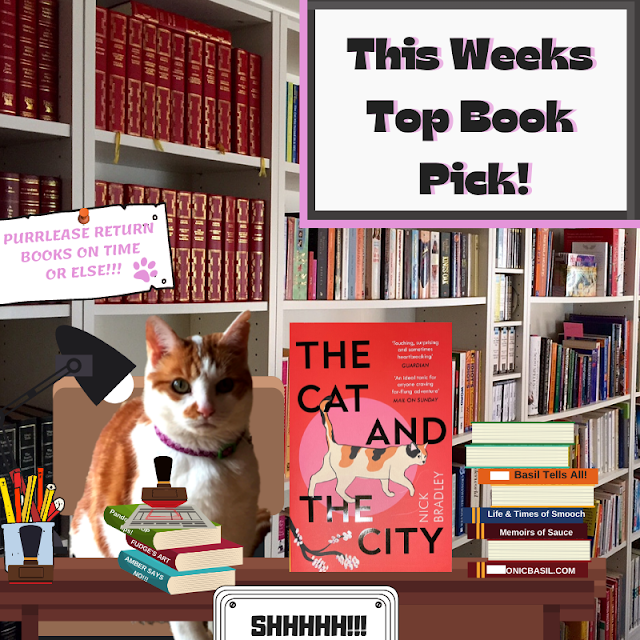 The Cat and The City

by
Nick Bradley
Here's a little snippet of the book blurb:
In Tokyo - one of the world's largest megacities - a stray cat is wending her way through the back alleys. And, with each detour, she brushes up against the seemingly disparate lives of the city-dwellers, connecting them in unexpected ways.But the city is changing. As it does, it pushes her to the margins where she chances upon a series of apparent strangers - from a homeless man squatting in an abandoned hotel, to a shut-in hermit afraid to leave his house, to a convenience store worker searching for love. The cat orbits Tokyo's denizens, drawing them ever closer.

This is one of the books I got from my monthly subscription from Feline and Fiction, and it's been sitting in the to read pile for quite a while.
Okies, so what did I think to The Cat and The City? I liked that it was a collection of short stories, although some are a little X rated, which may not appeal to some and I'll be honest looking at the cover and the book blurb, it gave no indication that it was 18+.
So as I'm 19 now, I can read such books, and it was interesting in the fact that the stories are moderately intertwined, and all set against the bustling metropolis of Tokyo. There were many different characters and situations unfolding, though I think from my taste, this is not something I would have gone out and bought, but that's the beauty of a subscription box, mew never know what mew're going to get, and that's what I like about it, as I get to experience books that I would normally overlook.
This one I feel would be idea for taking away on a vacation, to read snippets in between other books. Like a mid-afternoon snack, a little at a time, and I'll be honest, it did take me a while to get through it.
My only criticism is, and it's nothing to to with the story. It's to do with the text that is so fluffing small and I needed a magnifying glass to read it! MOL
I wonder if Spec Savers do glasses for cats?
If mew're looking for something completely different to read, this book definitely ticks that box.

The Cat and The City