Epic Wednesday Greetings Furiends
Welcome to the Pet Parade and our weekly news round up!

Guys, mew remember on last weeks post when we showed mew the video of the hedgehogs, and there were three? Well mew could have dipped me in treacle and rolled me in catnip when a fourth one appeared, that's how surprised I was!

And Hedgling #4 was the same size as Wriggles, and we asked what should we call him/her?

There's were oodles of great suggestions, and we've decided to call him/her Scooter.

Dad has altered the settings on the P.A's iPhone so hopefully next time the video quality will be a bit better!

Okies, next up let's announce the winner of Amber & Pandora's Halloween Birthday Pawty, so are mew ready for the big announcement? OF COURSE MEW ARE! MOL

Alasandra, The Cats and Dogs

And finally in the news this week, why was Melvyn looking so guilty in last weeks photo? 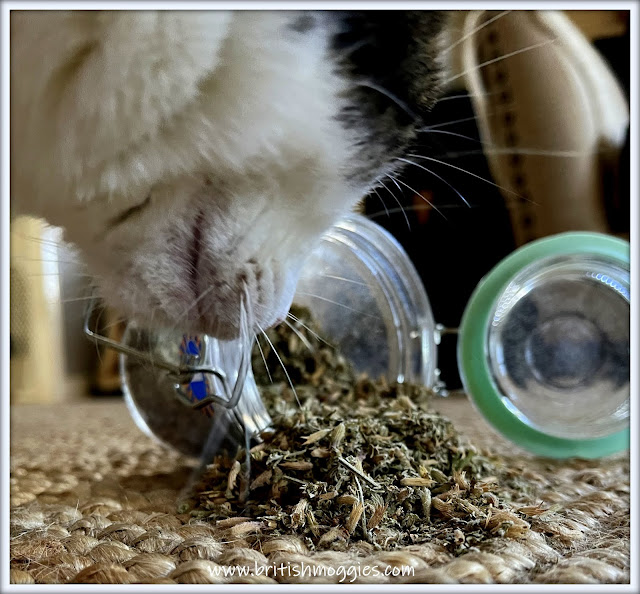 That's us done for today, Amber will be back on Friday with another fab book just for mew, and if mew missed Monday's post, we have a really fun non-crystal on our latest Colouring with Cats.

And here are the links to our Halloween Crafting with Cats, and Sunday Selfies just in case mew missed all the spooky fun!