Thoughtless on Thursday with Basil & Smoochie 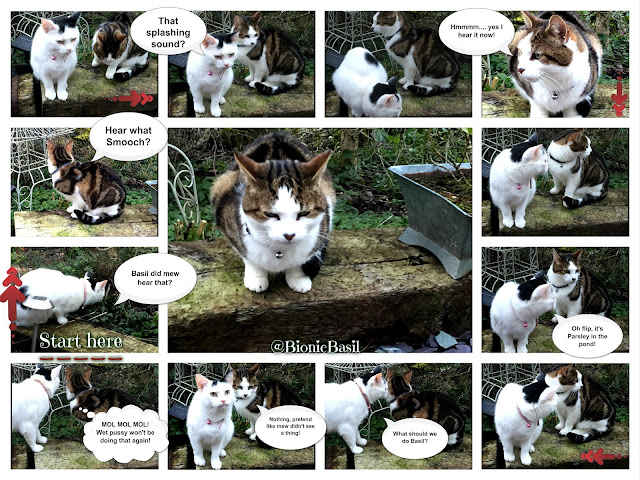 being uber, mega thoughtless with

Poor Parsley accidentally took a little dip in the pond, he was totally fine, just his ego slightly dented.  I did warn him that the rockery stones were a tad wobbly but he was insistent he wanted to get closer to the frog.... he won't be doing that again in a hurry.

Smooch had a good chuckle as did I, sadly the P.A. wasn't quick enough to snap any pictures as he bolted like a streak of lightning to the back of the garden after his most unceremonious scramble from the pond of doom and sulked behind a bush fur the next hour.  Not even the shake of the Dreamie bag and purromise of treats would lure him from his stupor.

On that note we'll get hopping and hopefully stay dry!

Graphics used under paid licence www.canva.com and www.pizap.com
Glitter Text @ www.picasion.com
Posted by Basil and The B Team ~ BionicBasil ® at 04:00