Thankful on Thursday with Humphrey & Blog Hopping with Pepsi 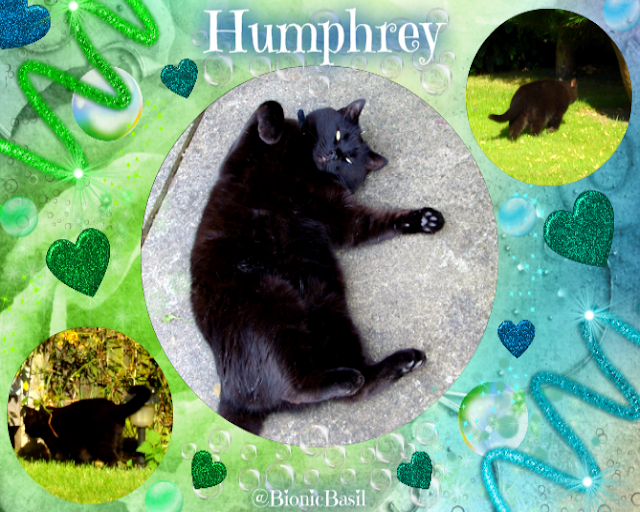 Humphrey is joining us today now he's finally gotten offur his two week Grump-Fest aka the dropped ice cream on our day out to the seaside!

We solved his surly mood by making him an entire tub of iced deliciousness made with triple-shot extra creamy cream with crunchie nip cookie chunks [Erin I know mew are salivating right now! MOL].  This, funnily enough abated the black cloud that had been residing approximately 6 inches above his head all this time.

He said and I quote,

"Basil, this is the best ice cream effur in the entire history of ice cream, we need to go into purrduction right away!"

"Thanks so much, I needed that! If mew need me I'll be in the lab getting it ready fur purrduction to begin immediately, by the way what are we calling it?"

"Humphrey I'll leave that up to mew!"

He waved and dashed off.

I nodded, waved back and was happy that he was happy, and the fact that he has a new project.

So today I'm thankful that Humphrey's now Happy and not Grumpy anymore! MOL

Wishing mew all a day of much happies