The Pet Parade is on a break till next week due to the Blog Paws Conference, howeffur we're still here with a Random Friday Post! MOL 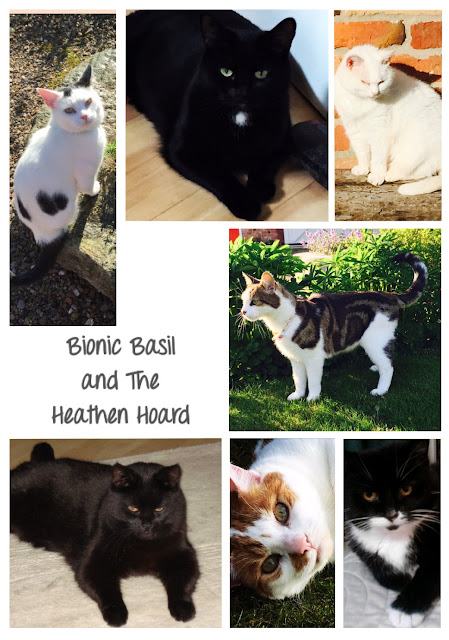 There's no Pet Parade today as a lot of bloggers are at the Blog Paws Conference in Phoenix this week.

We so wanted the P.A. to go this year, we've been trying to send her since 2013 but something always seems to crop up and prevent said trip.

Next time we're going to be supurr sneaky and book her ticket well in advance so she has no excuse not to turn up to the 2017 conference.

"It'll be good fur mew!" I said two months ago. "Get out of Sweepy Ville and meet some great peeps, learn some cool stuff, and who knows what mew might discover!"

The P.A. nodded most agreeably and said, "But Basil I've just booked a ticket to OZ!"

Well what can mew say to that?

There we were trying to help her along and she does that! [Wurds fail me! *Exasperated Sigh*]

Sunday Selfies with all of us ~ Climbing Cats

Wordy on Wednesday with Amber #4

Thankful on Thursday with Humphrey

We'll be back on the morrow with the Caturday ComicStrip and again with our usual Selfie Selection on Sunday, so hope mew can join us then.

Wishing mew all a purrfect weekend and we hope that effuryone is having a great time in Phoenix and we're loving all the live updates on Facebook!

Graphics created used under paid licence www.canva.com and www.pizap.com
Posted by Basil and The B Team ~ BionicBasil ® at 04:00