Colouring with Cats #33 ~ Getting Your OM on with Mandalas on Mondays & We've got a kitten!

Well would mew believe it, but we've got a kitten!  Not literally we've adopted a kitten, but a 5-ish week old kitten arrived at the P.A.'s cousins, next door on Thursday.  The cousin has been feeding a couple of ferals fur a while now and the little black one has had kittens.  Well there's only one that we've seen thus far, and we're waiting to see if anymore turn up offur the coming days.  So the good news is the little uber cute furbaby seems healthy and is starting to eat solids, which of course is a high protein kitten food, and we'll keep mew updated on any new kitten news in 'Kitten Watch' offur the coming weeks. 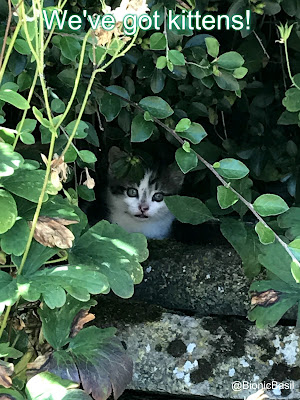 OMC how cute is this little one?  We're just melting from a cuteness offurload right now!!! MOL

We could only capture one of the furbabies, but we did get a picture of mummy... 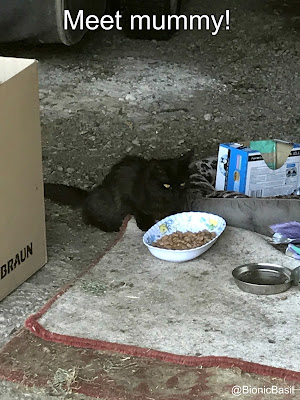 And don't wurry we'll taking extra good care of them and be making sure they all get TNR'd when old enough, including mummy.  As we don't want a feral colony explosion in the field, as that would mean far fewer bunnies fur me! MOL

How exciting, so furry exciting, and aftur all that excitement I think we need to calm down with our breathing exercise, which we're sure mew all have down paw by now...  but if mew've furgotten, stop what mew're doing fur a moment and take deep fulfilling breaths; counting to five on the inhale and five on the exhale:

and let's go again... because we need it!

Smoochie was so furry excited to learn that there were feral kittens next next-door, as he was once just like them way, way back in 2011.  So anyhoo I had to come out of my own luffley deep OM-Zone and purrform an emergency OM-Transference on him to try and calm him down. 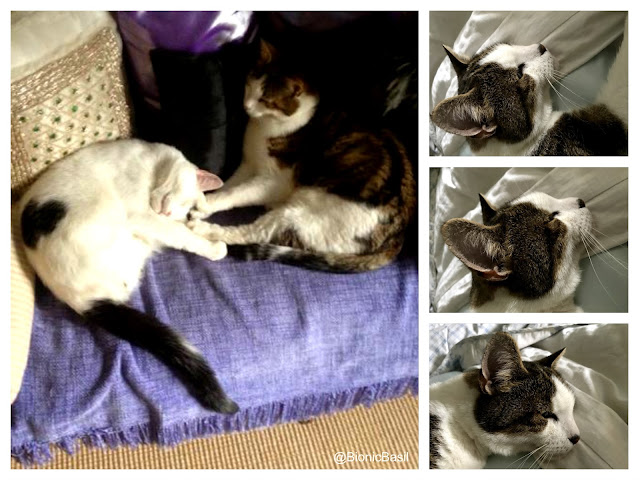 Afturwards he said, "Oh thanks so much Basil, I was peaking out there fur a moment!"

"Do mew think they'd want to join The 'B' Team?" he asked getting all excited again.

I placed my paw on his head and answered with only one wurd. "SLEEP!"

Next week will be our last Mandala post fur a while as it's summer, mew guys have things to do and we have a little remodeling to take care of in the bunker, mew know how it is; Fudge + a rocket launcher = extreme prejudice against the firing range! MOL

But neffur fear, we're not leaving mew empty pawed.... because we've just finished Colouring With Cats Book 2 ~ Easy Mandalas, and this week we're giving mew a little sneak peak of one of the fab designs which mew can get today and again next week when the new book is available fur a FREE download.  Yes, of course it's FREE, and as they're easy mandalas they take no time at all to colour in! WOO HOO!!! 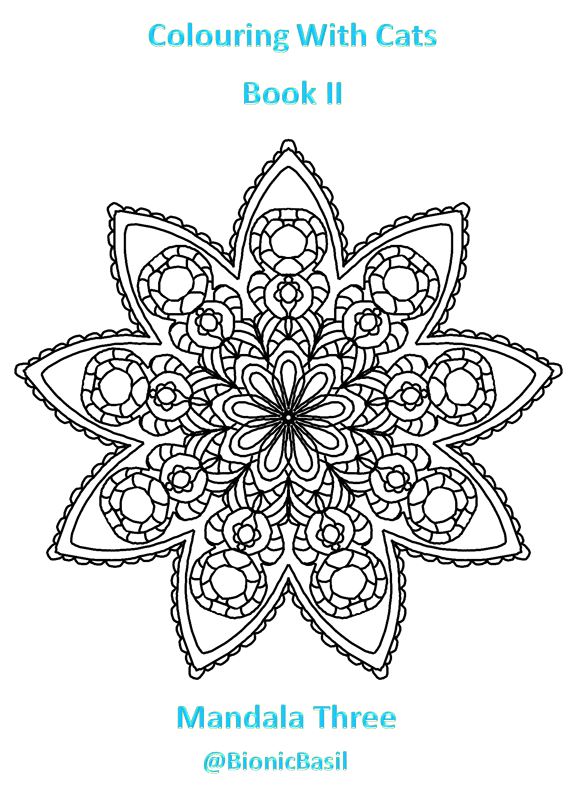 The P.A. decided to do this one with a completely pink palette, ooohhhhh purretty! MOL 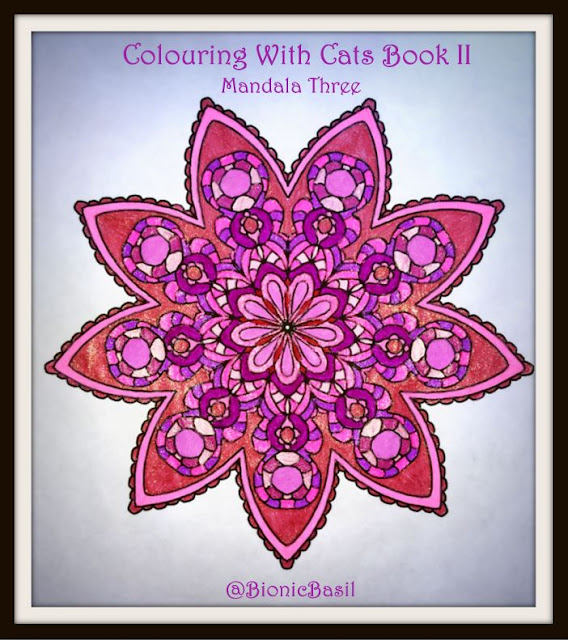