A Trip To The Vets, Runner Beans & Kittens on The Pet Parade Blog Hop #204 with Rascal & Rocco Co-Hosted by Basil & Barking from the Bayou

Welcome to our weekly round-up, so where to begin... I was carted off to the vets on Wednesday as I'd been puking up just a little since Sunday.  Obviously my pancreatitis was having a flare up, and I was down to fumes in the bottle of my homeopathic treatment.  Luckily the P.A. sent a fur sample to the homeopath a couple of weeks ago and my new bottle of jollop turned up on Tuesday, but as I'd hardly had any last week due to running supurr low, I figure that's why I started to get some symptoms again, as I've been symptom free since starting the homeopathic treatment in March aftur my last flare up.

So I spent the night at the vets, I was on fluids, anti nausea and pain relief and I was finally released yesterday lunchtime.  They shaved not one but three limbs, so it feels a bit drafty but it'll grow back soon enough.  I'm feeling much better howeffur the P.A. has put me under house-arrest fur a few days so she can monitor me, even though I've repeatedly told her I feel fine... PFFFFFTTTTT! 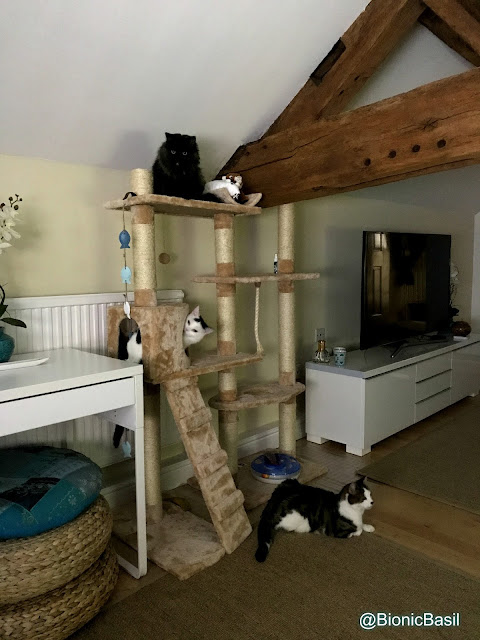 Oh the runner beans are bionic this year, see how much they've grown in just offur a month... it's mad!!!  And the amount of flowers are incredible, I think we're in fur a really good crop this year, howeffur the peas are not doing as well, as it would seem that Mr Snails family and his really Sluggy relations have taken a liking to them! 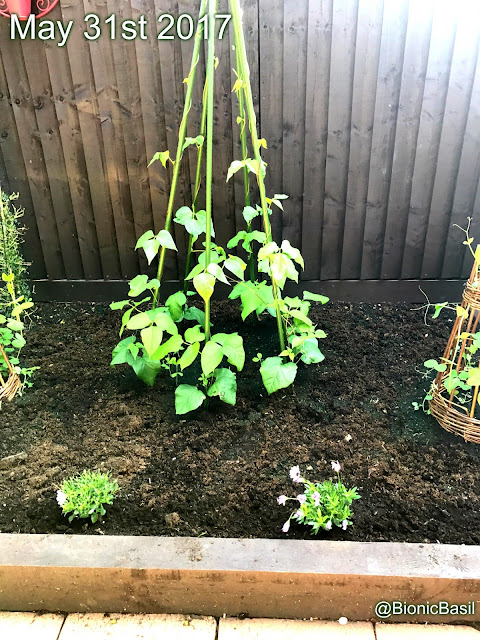 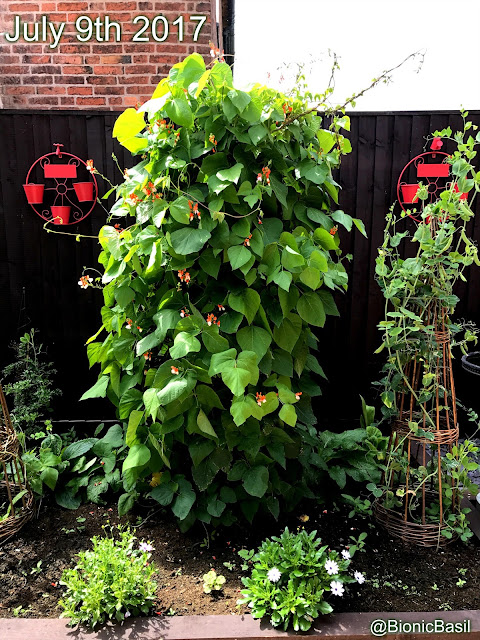 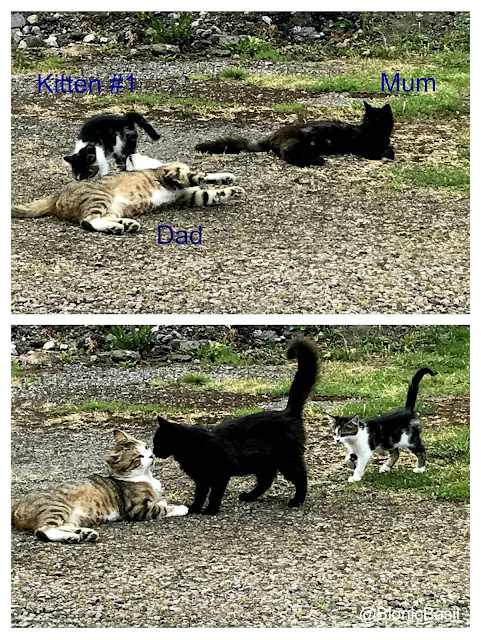 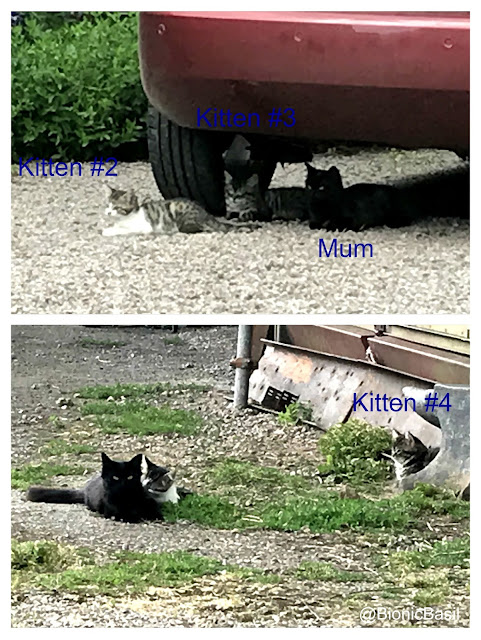 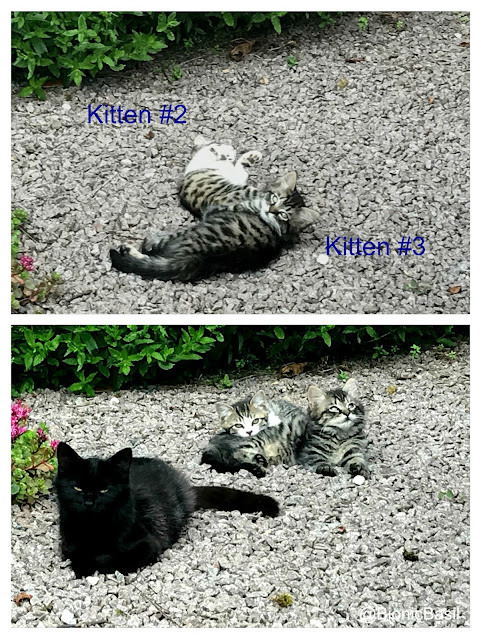 As mew can see kittens #3 and #4 are more full tabby, sorry I was previously informed they were like mum, but they're not at all! MOL

Kitten #4 is supurr duper shy and incredibly timid and went back under the shed.  Kittens #2 and #3 seemed fine when the P.A. was taking pics.  Although mum did come and get in the shot as if to say 'Don't come any closer!'  the P.A. had the phone/camera on full zoom and was still a good 15ft away.  The P.A. is not daft enough to get any closer and scare them, so don't wurry - no feral kittens or cats were traumatized during the five minute photo shoot!

The kittens dad is called Tiger and he's just a big softy and sshhhhhhh... he went to the vets last week and had the snip.... sshhhhhhhhh.... but anyhoo Tiger is rather a friendly boy and we're hoping that he gets tamer now.  Mum will be going soon and when the kittens are old enough, well it goes without saying as we don't want a population explosion.

But we do have to say this, the whole furrmily is just so precious and cute... makes mew just wanna go SQUEEEEEEEE!!!! MOL

The Last Big Jolly - Part I

We'll be back our usual Selfie Selection on Sunday, so hope mew can join us then, oh and we'll be here tomorrow too with another Crafting With Cats post if mew have time to pop by.