Welcome to our weekly round-up and furstly, yes I am feeling much better aftur my rather inconvenient pancreatitis flare-up last week.  I've got my new homeopathic drops and so far so good.

In other news, obviously the P.A. and Dad need to get another hobby, I left them alone in the craft room for a couple of hours on Sunday afturnoon with a pile of cardboard that was destined fur the bonfire, but then this happened... 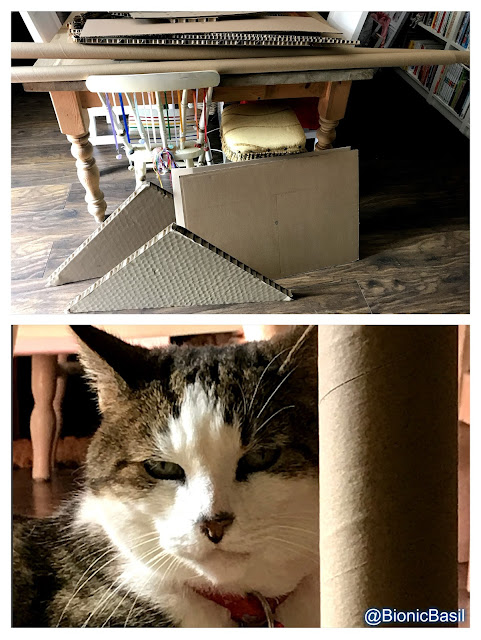 Mew've heard of the Parthenon, aka the Greek Temple to the Goddess Athena, well
they built... 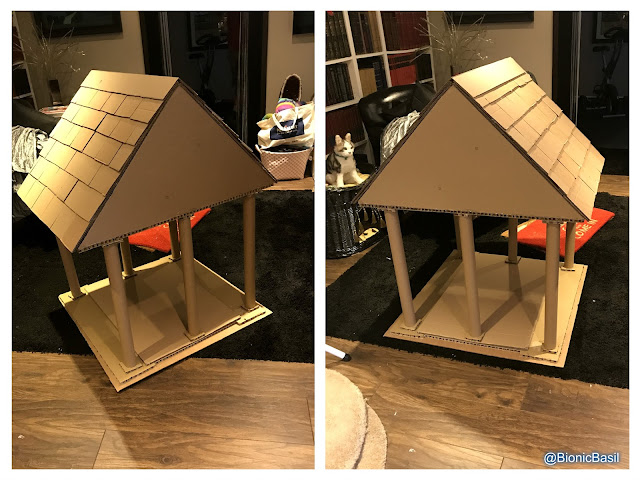 Actually, I really like it as my GOD-LIKE STATUS has been reinstated purrmanently! MOL 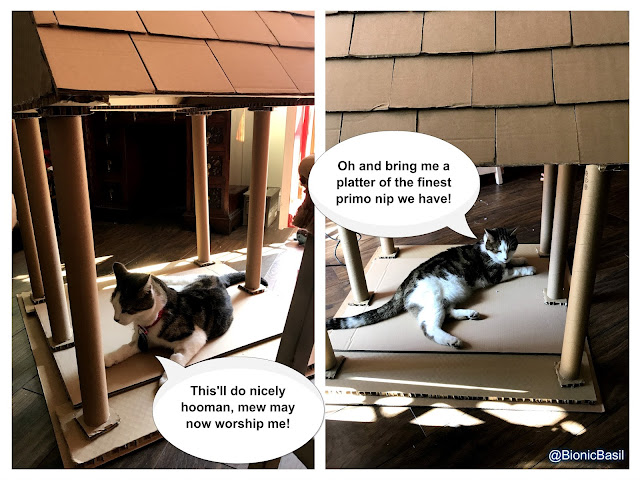 I can now get worshiped propurrly by hordes of minions, my life is now at its zenith! MOL

The P.A. and Dad were going to paint it white and dolly it up a bit, but then they had the notion to make it out of timber instead, with a felt roof so it can go in the garden, which I think is a tremendous idea.  So this one is going next door fur the kittens to destroy, oh and speaking of kittens, just take a look at these young heathens, if effur there were any purrfect future recruits fur the B Team, these young hooligans are them! MOL 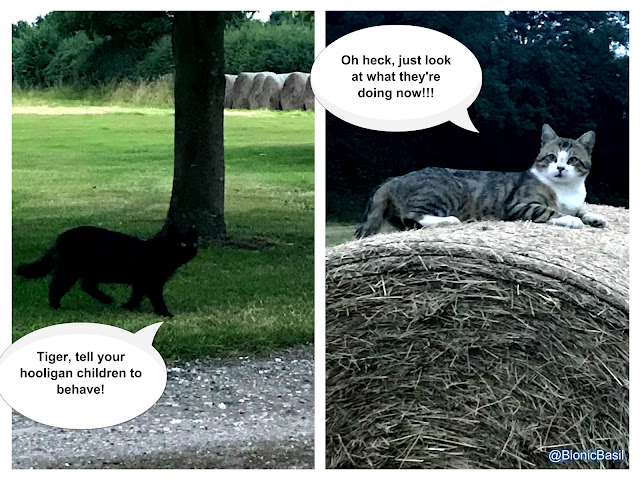 The P.A.'s cousin was trying so hard not to laugh while the P.A. was filming, and her Aunty is dismayed because her luffley flower beds have been decimated! OOPS - BAD KITTENS!!! MOL MOL MOL

So that about sums it up fur this week.  Just before we go, next week we've got a supur special post with the chance to win a $1500 scholarship fur designing a cat bed which if they win will go into production, how cool is that? Pawesomely cool, so we'll be posting all about it asap.


and if mew're still bored get our free colouring books below: