How was your weekend? All good we hope. Ours was fun, we got some outside time although it was a bit fresh, though nowhere near as fresh as offur the pond, and on that note we hope all our buddies are doing ok and staying warm and safe.

It's also a veritable heatwave fur our pawesome pals in the magical land of OZ with temps appurrently headed towards the +50C mark right now in some places, guys mew know the drill:- stay inside with the air-con blasting.

We know that mew all know what to do where effur mew live, but we do wurry about mew all because we care.

Stay safe and be well!

So this was what happened on Saturday evening, and yes we really know how to live it up on the weekends! MOL MOL 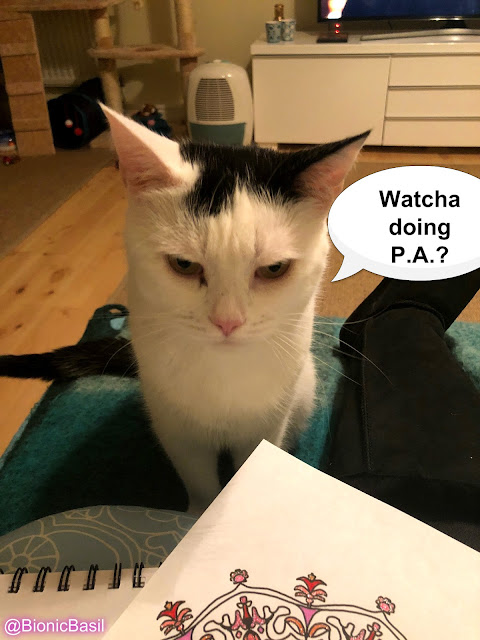 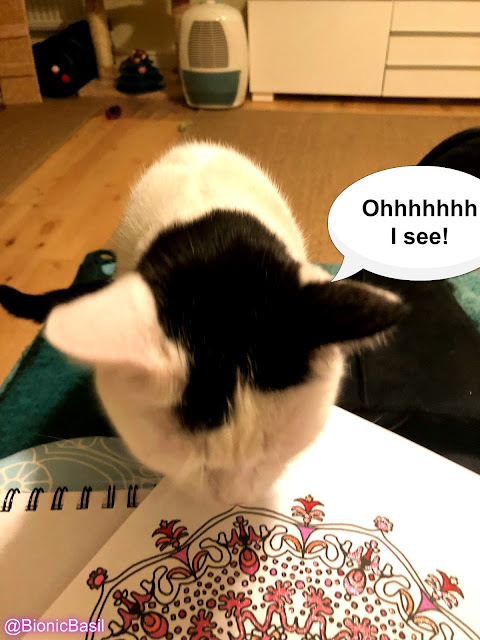 "What do you think?" she asked. 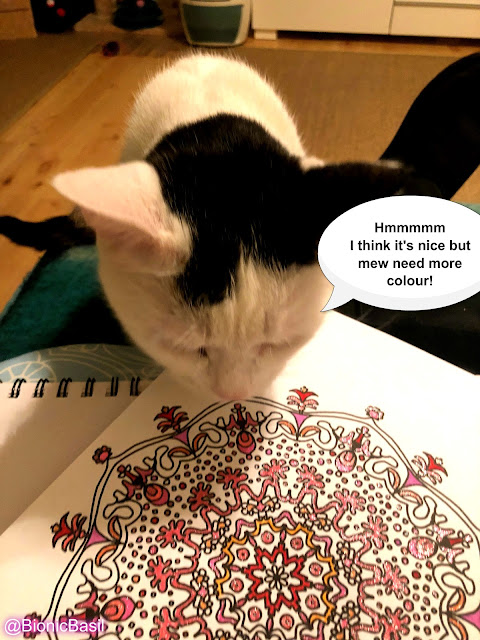 "Any thoughts?" she pressed. 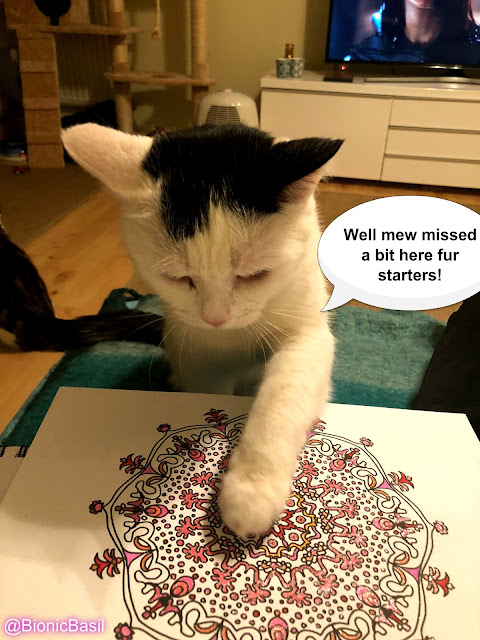 "Oh I was just in the middle of colouring that bit when you jumped up!" the P.A. replied. 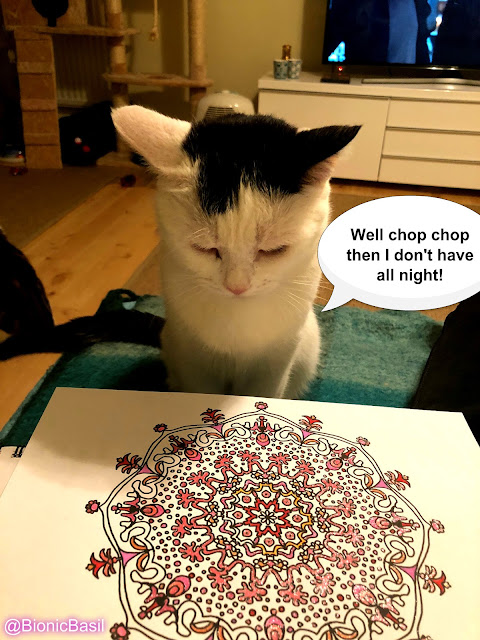 And that's how this weeks mandala was coloured under the eagle eye of Smooch! MOL

And now here's young Fudge to help mew get your OM on and Zen Harmonies offur flowing fur the week ahead... 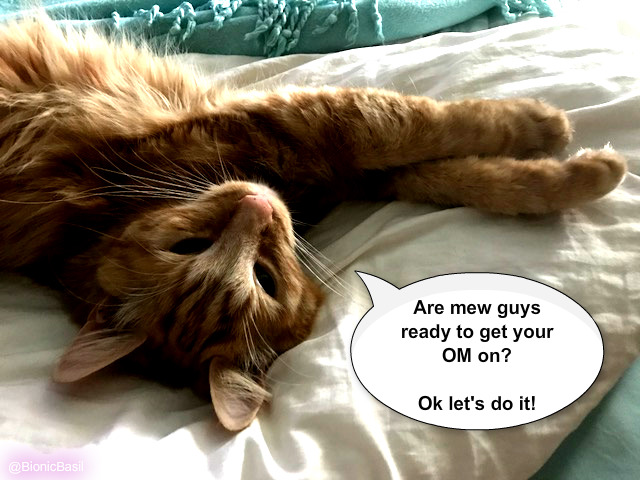 We do hope mew've all have a totally pawesome start to 2018, so let's jump right in and get our Zen Harmonies happening with our little breathing exercise, which we're sure mew all have down paw by now...  but if mew've furgotten, stop what mew're doing fur a moment and take deep fulfilling breaths; counting to five on the inhale and five on the exhale: 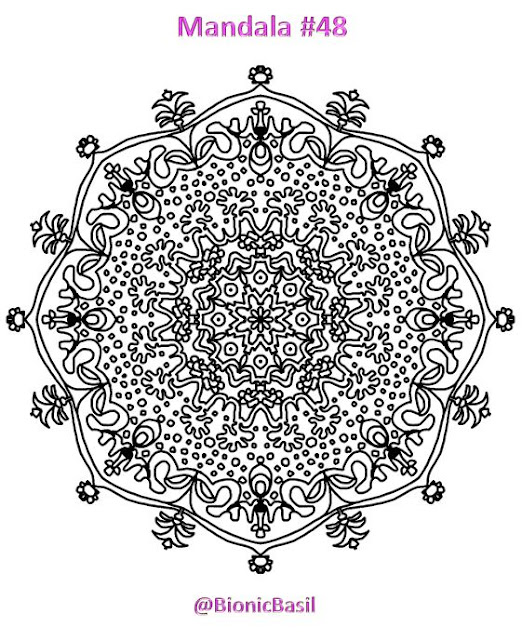 And here's our finished version, with the help of Supurr Smooch of course! 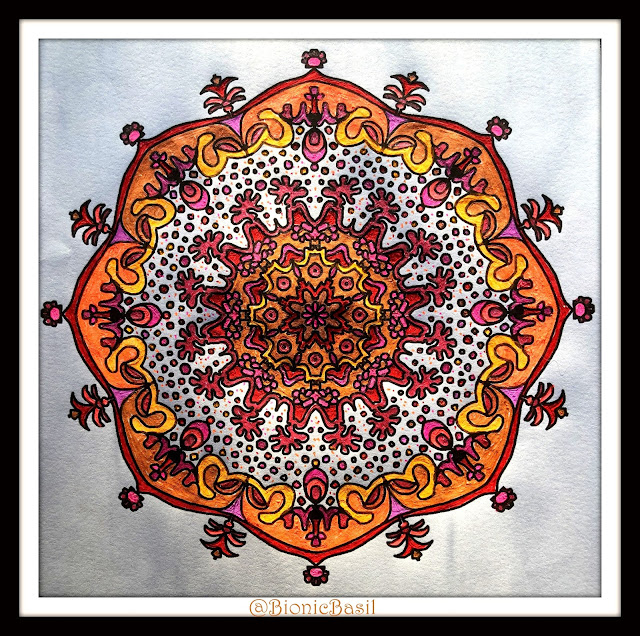 So on that note we'll say bye fur now and hope to see mew on the morrow when we're sharing the wurlds richest pets!!