Interweb Issues, ********* . com Content Thieves and Meet Blossom the Bunny on The Pet Parade 295 with Dash Kitten, Barking from the Bayou and US! 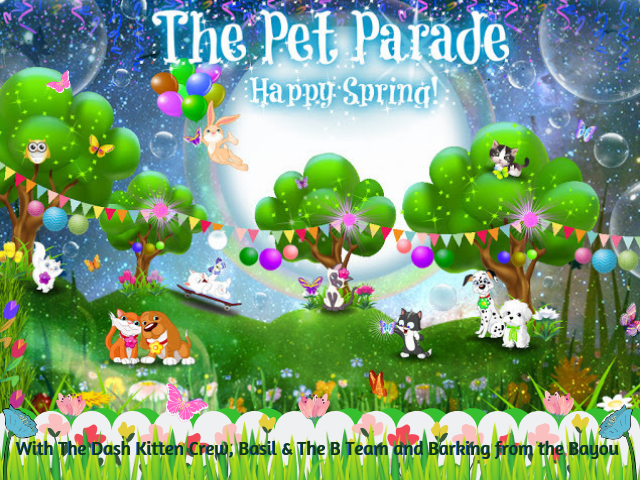 Many apologies fur not making it on Monday, the interwebs issues from last week reared up again and completely ruined our schedule.  We had another sponsored post part written fur yesterday too, but we've had to move that to next Tuesday instead.  So offur the last week we've virtually had no posts at all - EEEEEEEEEEK!  It's been wurse than a Mercury Retrograde in full swing, and that finished the week before so we can't even blame that! MOL 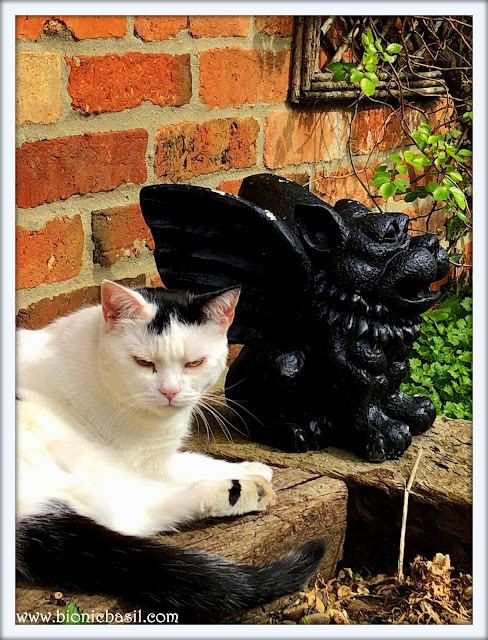 In other news.... a few weeks ago another website www. news itn . com started stealing our content as well as some of our pawesome blogging pals - hence the reason we put this no right click code on the blog to stop them. Well it seems that the no right click thingyummy doesn't stop anything at all, as they still managed to take several posts since it was implemented here.

So we emailed their hosting company with DMCA Take Down Notice last Thursday, and we heard back from them within 24 hours to say that it had been passed to the relevant department. Meanwhile back in the world of the NewsITN Thieves, they suddenly took down all our posts and completely removed the tab for 'Cat Bloggers' from their site so there were no posts at all from us or any of our blogging pals, and we did actually rejoice fur a brief moment.

But then, wait fur it... on Sunday we had a little, let's say inkling, that we should check their thieving site again and guess what?  Yep the 'Cat Blogger' section was back up, so were all our posts, plus my latest Brain Training post and everypurrdy elses too that had been stolen, which really hissed us off no end.

And feeling really hissed off, we emailed their hosting company again with a 2nd DMCA and guess what, on Monday morning the 'Cat Blogger' section was taken down and still as we write this on Tuesday early PM, it's still not back.  But we suspect that it will pop up again and we'll have to send a 3rd DMCA .  Like we want to spend our valuable time on that!

Another thing that struck us as really odd, here in the UK there's a news channel called ITN/ITV and has been about since the P.A. was a child [fur decades] so we we tagged them on twitter to say some scum was using their name and plagiarising us and a lot of other peeps, they neffur responded. We thought they'd care that their brand was being tarnished, but obviously they don't care as they neffur responded!

Now we're going to have a little rant and a bit of a vent, so feel free to skip to the next section if mew want.

We didn't start a blog and wurk really, really hard to have peeps come rip it off just because they think they've got a right to take our stuff, then remove the links from our posts, change a few wurds so it doesn't read properly and by doing that they think they're exonerated from copyright issues because its not verbatim - well mew stoopid flufftards changing a few wurds doesn't mean fluff.  Removing our links doesn't mean fluff, because mew are stealing and using our photos too and each and effuryone one of those photos clearly states who we are, that it belongs to us and we are a registered trade mark mew stoopid ignorant muther fluffing fluffers.

And because of peeps like this we're now in a vicious cycle of blatant theft, plagiarism, copyright and trade mark issues, so where does that leave us, dedicated bloggers who are being violated and stolen from almost daily and no-one gives a fluff? It leaves us sad, so furry sad indeed.

On a much happier note... let us introduce mew to Blossom the Bunny, she arrived at BBHQ last week aftur a furry long voyage all the way from Canada.  Mew see before Catmas our fab pal Seville told us about an auction raising funds fur their local shelter and Blossom was in the auction, and when the P.A. saw the bunny, she said and I quote, "That bunny needs to be at BBHQ stat!" and swiftly placed a bid, and luckily fur us, it was the winning one, so the shelter got some cash and we got Blossom, great news all round!  Isn't she fabulous? 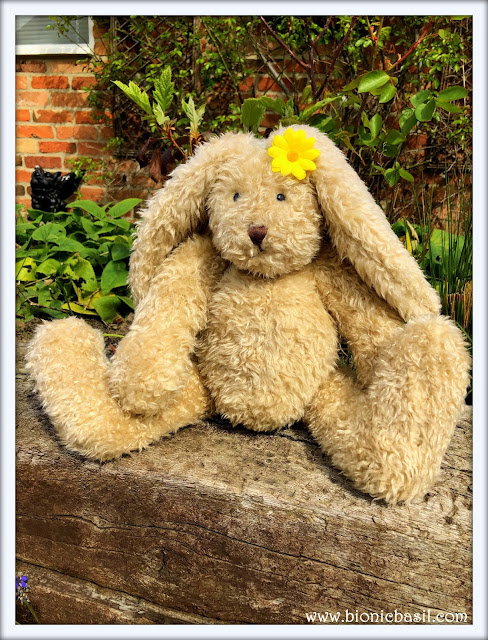 And she arrived just in time fur Easter, so she'll be part of our Easter Crafting with Cats next week! Our furry own Easter Bunny, it's so exciting! MOL

Thank mew so much to Seville and his amazing Mom fur sending Blossom to us, mew guys are EPIC!

Here's a selection of posts fur your purrusal, there's only couple fur the last week, so we've added a selection of surprise ones to keep mew entertained:

Catservatory Selfies with Amber & Pandora on The Sunday Selfies