Hello gorgeous library guests
and
Welcome to the Mewton-Clawson Library at BBHQ
Furstly, sorry I'm a little late posting today; blogger was being most uncooperative yesterday and wouldn't let me upload any photos.
Thank mew for joining me in the stacks today and my last book review of the current season.
Now don't panic. I will be back in September as usual, and I'll be spending my summer jolly's relaxing, reclining and finding more wunderpurr books to share with mew when I return. Plus, the library needs a bit of spring clean, so I'll be overseeing young Melvyn as he does all the wurk! MOL 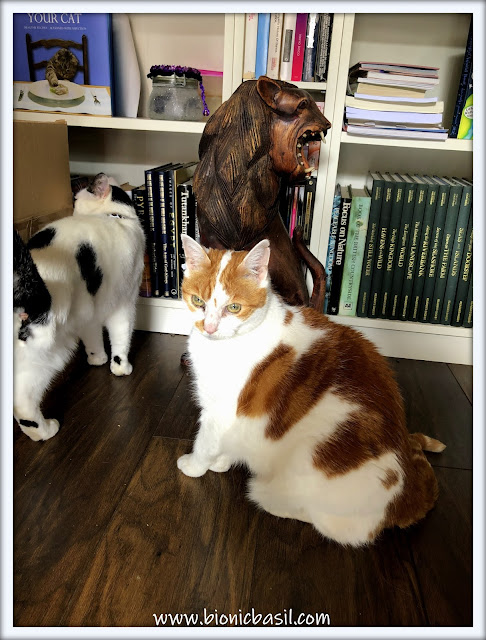 Anyhoo, before we get to the review, can mew believe the nerve of some cats?
Smooch was banned from the library last year aftur the stink-bomb incident and had his library card revoked indefinitely, so mew can imagine my utter horror when I ambled between the stacks and found him purrusing the ancient Egypt shelf.
"What are mew doing?" I asked sniffily.
"Oh hey Amber, I wanted to find out about cats being worshipped as gods, as I heard a rumour on the BBHQ Radio station, Epically Epic Tunes this morning that cats were revered in ancient times, and I had an idea about resurrecting this pawesome philosophy, with me as the cult leader!" Smooch smirked.
OH MY COD!
BASIL, WHERE ARE MEW????? 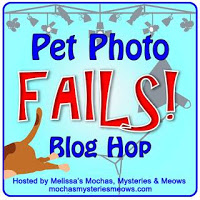 So do drop by the marvellous Mudpie's blog at www.mochasmysteriesmeows.com to join in. 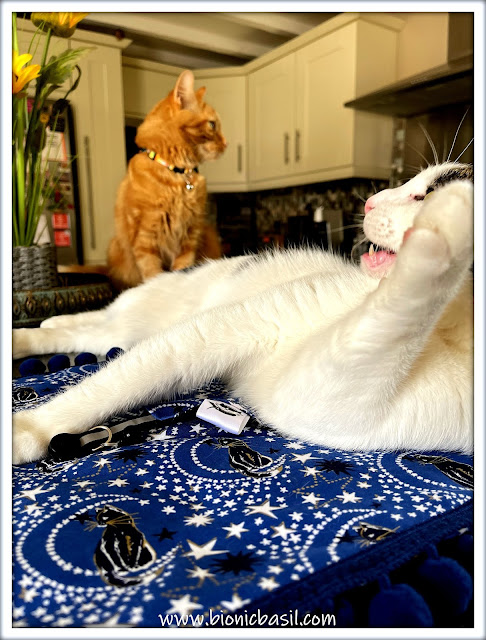 And today's photo fail is courtesy of Melvyn and Fudge; Melvyn wasn't sharing his snuggle mat with anypurrdy, and he made his feelings quite clear, as mew can see much to Fudge's chagrin! MOL 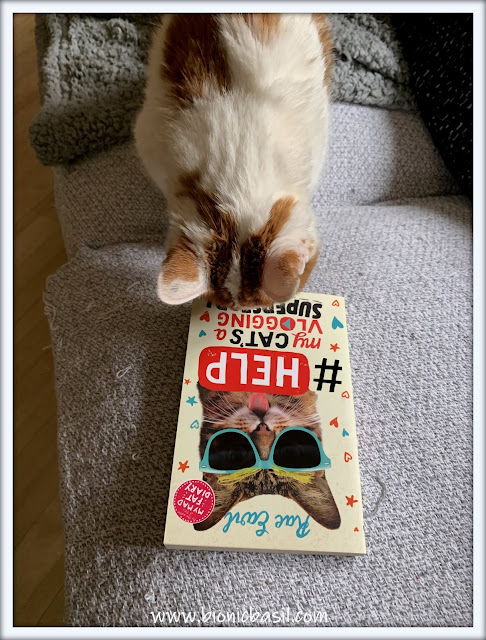 #Help: My Cat's a Vlogging Superstar!

by
Rae Earl
Here's a little snippet of the book blurb:
A hilarious story about two best friends, a cat and a vlog gone wrong from the author of TV's My Mad Fat Diary, perfect for fans of Holly Smale, Cathy Cassidy and Zoella. Everyone relies on Millie Porter for good advice – her friends, family, even her cat. So she decides to start a vlog with her best friend Lauren, where they will help people with the things that really matter: parents, cats, make-up and boys.

Now at furst, I thought this was going to be one of those funny little anecdote books, with pictures and quips and bucket loads of hashtags, though it turns out, it's not!
What it is; is a funny tale written in the furst purrson about Millie, who is the go-to girl for anyone that needs advice; she has a vlog with her BF and is adamant that it will be a success, and what starts off as make-up tutorials ends up with her female cat who happens to be called Dave actually taking centre stage and stealing the limelight.
It's MOL in places, and obviously the above is as much of a spoiler as I can give, as mew know my rules.
Did I enjoy it being a crotchety old cat, and would I recommend it to mew? Yes I did, and yes I would. If mew're looking for a fun and amewsing read for the summer jollys, this is a great one to add to your list, and it would be a great gift for any age especially the cat-loving community.

#Help: My Cat's a Vlogging Superstar!

I really hope mew enjoy the book as much as I did if mew read it.
Sadly, it's time fur me to say BFN or bye-fur-now as mew know the drill, so many books, so little time and I'll see mew in the Autumn or Fall when I'm back with oodles of ameowzing new reads and don't furget that all my previous reviews can be found on my Book Review page if mew are looking for some summer inspiration.
Until next time...
Keep calm and read more books
Amber

graphics created with paid licence www.canva.com
Posted by Basil and The B Team ~ BionicBasil ® at 12:00