Love To Colour? Colouring with Cats #130 ~ Getting Your OM’s on with Mandalas on Mondays ~ Crystal of the Week PLUS **Your Crystal Questions Answered** What Is Shungite Good For? 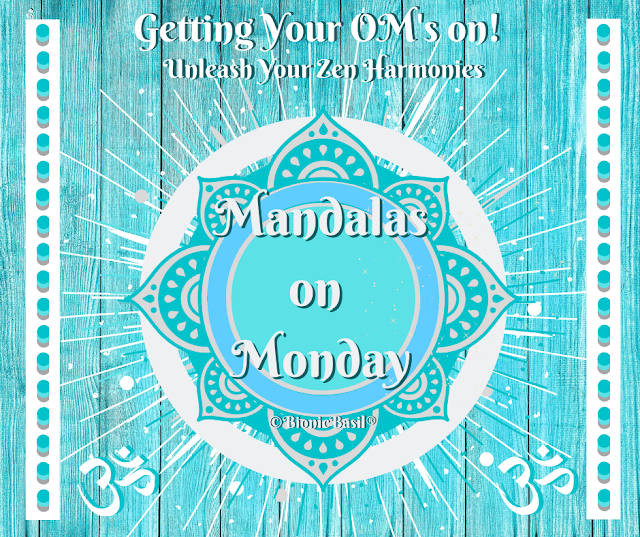 Shungite is a solid black crystal, it only comes in black and the polished stone has a satin finish. It is approximately 2 billion years old, so way older than the dinosaurs, how about that! It is 98% carbon and contains trace amounts of fullerenes, which we'll talk about below. The polished stones are usually supurr smooth and very tactile. Although it looks like coal unpolished, it is actually much, much stronger, and it's only found in one mine in a remote region of Russia, Karelia. 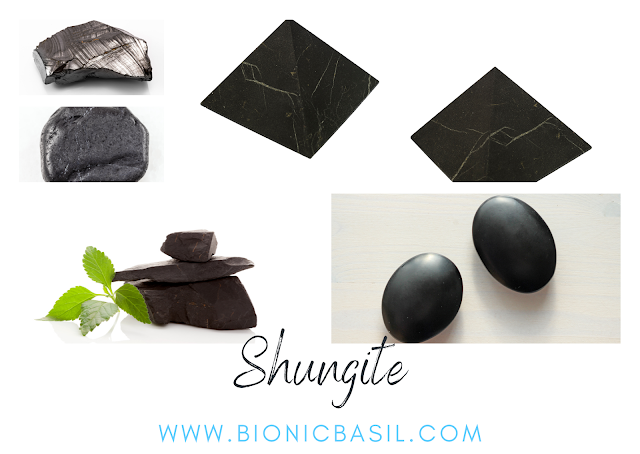 At BBHQ we have a few tumble stones which live in front of the computer monitors, and others are dotted around the house near electrical items, and we'll tell mew why in a moment. 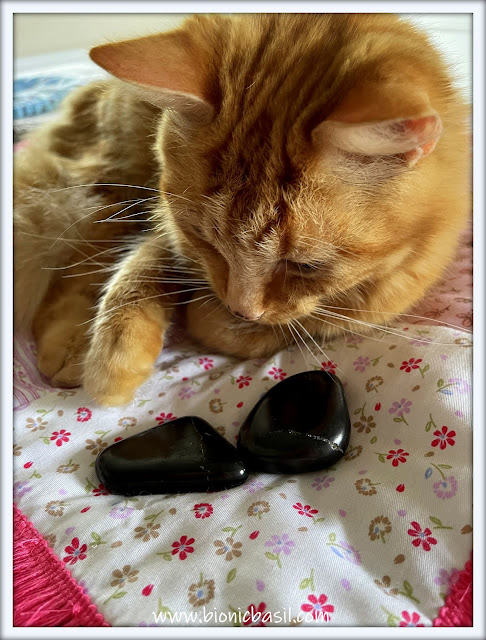 Here's a little bit about the gem lore regarding this intriguing crystal. Shungite contains fullerenes which supposedly are amazing antioxidants that can attract and neutralise harmful EMF's aka electromagnetic frequencies, like wifi or just the normal electromagnetic frequencies emitted by power lines, the wiring in your home, cell phones, or TV's etc... Shungite apparently absorbs these negative frequencies/energies which can attack our DNA, hence the reason we keep ours next to the computer and other electrical items.
Wearing a piece of Shungite as a pendant or bracelet is said to create a natural forcefield around your body to help protect mew from daily EMF radiation, which is everywhere, and it assists in blocking free radicals.
Shungite is also said to help with transformational energies, so if mew feel like mew need a bit of detox whether from devices or emotional issues, this might be a stone to explore further.  It is a very grounding stone, so if mew're feeling like mew need more structure in your life, this could help according to the books we've read.
The ideal placement for Shungite is on the Root Chakra, but as we said, it can be worn anywhere on the body for pawsitive effect.
There's so much information about this crystal, far too much for our small post today, check it out on google and mew'll find a wealth of stuff including Shungite water, although we've never tried that at BBHQ.
It is not an expensive crystal and comes in all shapes and sizes. Next time the P.A. is at the gem show she's going to get a pyramid-shaped one to add to the collection. We even have little charms on a couple of our collars.
If mew're looking for more EMF protection, we share another interesting item with mew next time.

Many thanks for DMing us Penny, and we hope that answered your question.
If mew have any crystal questions; email us, DM us or ask us in the comments below.
To check out last weeks Crystal of the Week, click the link: Larimar.
(disclaimer; we are not health or medical practitioners, all crystal info is purely for entertainment purposes only.) 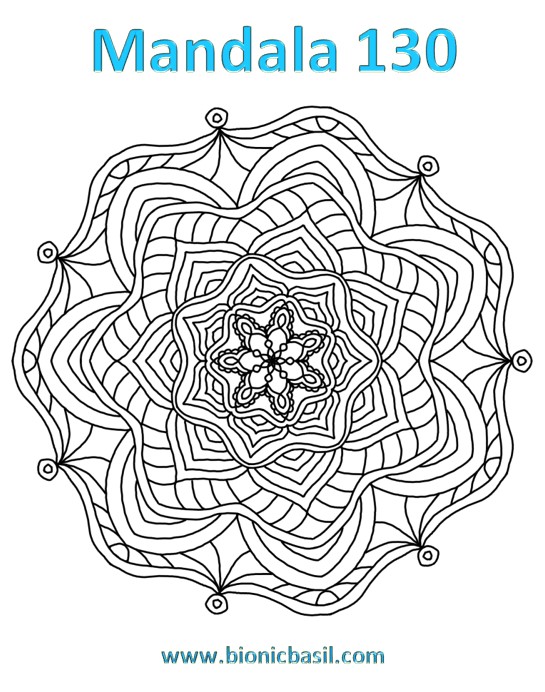 And here's our finished version... this week we used a kaleidoscope of colours and love the final effect, it reminds us of a lovely silk scarf. 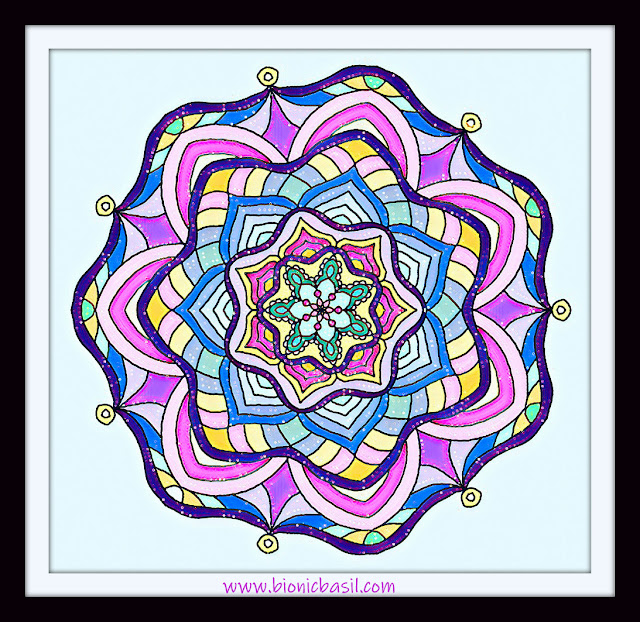 Coloured on the iPad and then transformed in Prisma, this time we chose the effect - Balloon.

So on that note, we'll say bye for now and hope to see mew on Wednesday, when we're back with our Mid-Week News Round-Up, and Amber and Pandora's joint Birthday Pawty is still happening in the bunker, so if mew haven't stopped by yet do go join in the fun.
Also, we're sharing our Halloween Crafting with Cats Project later in the week, and for a sneak peek, take a look at this little video on Instagram.