Welcome to The BBHQ Midweek News Round-Up ~ Dolly Forever, Fudge's On Garden Duty and A Sneak Peek of The Easter Crafting with Cats Special **PLUS** BBHQ Haunted Happenings ~ A Ghostly Sighting in Australia

Epic Greetings Furiends
Welcome to the BBHQ midweek news round-up! Apologies for not being here last Wednesday, if mew saw Amber's post on Friday mew'll know the P.A. burnt her fingers on some hot glue - yes, she really is that clumsy!

And therefore we didn't get a chance to do this last week.

First up this week 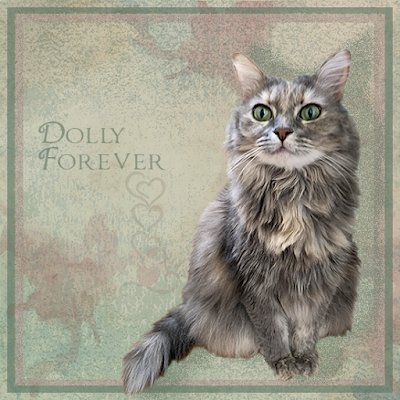 Dolly mew were absolutely beautiful, and we know that mew'll be frolicking around the Rainbow Realm like a young kitten.

Mew will be missed terribly by everyone who knew mew, and know that even though mew've moved into another realm mew will never be forgotten in this one.

Watch Fudge on Instagram as he snoopervises the work so far. This was done the weekend of the 5th and 6th March prior to the burnt fingers. 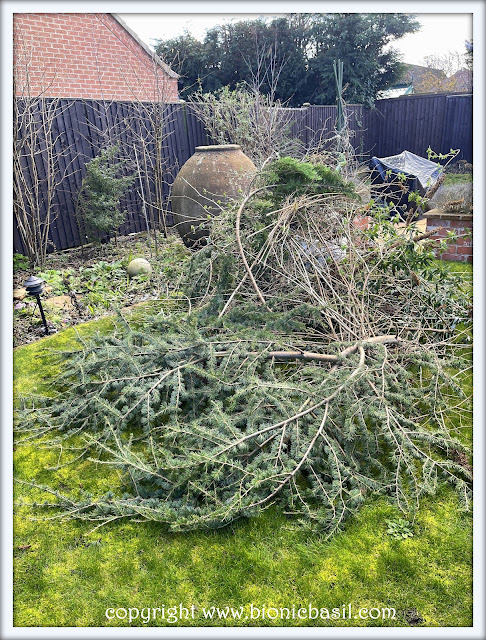 As mew can see, quite a bit of snipping and pruning happened and there was another pile on the other side of the garden as big as this one.

There's a bit more to do and then we can start the painting which was planned for last year but never happened, so it's on this year's to-do list again OOPS! MOL!

A Sneak Peek of The Easter Crafting with Cats Special. 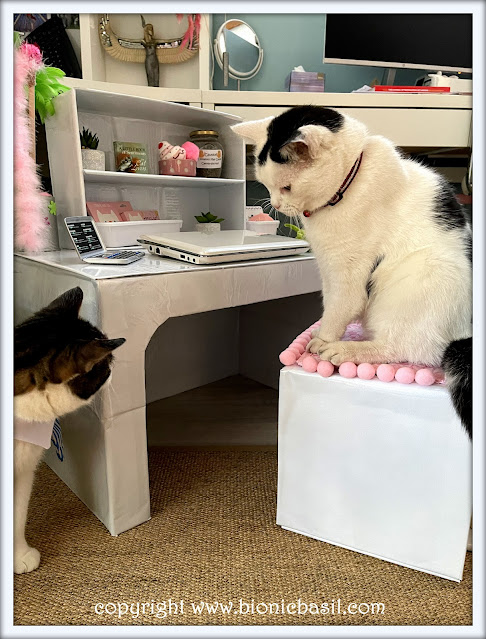 This is what the P.A. made last Monday when she burnt her fingers; mew can't see on this photo but there's a scratch post that sits up the back of the chair where Smooch is sitting. It was while she was glueing on the rope that she accidentally got her fingers in the way of the glue - TSK TSK - what a rookie hot glue gun mistake.
Anyhoo, all that aside we're pretty purrleased with how this project turned out. It's called the Work, Scratch & Play Desk with Chair, and we'll be sharing step by step instructions on the blog later next week, so stayed tuned for that.

Oh, we nearly forgot, mew can see a little video on Instagram with Smooch and Melvyn, plus mew'll be able to see their epically epic mouse! MOL

And lastly this week the P.A. is back with some more spooky tales, so get your cup of tea or coffee, sit back and relax! Muwahahahahahahahaaaaaaaa!!!
FYI for new readers: These are real ghost stories and true-life events which have happened to me during my life. They are not made up or fictional tales for effect.
Have You Ever Seen A Ghost or Spirit?
I don't know about you, but seeing apparitions when you least expect it is not fun. It's a spirit ambush, and often I've found they occur in the dead of night.
This particular encounter happened on my first visit to Melbourne, Australia. I was staying with Josh in his apartment in Williamstown, which used to be the original port way, way back in the day around the early 1800s, so there's a lot of history and old buildings.
The apartment was in one of the really old buildings looking straight at the boatyard across the road, there was an interior design shop underneath and other shops on either side. The building had a lot of original features and was really lovely, in fact, Williamstown today is a fabulous place.

It was the third week when I woke up in the middle of the night and there was a young boy looking straight at me. It took a second or two to realise I wasn't still asleep, and the boy was actually standing in the nightstand and then I realised he was semi-transparent with just his head, torso and arms visible. At that point I was really freaked out, but the thing that really bothered me was his expression, and I can still see it in my minds eye today over two decades later.

He was about eight or nine years old, wearing a really tatty and dirty white collarless shirt, in fact, if I had to describe him, he was like a Victorian street urchin or waif. He had very dirty pale skin and reddish-blonde hair. And the expression on his face was like a sinister/malevolent toothy grin.

This all happened in under ten seconds, as when he smiled I ducked under the covers and shut my eyes and prayed that I was just dreaming, which I knew I wasn't.

Upon reflection after the fact I don't think he was sinister, I just felt he didn't really know how to smile properly and his attempt at smiling was more fluffing scary than friendly.

I did go and speak with a medium at the time and get her to come to the apartment to communicate with the boy, and she told me this:

He had no name and had worked on the docks or nearby, and his alcoholic father beat him to death in that building.

And I was probably the first person to have seen him since he was killed a couple of hundred years earlier, so he was probably delighted that someone could finally see him and my reaction of hiding under the covers was probably not the one he wanted either!

I asked the medium to help him into the light, so he wasn't trapped in that place any longer as I felt he needed to be free from the horrors he was subjected to while alive.

Whether he moved on I don't know, I didn't see him again while I was there, so I'm hoping he went to a better place.

If you'd like to know more about my ghostly sightings, let me know in the comments.