We can't believe it's Wednesday already, where does the time go? The P.A. started scraping the paint off the Time Travelling Telephone Box and antique garden bench over the holiday weekend, and she said, "Dudes I don't like this job, can you take over?"

To which we replied, "Fluff no, we can't hold the scraper!" MOL MOL MOL

Did mew see my picture on Monday's post, my Chonky Basil pic, when I was in my bulking phase? MOL 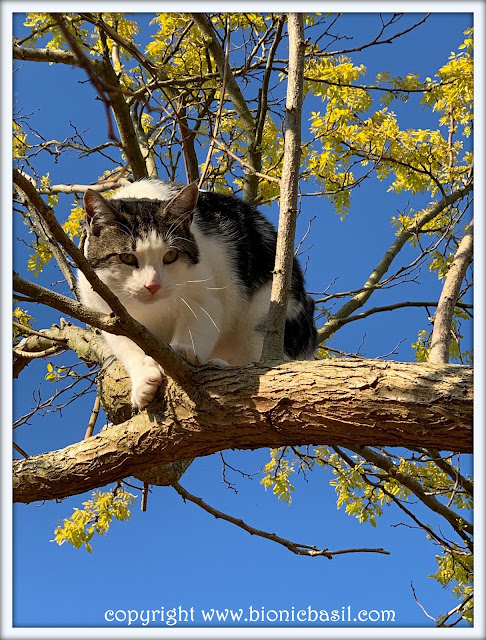 It was lovely when Melvyn wanted to try and recreate my photo, and this is his version. What do mew think?

We think he did a smashing job, in fact, he did smash it!

Fudge decided that a few of the kitchen cupboards needed a little Spring cleaning this week. 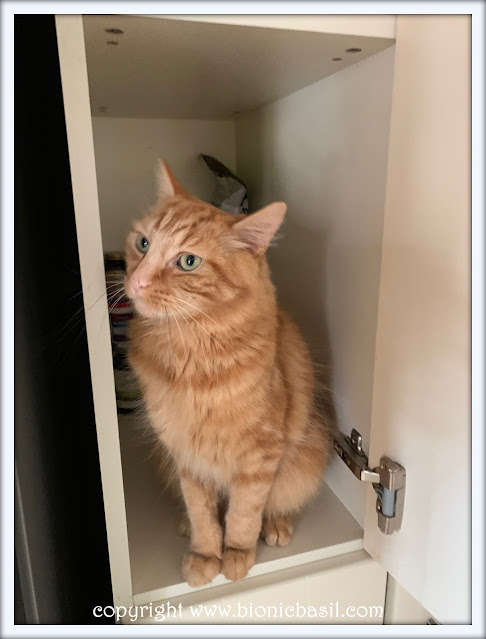 He's very purrticular in his method. He insists everything is removed from the said cupboard,  it has to be wiped out with hot, soapy water and then dried with a tea towel.

Next everything going back in the cupboard has to be wiped clean before being replaced in a nice, neat orderly fashion.

Talk about being a hard taskmaster, the P.A. is worn out with all the extra cleaning!

Mew may have seen the last few weeks how Smooch has been guarding and nurturing the catnip plants in the courtyard. 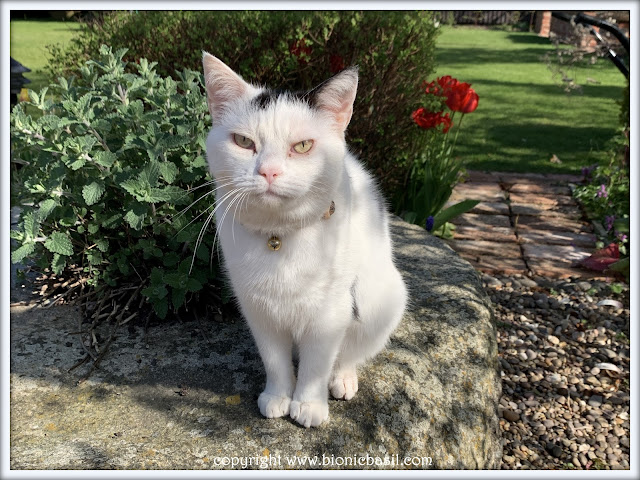 He's now taken it upon himself to watch the catmint plant in the millwheel as well as it bursts into life again.

At this rate, he'll need Humphrey's cloning tech so he can protect all the plants in the garden! MOL

And it is with heavy hearts and droopy tails we say farewell to an epically epic lady.
Paula Gregg very sadly lost her battle with cancer on Monday, she wrote an ameowzing blog, Sweet Purrfections as well as being President of the Cat Writers Association and Managing Editor of the Catblogosphere. 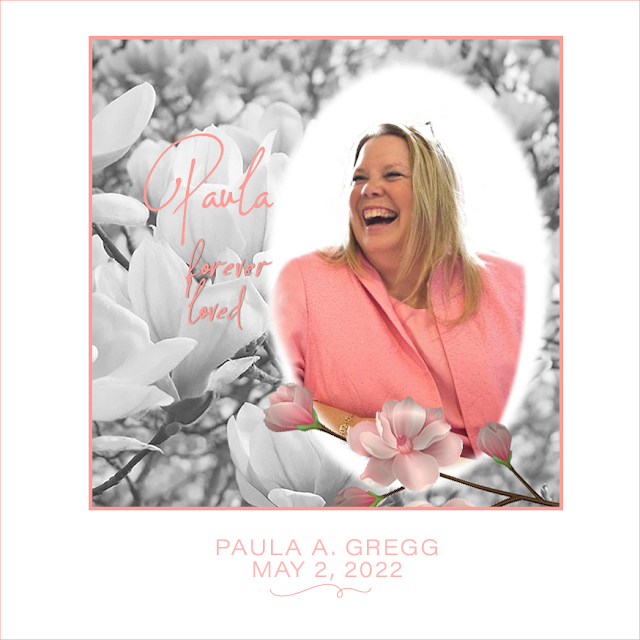 Photo credit Catblogosphere
The P.A. met Paula in Myrtle Beach, South Carolina during the 2017 Blogpaws Conference. She was a fabulous lady, a beautiful soul filled with endless kindness and light.
She will be missed so much, not only by the cat blogging and CWA community but by everyone who had the privilege to meet her.
Rest In Peace Paula

That's us done for today, Amber will be back on Friday with another fab book just for mew, we shared a fabulous What's in The Box post on Caturday, and if mew missed Sunday's post click here to join in Smooch's 11th Birthday pawty and Giveaway which is still happening in the bunker.